Latest COVID-19 Information
Boston University is closely monitoring the impact of the coronavirus (COVID-19). Please read the recent announcement from the president's office, and explore our COVID-19 website.

Form 1042S is a statement of earnings for international students who have declared a tax treaty during the previous calendar year. It reports earnings which were exempt under the tax treaty.

International students whose earnings exceeded their country’s treaty limit will receive both a Form 1042S and a Form W-2 and should not file a tax return until they have received both forms.

1042S statements are sent out by University Payroll during the month of March, typically during the third week of the month.  1042S  forms will be sent to the local address that appears on the Student Link, through the “Address and Phone” option, under the Personal Tab.   You can change that address by changing your address on file with the University Registrar or by notifying Student Payroll.

Submit address changes to Student Payroll in writing or via e-mail to seo@bu.edu. Include your name, BUID, and new address.

If you have not received your 1042S by the last week in March, mail or fax a Request for a Duplicate 1042S to the Student Payroll Office.

You may also request a duplicate 1042S by e-mail at nrapay@bu.edu.
Please be sure to include:

The Student Employment Office Staff is excited to continue supporting your employment needs over the summer!

Have a great (and safe) summer! 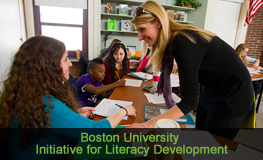