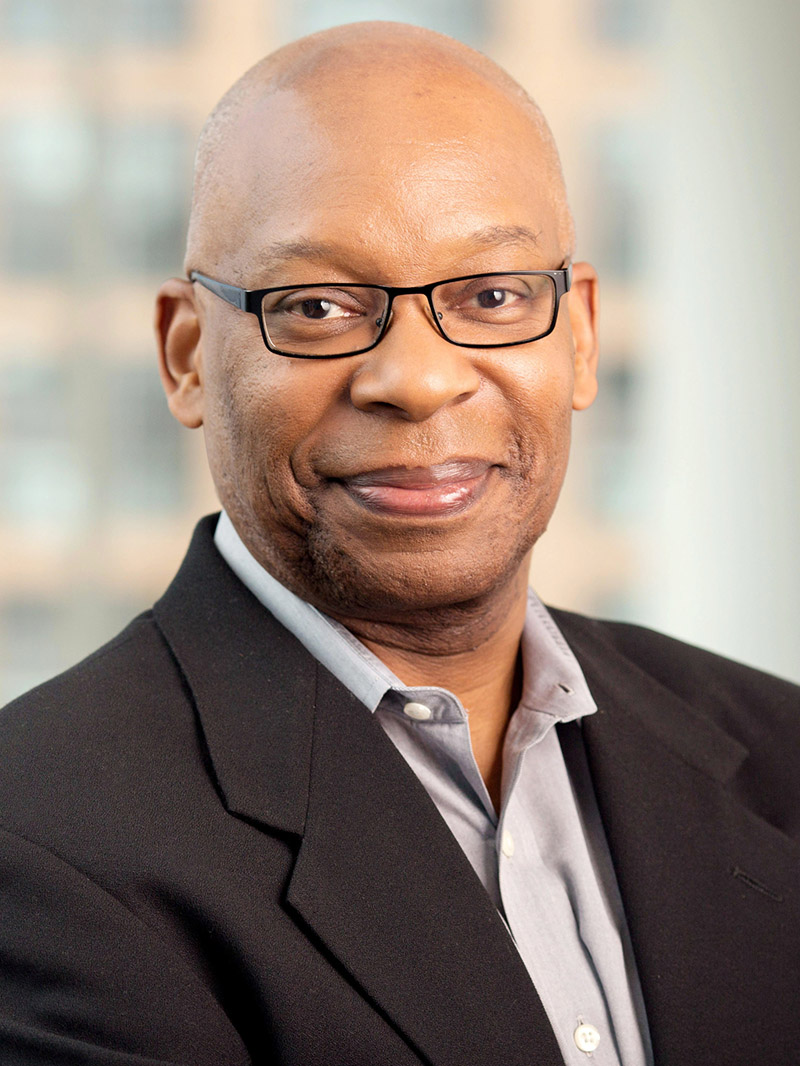 As NPR’s vice president of visual and music strategy, Keith Jenkins oversees much of this digital work. A former newspaper photographer, Jenkins (’82) says his role is the same as all journalists’: to help people understand their world. And as audiences move to new media platforms, he wants to meet them there. Earlier this year, for example, NPR launched a TikTok account where it has been providing significant coverage of the war in Ukraine, offering TikTok users trustworthy news while introducing NPR to new and younger audiences.

Jenkins has spent much of his career pushing traditional news organizations to embrace new technologies—helping the Washington Post integrate its print and digital newsrooms, hiring some of NPR’s first photographers and videographers, shaping multimedia storytelling at National Geographic. Now he’s back at NPR, delivering complex information via Instagram and TikTok.

“I think the emergence of technology at this point in time is really no different than when the printing press was invented, or even radio,” Jenkins says. “The goal of journalism is always to get information to people as quickly and efficiently as possible. I’ve personally always been comfortable with new tools and processes and have, as a result, often found myself living on the cutting edge within my organizations, which is not always a comfortable place to be.”

I used to frequently tell people that everybody should go through the first year of law school because it makes you a better thinker, and I wholeheartedly believe that. I wouldn’t be where I am today had I not had the experience of law school.

Jenkins discovered his love for photojournalism while he was a law student. While he never ended up practicing law, he still values his legal education. His background helps him work smoothly with NPR’s legal teams, discussing rights clearances and funding opportunities. Beyond that, Jenkins says his legal training has taught him to be a critical thinker, a valuable skill for a journalist and a manager.

“I used to frequently tell people that everybody should go through the first year of law school because it makes you a better thinker, and I wholeheartedly believe that,” he says. “I wouldn’t be where I am today had I not had the experience of law school.”

Jenkins is especially glad he chose to attend law school in Boston, an education hub full of students and academics willing to experiment and embrace the idea that learning is a lifelong endeavor. Living in that environment, he says, helped him take the leap from law to journalism—a move he’s never regretted.

Some of the earliest pictures Jenkins has of himself show him with a camera in hand, “but I grew up not really thinking about being visual artist, being a photographer,” he says. “My parents were pretty traditional. You had your options: you could be a doctor or a lawyer.”

While studying law at BU, Jenkins pursued photography on the side and made connections with Boston-area photographers, one of whom took him to Louisiana as an assistant on a shoot. The friend hoped the gig would illustrate the difficulties of photography and convince Jenkins to stick with law.

“But it had the opposite effect,” he says. “I enjoyed every minute of the trip and the work. It lit a bit of a fire under me.”

After graduating, Jenkins spent a year building a photography portfolio and then started landing freelance jobs for the Boston Globe and the now-defunct Boston Phoenix. He was soon working as a staff photographer for the Globe and then the Washington Post.

In 1996, he became director of photography for washingtonpost.com, the first of many jobs that required him to experiment with new digital technologies and forms of storytelling. After a stint at America Online and a return to the Post, he joined NPR in 2008, where he was tasked with building a visual presence for the radio network. He assembled a talented staff of audio-visual journalists who won a spate of awards, including NPR’s first Emmy for an installment of its Project Song series.

In 2013, National Geographic recruited Jenkins to help the company build a stronger digital presence. There, he led a complete overhaul of nationalgeographic.com and worked to cultivate a digital-friendly culture at a company that had focused on printed magazines for more than 100 years.

As NPR’s vice president of visual and music strategy, Keith Jenkins oversees a visuals team of about 30 photographers, photo editors, and videographers.

Following National Geographic’s merger with 21st Century Fox, Jenkins returned to NPR as director of visual journalism in 2017. His responsibilities have gradually expanded, and today he oversees a visuals team of about 30 photographers, photo editors, and videographers who take and edit many of the photos that appear on NPR.org and also create photo essays and short-form documentaries for NPR.org and NPR’s social media channels. He also oversees NPR Music, a team of journalists who write about music and create music-themed content such as the multimedia programs All Songs Considered and Turning the Tables and, of course, Tiny Desk Concerts.

Jenkins’ role involves securing grants and other funding, helping to launch pilots and special projects, reviewing and steering work in progress, and lots of time in meetings ensuring his teams are headed in the right direction and have the resources they need to create compelling content.

“When you see amazing work published that you’ve either had a hand in or enabled somebody else to create, that’s the most rewarding thing—especially today, with visuals being so dominant in communication,” Jenkins says. “You have to provide the right visuals because they’re critical for helping people navigate the world.”