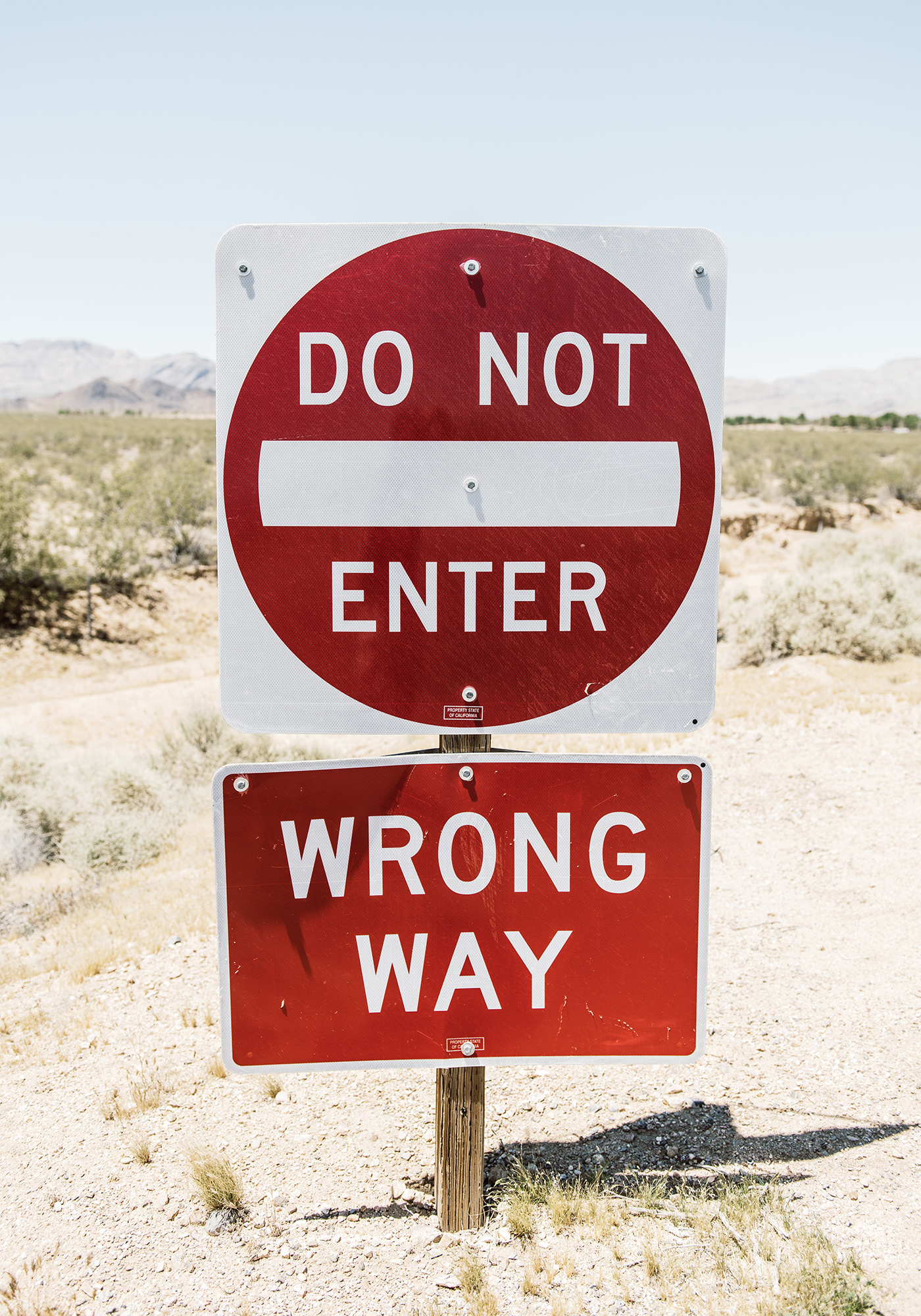 Photo by Tim Mossholder via Unsplash

Denial of Justice for Trafficking Survivors

When Congress passed the Trafficking Victims Protection Act in 2000, it was heralded as lifeline for immigrant survivors of human trafficking. The act created the T visa program, which was designed as a pathway to important protections for trafficking survivors by providing them with work authorization, eventual access to public benefits, a green card or permanent legal status, and the ability to petition for family members.

The T visa program has helped many people obtain immigration relief after surviving profound trauma, but it has been historically underutilized. Although 5,000 T visas are available to survivors each year, generally fewer than 2,000 are granted. And when the Trump administration implemented restrictive policies related to T visa applications in 2018, denial rates began rising. That’s when Julie Dahlstrom, clinical associate professor and director of the Immigrants’ Rights & Human Trafficking Program at School of Law, and Heba Gowayed, Moorman-Simon Assistant Professor of Sociology at the College of Arts & Sciences, teamed up to examine the program. The project—funded by a grant from the BU Center for Antiracist Research—seeks to understand, two decades after the creation of the T visa, how the program is functioning. Is it working to protect those most vulnerable? Or, in fact, are there survivors who are unable to access the program?

Dahlstrom and Gowayed spoke to The Record about their project and the report they have written based on some of their findings.

*This interview has been edited for length and clarity.

The Record: How did you approach this research?

Dahlstrom: First, we conducted a survey of 196 legal practitioners, and we asked what they were seeing in terms of trends by the agency that’s adjudicating these cases. Then we engaged in about 40 qualitative interviews with legal practitioners to understand what they perceived as the challenges that immigrant survivors were facing.

Gowayed: In those conversations, we asked these survivors what their lives were like before they left their country of origin, how they got to the United States, what their expectations had been for these jobs, which they thought were going to provide them with stable incomes but ended up being exploitative situations. I also spoke to survivors of sex trafficking who found themselves being exploited and abused by people they thought they could trust. The result of these experiences was that people ended up with a lot of trauma. Those conversations were really illuminating because they captured how, despite the existence of legal protections, the pathways to them can be long and arduous, particularly for people who are already marginalized, like women, non-white people, LGBTQ+ people.

Dahlstrom: In addition to that work, we sought access to data not previously available from US Citizenship and Immigration Services (USCIS), the agency that decides T visa applications. To date, USCIS has released limited information about the T visa program. So, in 2020, I submitted two Freedom of Information Act (FOIA) requests to USCIS seeking information about denials, requests for evidence, rejections, and about other practices by the agency.

When we did not receive a response with data for about two years, Professor Gowayed and I filed a request for expedited processing and a federal FOIA lawsuit against the US Department of Homeland Security. Due to the litigation, we eventually obtained data that, until now, has not publicly been released. We seek to make all the data available to advocates, researchers, and survivors.

The Record: What is in the data that you received from the FOIA suits?

Dahlstrom: First, the data shows us that the T visa program—one intended to provide protections—exposed some to greater risk of deportation. We obtained data about “notices to appear,” the charging document that starts deportation proceedings in immigration court. During the Trump administration, there was a new policy in 2018 to issue notices to appear to applicants who were denied T visas. This policy was a dramatic departure from years of agency practice, which had been to encourage immigrant survivors to step forward and take no action on denied applications. As a result, immigrant survivors, if denied a T visa, were at great risk of removal. At the same time, advocates reported that the agency issued more requests for evidence and increased denials, exposing more survivors to a risk of deportation. As you can imagine, these practices left survivors terrified and afraid to step forward.

Over four years later, we still have little data about who was impacted by this policy. This is why the FOIA litigation was so important. We now know that 236 T visa applicants were issued notices to appear to place them in removal proceedings.

The data we obtained also shows how the agency made it harder for immigrant survivors to access the T visa program. There has been a significant increase in requests for evidence, and advocates reported that many of these requests were duplicative and overly cumbersome. It’s significant because immigrant survivors of trafficking, as you can imagine, face profound challenges gathering evidence. They often experience trauma and fear reprisals from their perpetrator. For this reason, the legal standard is that they can submit “any credible evidence” of their victimization, and these rising requests for evidence signal that USCIS is not applying this standard across the board.

Gowayed: To me, the data that we received from the FOIA suits is indicative of how legal protections can be politicized and how tying an enforcement apparatus to our legal protections, particularly to our immigration protections, can be detrimental. It shows us that the logistics of accessing the law are just as important as the text of the law. And so long as there’s executive discretion over the logistics of accessing the law, it can be used politically.

The Record: The Biden administration reversed the Trump administration’s policy on notices to appear. How has that impacted the T visa process?

Dahlstrom: It’s tremendously important in terms of signaling to immigrant survivors that they can feel safe filing for the T visa, and that stepping forward won’t put them at greater risk of deportation. Yet, reverberations of former President’s Trump’s policy remain. Some survivors feel that a future administration might reinstate the policy. There is still uncertainty and fear.

Gowayed: We don’t have these numbers because you can’t see who doesn’t apply out of fear. But, if you’re undocumented and you’re applying for legal protection that might result in your being deported at the end of the process, that’s a very different calculation. Even under the Biden administration, there are things that can be rectified about this policy—such as its requirement to engage with law enforcement, which our interviews show does potentially dissuade people from participating, or the long times that it takes to actually secure the T visa—that are shaping access to this support.

Data like this becomes fuel for social justice. When we do our work in isolation, without being able to see what others working toward the same thing are experiencing, it becomes much harder to organize around getting better access to legal resources for clients.

The Record: How does the FOIA data correspond to the data you gathered from the survey and qualitative interviews?

Data like this becomes fuel for social justice. When we do our work in isolation, without being able to see what others working toward the same thing are experiencing, it becomes much harder to organize around getting better access to legal resources for clients. It becomes much harder to advocate for better protections. And so, what these two sets of complimentary data show is that the access to this legal protection has been arduous, even prior to the Trump administration. And that the documentation that’s required, and the expectations made of survivors in terms of how long they have been in the country or how they entered the country, continue to make the process difficult.

The Record: What conclusions can you draw from the data you received and gathered?

Gowayed: For me, the thing that stands out is this issue of the denial of justice, even when the text of the law should afford justice and should afford support to those clients. The danger of that denial of justice is that with each individual person whose pathway to legal status is interrupted, that means that they’re not able to work, they’re afraid of accessing healthcare, they’re afraid of accessing education, they’re afraid of being too exposed, because all those things can result in deportation. This can negatively impact not only the individual but also their family, loved ones, and community.

Dahlstrom: We see that the existence of protection itself—the availability of the T visa—is not sufficient alone to ensure that survivors have legal protection. All of this points to the importance of transparency. Without transparency, we can’t see why the system is failing some applicants. We can’t improve the system. We can’t ensure that survivors, especially those most marginalized, can access this important legal avenue. And, as we can see from the data, the lives of survivors are at stake.

Barriers to Legal Protection for Immigrant Survivors of Human Trafficking

Denial of Justice for Trafficking Survivors