Unni Turrettini (LLM’03) drew on her legal training for her book about lone wolf killers. 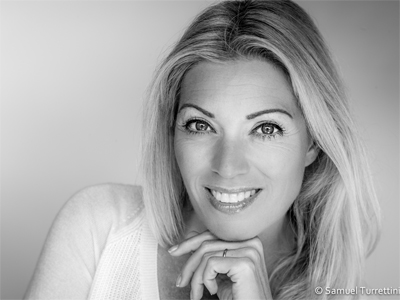 For more than a decade, Unni Turrettini’s (LLM in American Law ’03) career path was all about law. From a young age, she knew she wanted to study law, and chased the dream through law school in Europe, an LLM in American Law at BU Law, and multiple jobs as an in-house lawyer. But in 2011, terror struck, and her goals slowly shifted from law to writing.

In Norway on July 22, 2011, Anders Behring Breivik detonated a bomb at a government building, and then shot hundreds of victims on Utøya Island. The first devastating massacre in Norway since World War II, Breivik’s attack sent the country into turmoil. Turrettini, like many others, was in disbelief. “I didn’t understand how something like this could happen in my home country,” she says. Her curiosity, shock, and horror at the massacre consumed her, and she felt compelled to understand it somehow. After several years of research and writing, her debut book, The Mystery of the Lone Wolf Killer: Anders Behring Breivik and the Threat of Terror in Plain Sight was published.

Before Breivik’s massacre, and fresh out of high school in Kansas where she studied as an exchange student, Turrettini jumped into law school, earning degrees in European law and public international law in Oslo and Paris. After a handful of years working as an in-house lawyer for Sherman and Sterling in Norway, she returned to the US to get her LLM in American Law from BU Law.

Turrettini’s time at BU Law proved fruitful. Though she had initially selected BU Law to experience life in Boston, she soon came to love her coursework and the supportive academic environment. She was impressed by the participation, preparation, and motivation of her fellow students, and enjoyed the debates and discussions in her classes. “I learned so much at BU Law,” Turrettini says. “I loved learning in smaller classrooms—it gave me the opportunity to develop connections with my professors and fellow students.”

With LLM in hand, Turrettini returned to Europe to work and raise a family—eight years later, the Breivik attacks happened. Overcome by sadness for the people of her country, Turrettini tried to make sense of the attacks. “One in four Norwegians knew someone who died,” she says. “It was essentially the Norwegians’ 9/11.” Her free time became devoted to researching the attacks and the man behind them.

From Lawyer to Author

Turrettini’s experience practicing law came in handy throughout the researching and writing processes. Her legal background had trained her to be a disciplined and independent worker, which helped with the extensive research—she was used to gathering information, putting it all together, and conveying it clearly on paper. Additionally, her legal expertise granted her a thorough understanding of Breivik’s case and his sentencing, which she could apply to other lone wolf killer cases. “I feel like I’ve found my calling as a writer,” she says. “I love law, and I loved studying it, but practicing law wasn’t for me.”

Turrettini’s process began with endless internet research, Googling both Breivik and other lone wolf killers. From there, she interviewed professionals in psychology and law enforcement to learn about the motivations of lone wolf killers. Through these interviews, she came across Kathleen M. Puckett, PhD, an FBI profiler who became a close friend to Turrettini and would eventually write the forward to her book. Dr. Puckett introduced her to several people working in counter terrorism and consulting for the CIA and the FBI who provided valuable insight. Though Turrettini had never considered writing a book before, she knew her countless hours of research and interviews could have a significant impact on how people understand lone wolf killer mentality.

Her book underway, Turrettini realized that her “training in legal writing and writing contracts wasn’t great for storytelling.” Through a friend, she was introduced to a writer in California who worked with Turrettini via Skype and occasional in-person workshops. After two years of researching and polishing her writing, her book was published in November 2015.

The Mystery of the Lone Wolf Killer balances analysis of Breivik’s attack and his trial with close examination of the minds and motivations of other lone wolf killers, like the Unabomber, Ted Kaczynski. This breed of mass murderer is the result, Turrettini suggests, of a very specific set of circumstances and life experiences. Lone wolf killers are not born killers, but they begin as highly sensitive children with attachment and parental issues. Though they are often incredibly intelligent, they lack social and emotional development, and find it difficult to make connections with others. “Lone wolf killers replace the connection to people that they can’t make with a connection to an ideology—it doesn’t matter what it is, but it’s always hateful,” Turrettini explains. “They’re all anti-something.” As a result, many join hate groups, only to find that their social isolation prevents them from fitting in there, too.

The key to preventing lone wolf attacks, Turrettini believes, is through education and awareness. While parents and schools have a responsibility to teach children kindness and inclusiveness, Turrettini believes, governments must operate efficient preventative organizations, like the FBI’s Behavioral Threat Assessment Center. However, the real work must be done at the local level, where communities can work to ensure that mental health is addressed through education and open communication.

With her first book under her belt, Turrettini has already started working on a second book: an analysis of the methodology of the Nobel Peace Prize committee. She continues to practice writing, and often blogs for The Huffington Post.