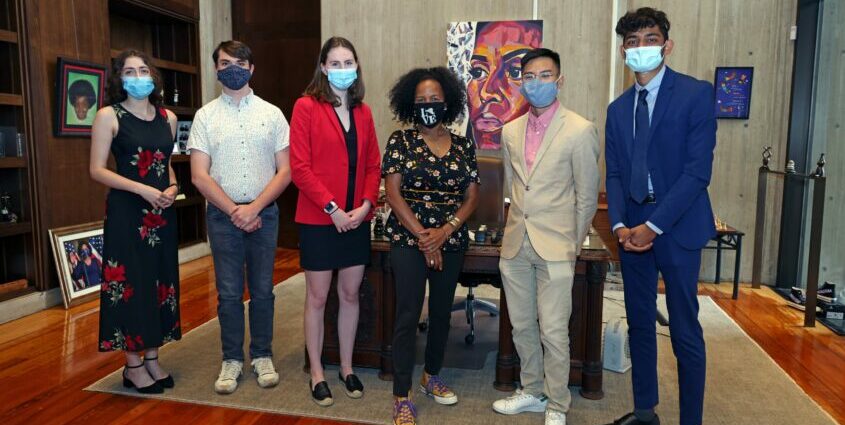 Building off Boston University’s strength and commitment to Boston Public Schools (BPS) graduates through the Menino and Community Service Scholarships at BU, The University launched the City Scholars program in Summer 2016. The Boston University City Scholar Summer Fellowship Program matches rising juniors and seniors with emerging leaders within City Government for a summer fellowship. In addition to being a rising BU junior or senior the students must be a current BU Community Service or Menino Scholar in good standing. The goal of the program from the outset has been to showcase and deepen BU’s talent visibility within city hall with Boston Public School graduates who are studying at BU.

The Office of Government & Community Affairs (GCA) has targeted well thought out mentors within city government who take a special interest in the City Scholars summer experience and place them in meetings that most undergraduate interns would not be exposed to. Many of the students have had direct exposure to working with cabinet level members of the Mayoral Administration.

GCA meets with all of the summer scholars in order to best match them with the right manager and experience. Careful thought is given to exposing the student to areas of government they may have not even thought about before.

Past placements have included:

Fellowship applications open in the Spring and are distributed to all Menino and Community Service Fellows who will be rising juniors and seniors over the upcoming summer.  For more information on this program please email gca@bu.edu