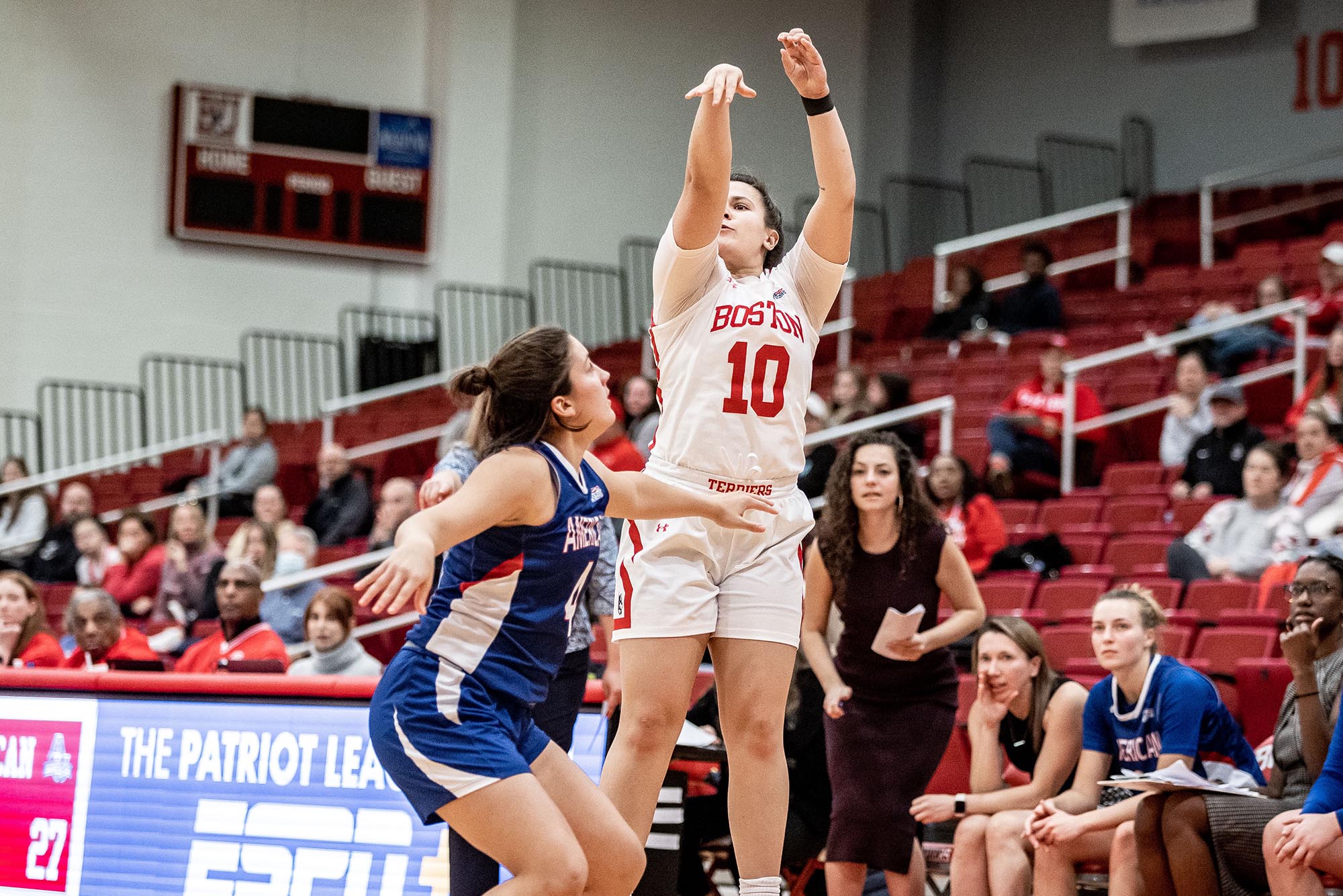 Editor’s note: This story was updated January 19 after the Terriers 84-41 win over Navy.

Bombs away! That’s the approach working to perfection so far for the Boston University women’s basketball team. Not only are the first-place Terriers 7-0 in the Patriot League (12-6 overall), but they are also leading the nation in three-point shooting, sinking 122-294 long-range shots for a 42 percent clip.

The only other schools shooting three-pointers above 40 percent are Gonzaga, the University of Illinois, and Colorado State.

All those buckets pay off. When the team scores 65 points or more, they are a stellar 10-2.