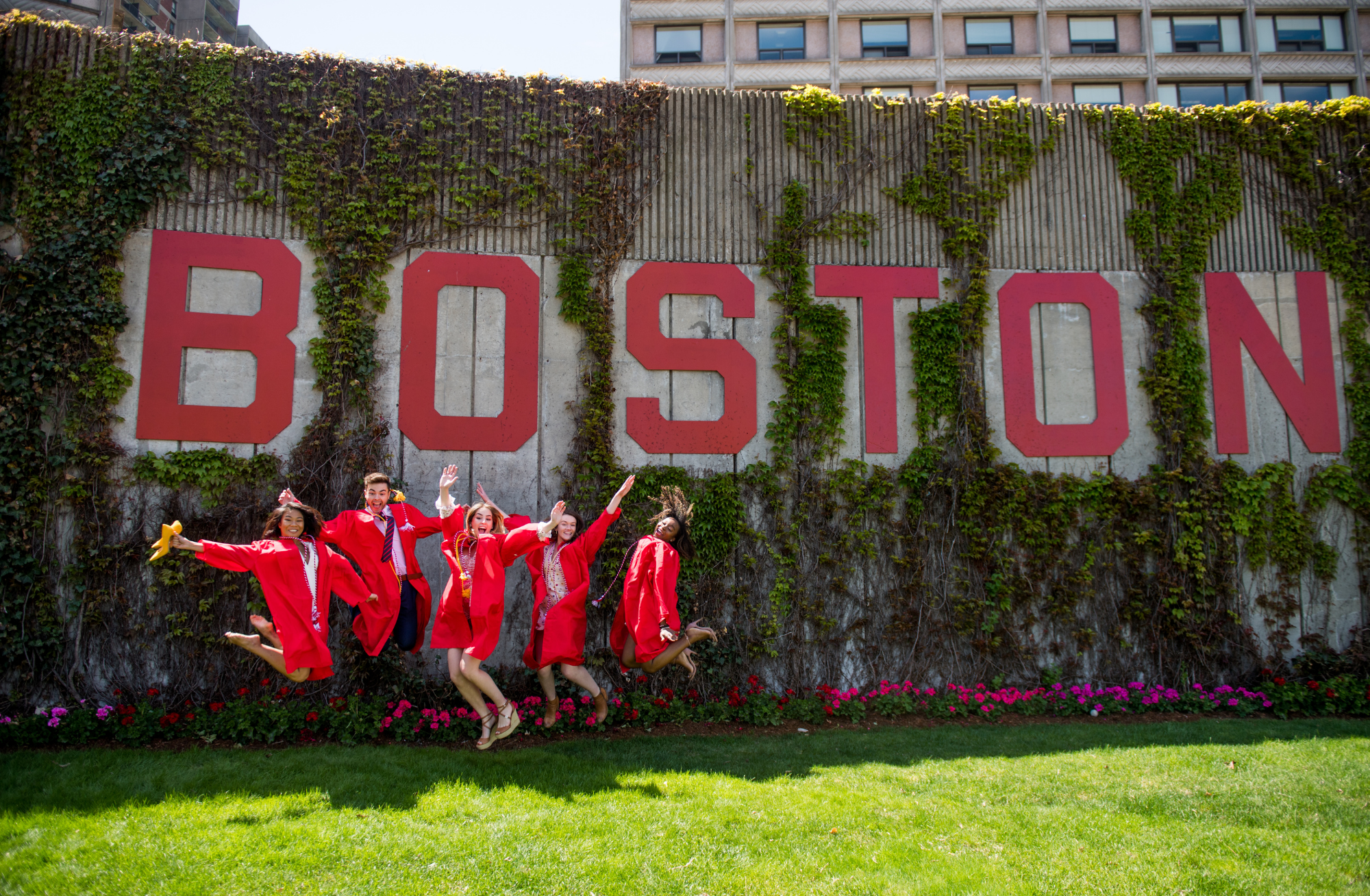 Make Your Commencement Photos Pop with These Clever Hacks

Simple tricks to help step up your photo game

With Commencement 2022 just around the corner, we’ve compiled a list of clever tips and tricks to enhance all your graduation photos.

The “rule of thirds”:

Ever use the grid lines on your phone’s camera to get a better shot? Then you’ve used the “rule of thirds” before. The rule is a composition principle that suggests an image should be separated into thirds, both vertically and horizontally, making nine different parts. The idea behind it is that by placing the object or person of interest in these sections, your photo will be more balanced and easily draw in the eye.

Trying to figure out how to turn your camera grid on? Here’s how:

Use negative space to your advantage:

“Negative space” is defined as the space around the subjects in your photo; using it correctly can really make an image shine. By playing with negative or “white” space in your image, your grad photos will have your followers tapping the like button faster. Looking for some good examples of spaces on or near campus with lots of negative space? Stop by the Esplanade, the BU Beach, Nickerson Field, Marsh Chapel, or Bay State Road. Not near any of those places? No worries. Simply point your camera to the sky.

Ever take a selfie and the photo appears a bit different than how you saw yourself in your front-facing camera? That’s probably because most cell phone cameras will take a mirror image photo of you by default. By turning on front camera mirroring, your photos will appear exactly as you see them before you hit the shutter button.

Trying to figure out how to do this? Here’s how:

Avoid zooming while taking your photos:

Many cell phone cameras have default zoom options of 0.5x, 1x, and 3x. Stick with those if you want a good shot, zooming beyond those settings will decrease the quality of your photo. Instead, snap your photo using one of the presets and then zoom in during the editing process. If the zoom options aren’t cutting it, try moving closer to the subject in the photo. Your friends will thank you later when you tag them in a crisp, high-resolution Commencement photo.

Posed shots are great and all, but capturing a smiling grad mid-hug with friends or jumping on the BU Seal is much cooler. What’s the best way to do this? Simply take as many photos as possible. Having more options will make it easier to find the best shot amidst the “OK” ones. Candids not cutting it? Take a “plandid” instead. When taking photos, have your friends fake a laugh or plan an action to take. Trust us, those viewing your posts on social probably won’t know the difference.

While most smartphones provide filters within their camera app, editing apps such as Adobe Lightroom give users a more intricate, and broader, range of effects and techniques. Through Adobe Lightroom, users can choose from a wide selection of filters or import their own. In addition, users can create their own presets and filters and save them within the app to use later on.

Other great editing apps include:

Boston University’s 2022 Commencement weekend is May 19 to 22. Be sure to use #BU2022 on all of your Commencement photos for a chance to be featured on the Jumbotron at Sunday’s main event on Nickerson Field.

Make Your Commencement Photos Pop with These Clever Hacks