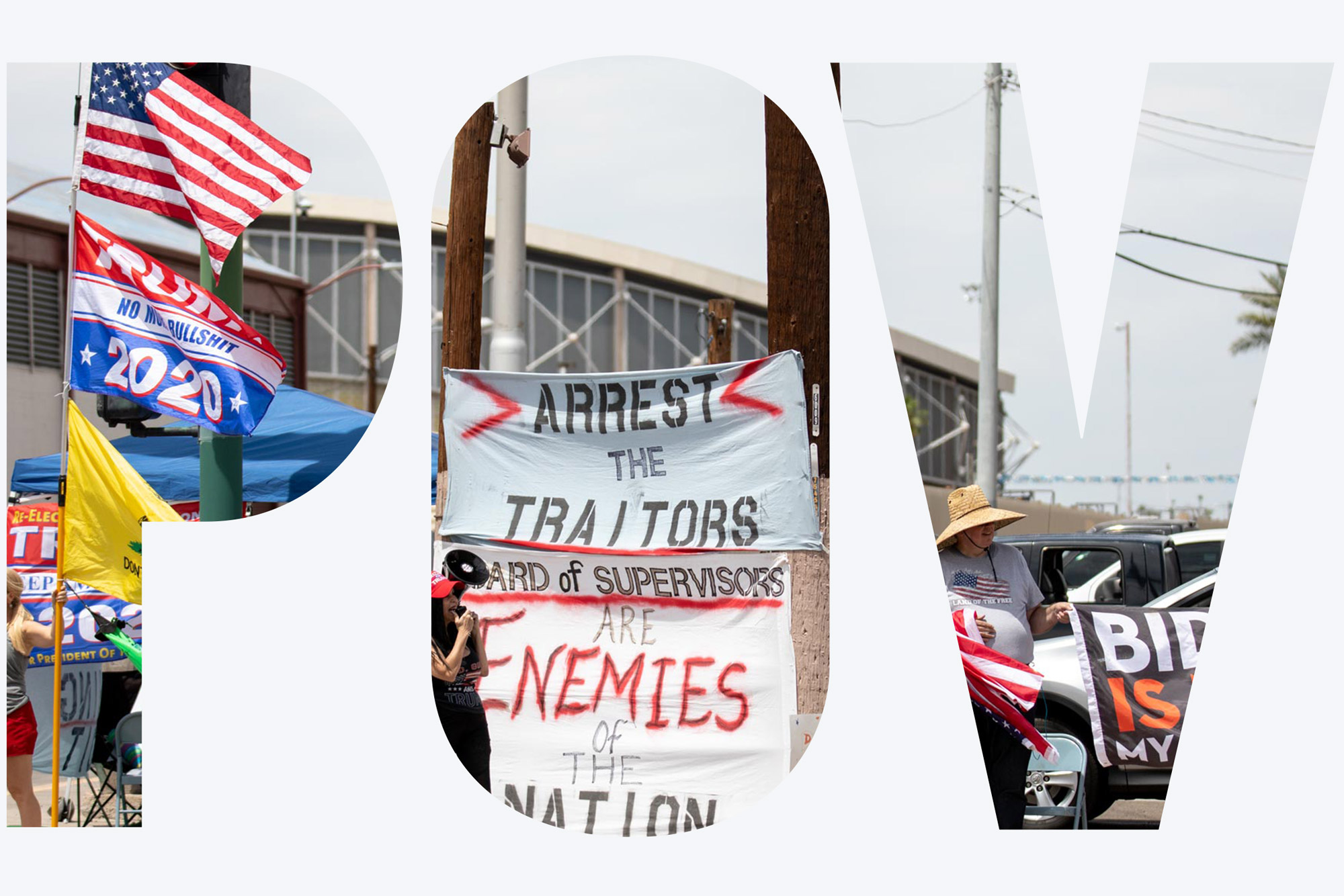 We are having the wrong national-security debate in this country. Neither Russia’s nuclear arsenal, China’s rapidly modernizing nuclear force, or even North Korea’s advancing nuclear capability pose the most pressing existential threat to this nation.

International and domestic disinformation campaigns targeting Americans is our most pressing and dire threat to the security of our republic.

These campaigns have weakened our nation to the point that we can’t agree on basic scientific facts or on a fundamental democratic issue—who won the 2020 presidential election. If some of our citizens, along with members of the US House of Representatives and the US Senate, are still debating whether the 2020 election was stolen, then our problems run much deeper than worrying about the size of our adversaries’ nuclear forces. The greatest existential threat to the United States of America is the fracturing of our democracy and the intentional misleading of facts to support political agendas.

The insurrection at the US Capitol on January 6 was a watershed moment for our country: the horror of that day should have brought Americans closer together to fight evil on our doorstep. The symbol of democracy for this nation—the People’s House—came under attack. The few hours and days of solidarity that followed quickly eroded into splintered political factions. The fact that the Joint Chiefs of Staff, the most senior officers in the US military, felt compelled to sign a letter sent to all service members just days later, stating they would follow the Constitution of the United States, highlights the fragility of our democracy.

Now, seven months after the election, we’re still debating who won. The latest CNN/SSRS survey, released on April 30, found that a majority of Republicans polled believe the false allegation that President Biden did not legitimately defeat the former president. Casting doubt on an election has deep consequences to the national security of this nation. If members of a political party believe that the election was stolen, how are we able to come together as Americans when an external crisis confronts this country?

America’s biggest threat is internal—it is ourselves. Russia’s election disinformation campaigns in 2016, 2018, and 2020 amplified the polarization that already existed in this country. If allegiance to a political party comes before maintaining and repairing our democracy, then we are allowing this nation to crumble before our very eyes.

The greatest existential threat to the United States of America is the fracturing of our democracy and the intentional misleading of facts to support political agendas.

The strength of our country can’t simply be measured by the number of planes, ships, tanks, submarines, or nuclear weapons in our inventory. A vibrant and well-functioning democracy is the greatest weapon in our quiver. It was a key element of our strategy in winning the Cold War against the Soviet Union. Today, Russia and China are on the sidelines watching us implode from within. Our elected leaders need to heed the warning so elegantly stated by President Washington in his farewell address: “The alternate domination of one faction over another, sharpened by the spirit of revenge natural to party dissension, which in different ages and countries has perpetrated the most horrid enormities, is itself a frightful despotism.” Our animosity towards each other is weakening our democratic foundation.

A democracy requires an educated and well-informed populace. Teaching civics in our schools must be as foundational as reading, writing, and arithmetic. Understanding the roles, responsibilities, and independence of the executive, legislative, and judicial branches of government is an absolute must before students graduate from high school. We should all be embarrassed and deeply concerned that only 36 percent of Americans can pass a multiple-choice test with questions taken from the United States Citizenship Test, according to a report by the Woodrow Wilson National Fellowship Foundation. It is virtually impossible to maintain a healthy democracy when most American’s can’t pass a simple citizenship test. Being patriotic is much more than waving the American flag—it is understanding how your government functions and your role in it.

Debating the issues and voicing opinions is the hallmark of our democracy. However, the dialogue must be based on facts. There is no such thing as alternate facts. If we’re going to solve a multitude of complex domestic and international issues confronting this nation, we need to agree on what is factual first and then we can debate potential solutions. The twisting of facts erodes confidence in our elected officials, the media, and how we deal with each other. If disinformation becomes the new political norm in the United States, as it appears it has, then we are assisting autocrats in Russia and China in pitting Americans against Americans.

To save our nation, we need to focus on repairing our democracy. Increasing the defense budget or modernizing our nuclear arsenal will not make America stronger. The smoldering embers of our discontent are now a full-fledged fire. It’s time we look into the mirror and realize Russia and China are not destroying America—we’re doing it for them.

Jack Weinstein is a Frederick S. Pardee School of Global Studies professor of the practice of international security. He served 36 years in the US Air Force, culminating as the deputy chief of staff for strategic deterrence and nuclear integration at the Air Force Pentagon headquarters. He can be reached at weinstej@bu.edu.

There are 6 comments on POV: America’s Greatest National Security Threat