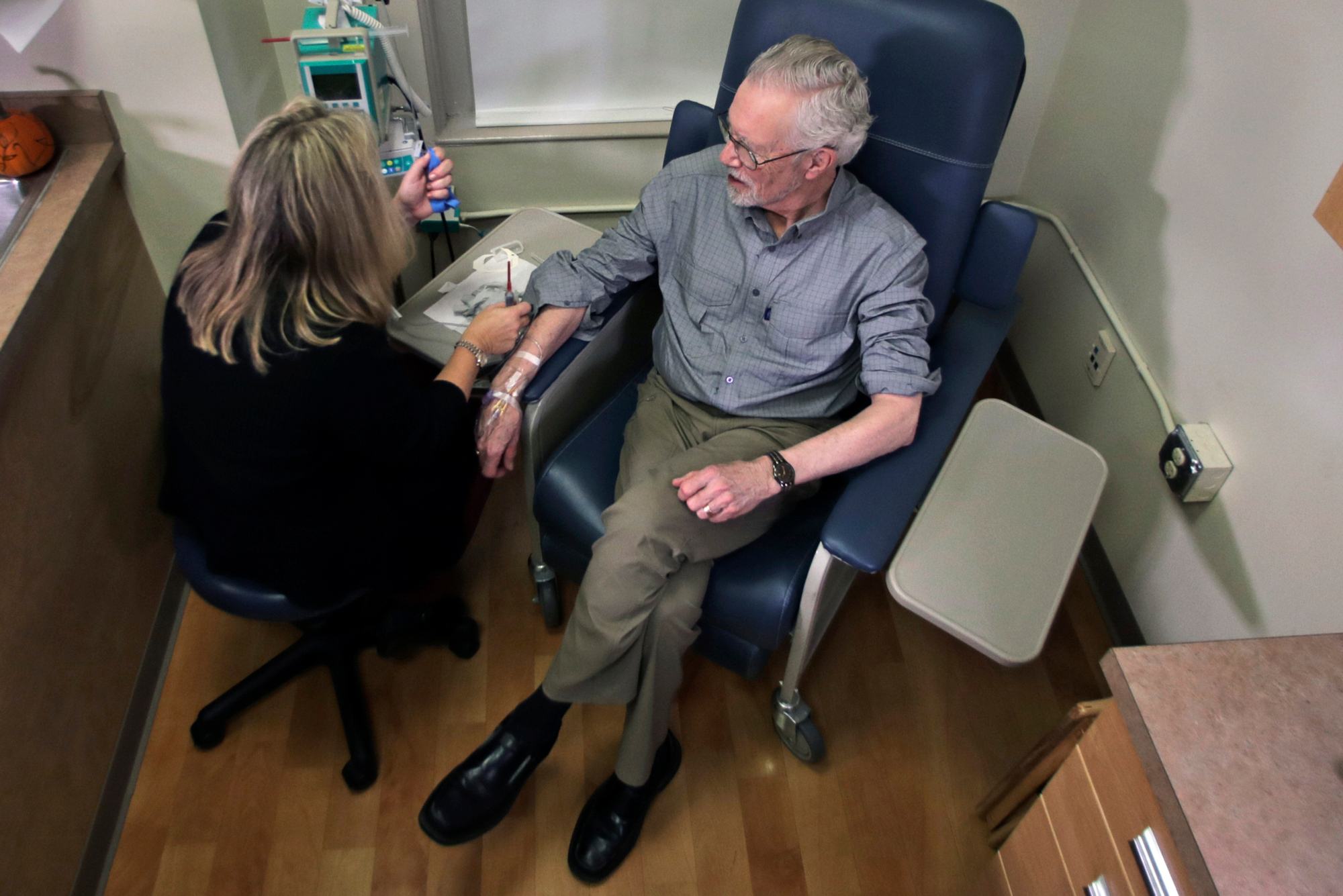 For the first time since 2003, a new medication to help slow the cognitive decline caused by Alzheimer’s disease was approved on Monday by the US Food and Drug Administration.

The drug from the biotech giant Biogen is called aducanumab (the brand name will be Aduhelm) and is aimed at people who have shown signs of early-stage dementia caused by Alzheimer’s disease (AD). What makes it especially momentous is that unlike previous approved treatments that helped ease the symptoms of Alzheimer’s, the new medication is designed to actually slow the disease’s impact on brain function.

The news was not without controversy. In an unusual step, Biogen has been told by the FDA that it must still conduct studies, post-approval, confirming that aducanumab works. The decision was made under the agency’s accelerated approval process, which allows for earlier approval of drugs treating serious or life-threatening conditions.

In a lengthy statement from the FDA, Patrizia Cavazzoni, director of the FDA’s Center for Drug Evaluation and Research, said that clinical trials showed that the reduction in plaque “is expected to lead to a reduction in the clinical decline of this devastating form of dementia.”

But she also acknowledged that there has been widespread debate about the drug and how effective it will be. Ultimately, she said, the FDA “concluded that the benefits of Aduhelm for patients with Alzheimer’s disease outweighed the risks of the therapy.”

With this significant news Monday, The Brink spoke with Benjamin Wolozin, a Boston University School of Medicine professor of pharmacology and experimental therapeutics, whose research includes examining neurodegenerative diseases, such as Alzheimer’s, ALS, and Parkinson’s.

Were you surprised that the FDA approved the Biogen drug given the issues around it?

I wouldn’t have been surprised either way. It was a really tough call on the part of the FDA. This is an important event, but therapeutically, it’s a modest event. It’s not a panacea and will cost a lot of money on the financial healthcare system. It might be that this is the first thing, but there might be other treatments coming along that might be better.

Why do you say it’s only a modest event therapeutically?

The reality is most patients won’t see the benefits of it. The benefits of this drug vary a lot depending on the stage of the patient and their disease. It slows things down, but only in the context of each person. One patient might proceed slowly, another might proceed rapidly. It’s also important to remember that almost half the patients had pretty severe side effects. But then again, Alzheimer’s is also pretty bad.

There will definitely be some people who will try it, because part of life is about having hope. So, this is a huge deal in many ways. For everyone involved it’s going to incentivize everyone. But you also have to anticipate you will have some people who will reasonably question the amount of money that has to be paid; questions will rightly be asked about cost on the healthcare system.

Having said all that, just how big of a deal is this news for people with Alzheimer’s and researchers who have spent decades trying to treat it?

This is immensely important for two reasons. The FDA approval provides affirmation at the conceptual and therapeutic levels. From the conceptual level, this provides a strong statement indicating that beta-amyloid protein is a disease-modifying target for Alzheimer’s disease. The years of therapeutic failures have led many in the field to question the foundational hypothesis of Alzheimer’s disease, the amyloid cascade hypothesis. The ability of this hypothesis to generate an FDA-approved medicine provides important validation for this hypothesis. The value of the FDA approval for therapeutics is even larger. Alzheimer’s disease is actually a very heterogeneous disease. There is a strong possibility that prior clinical trial failures occurred because of patient heterogeneity; many of the patients put in clinical trials previously often did not actually have Alzheimer’s disease (the diagnosis just wasn’t good enough!). The Biogen trial used advanced, sophisticated (and very expensive) methods to make sure that all of the patients being tested actually were accumulating beta-amyloid, and also added in genetics. It was this vast effort that provided a trial of sufficient quality to enable a successful testing of the therapeutic.

The successful therapeutic is also huge for industry because it means that it is possible to make money on an Alzheimer’s drug. Many, many companies have been shying away from investing in AD drugs because of the immense failure rate. This will now change.

Biogen’s new Alzheimer’s drug has failed clinical trials in the past—what do you know about its efficacy?

Yes, it failed clinical trials. However, looking at those trials, I actually think there was a signal, but three issues reasonably prevented a positive outcome. First, the high variation in responses limited the statistical impact—the improved diagnostic and design approach in the new trial helped to overcome this. Second, if you look at the data, there actually looks like there is a trend in the right direction, but the number of patients being examined was not sufficient to overcome the variance (hence the decision to do a Phase III clinical trial with more patients). Third, researchers have to state the primary end point for a clinical trial before they start. The failure at Phase II occurred because the trial did not achieve statistical significance in the primary end point. But secondary analyses (which are not allowed as contributing to official conclusions from clinical trials) looking just at the ApoE3 genotype did show a positive effect.

Now that this drug is approved, do you think it will have broad use in patients with Alzheimer’s?

It will be used, but not as broadly as you might anticipate. Two factors could limit the broad utility. First, the drug is probably only beneficial to early-stage patients, and is unlikely to benefit people with moderate to late disease. Second, the cost of the drug will determine how widely it is used. Biogen spent $3 billion on the trial (including the cost of building factories to make the antibody). The high cost of this trial could impact what Biogen charges. If the medicine costs a lot, insurance will be more reluctant to pay for the medicine.

Can you talk a little about what this moment feels like? Are you hopeful, excited, or burned-out by the slow progress in finding new Alzheimer’s drugs?

I am very encouraged by the approval of aducanumab. I am thrilled that after such an immense amount of effort, we are beginning to see benefits for patients. This is wonderful. My excitement is muted, though, because I worry that the benefits of the drug will be moderate and somewhat difficult for an individual patient to observe.

What areas of Alzheimer’s research have the most potential in your opinion? Where do you predict the biggest gains in treatments will be made?

I anticipate that the field is going to move towards combination therapy, to block the disease at multiple levels. I think this will produce stronger outcomes.