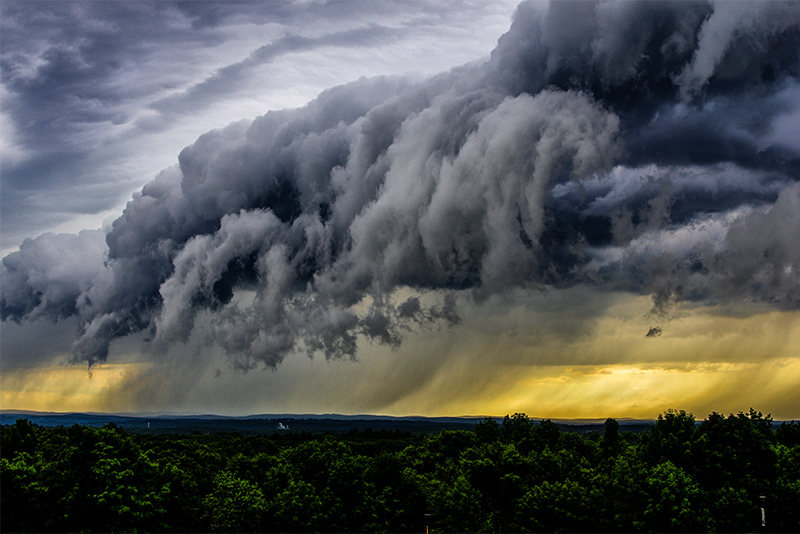 Are soil and rain somehow linked? New research in Science shows that they are—in a surprising way. Photo by cgouin/iStock

In 1881, a land speculator named Charles Dana Wilber wrote a book called The Great Valleys and Prairies of Nebraska and the Northwest, in which he, stumping for western settlement, coined a phrase: “rain follows the plow.”

The phrase captured a popular theory of climatology—that homesteading and farming could permanently change the climate of the arid West, increasing rainfall and turning the Great American Desert, as it was known, into a verdant paradise.

The idea, though lyric, turned out to be false. But scientists—as well as farmers, water managers, and urban planners—remained intrigued by the notion that soil and rain are somehow linked. Now, two scientists using comprehensive satellite data and sophisticated statistical techniques have proved that they actually are linked—but in an unexpected way.

The research, published in May 2016 in the journal Science, finds, as expected, that damp soil in the western United States indicates a higher probability of rain the next day. But surprisingly, the opposite is true in the eastern United States, where dry soil today means more likely rain tomorrow.

People have looked at this link between soil moisture and rainfall for a long time,” says Guido Salvucci, Boston University professor of earth and environment and co-author of the Science paper. “But we felt like scientists didn’t necessarily use the right statistical techniques, and they also didn’t have as high quality and long a data set as we had. So we revisited it.”

Samuel Tuttle (GRS’11, ’15), now a postdoctoral research scientist in civil and environmental engineering at the University of New Hampshire, began the work as a PhD candidate under Salvucci. After completing a project examining soil moisture data from NASA’s Aqua satellite, Tuttle decided to take the work one step further.

“We had this nice satellite data set of soil moisture, nine years long, every day from 2002 to 2011,” says Tuttle. He decided to use the data in a new way, “to diagnose the relationship between soil moisture on one day and rainfall on the next day.”

In the past, scientists had found a connection. It seemed that wet soil led to a higher probability of rain the next day. Tuttle and Salvucci were skeptical. Were the other studies really looking at the effects of soil alone? After all, rain can fall for many reasons: because moist air moved in from the ocean, or because a storm blew in from the mountains, or because of seasonal variations.

To figure out the effect of soil—and soil alone—on rainfall, Tuttle and Salvucci had to use a statistical technique called Granger causality, which cancels out every other factor. The results surprised them.

As other scientists had speculated, damp soil did predict a higher probability of rain the next day, but only in the arid West. The scientists aren’t exactly sure why this is the case, but they have some suspicions. “There are two main things you need to get rain,” says Tuttle. “You need water—moisture—and you need energy to lift that moisture into the air so it can condense into clouds.”

The West has solar energy to spare, says Tuttle, which heats the air into rising thermals that can lift both gliders and, it seems, water. “So, when you do get that moisture in the soil, that moisture can then evaporate, rise, and condense into clouds and rain.”

On the East Coast, with cooler and damper air, things are different. “It’s always humid in North Carolina,” says Salvucci. “But if you actually get drier soils for a few days, that’s when you get the thermals, which can then take that humid air, lift it up, and give you clouds.”

The researchers’ findings contribute to our overall understanding of weather, climate, and drought, and they may serve as a good check on climate change models. But here’s the real question: can we use this information to summon rain when we want it, or make it go away? Can we stop the sky from raining on our parade? Unfortunately, no.

“One of my neighbors said, ‘Hey, I’m going to send my kids out into the backyard to pour water on the ground, because we’re in the East, so that way we’ll have a nice dry summer,’” recalls Salvucci. “But no, I don’t think so.”

When Earth Speaks to Sky

There are 3 comments on When Earth Speaks to Sky