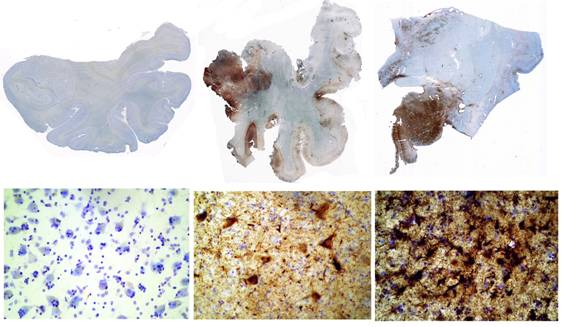 Boston University’s Chronic Traumatic Encephalopathy (CTE) Center conducts high-impact, innovative research on chronic traumatic encephalopathy and other long-term consequences of repetitive brain trauma in athletes and military personnel. The mission of the CTE Center is to conduct state-of-the-art research on CTE, including its neuropathology and pathogenesis, clinical presentation, genetics, and other risk factors, biomarkers, methods of detection during life, and methods of prevention and treatment.

The CTE Center is an independent academic research center located at the Boston University School of Medicine. It is part of the Boston University Alzheimer’s Disease Research Center (BU ADRC), which was established in 1996 as one of 38 ADR Centers in the U.S. and funded by the National Institutes of Health to advance research on Alzheimer’s disease and related dementias.

In collaboration with the VA Boston Healthcare System, the Concussion Legacy Foundation, and other NIH-funded ADRCs, the BU CTE Center conducts high-impact, innovative research on chronic traumatic encephalopathy and other long-term consequences of repetitive brain trauma in athletes and military personnel.

Research conducted at the CTE Center continues to lead the field in furthering the understanding of mild traumatic brain injury (mTBI) and Chronic Traumatic Encephalopathy (CTE). The UNITE Brain Bank is the largest tissue repository in the world focused on traumatic brain injury (TBI) and CTE. The UNITE Brain Bank contains more than 1,200 brains, including over 700 brains that have been diagnosed with CTE using the recently defined NINDS criteria for the diagnosis of CTE. For more information on the neuropathological diagnosis of CTE, please see The Second NINDS/NIBIB Consensus Meeting to Define Neuropathological Criteria for the Diagnosis of Chronic Traumatic Encephalopathy.

Dr. McKee and her team of neuropathologists and other investigators have published a large number of studies focused on CTE (see below).

Chronic Traumatic Encephalopathy (CTE) is a progressive degenerative disease of the brain found in athletes (and others) with a history of repetitive brain trauma, including symptomatic concussions as well as asymptomatic subconcussive hits to the head. CTE has been known to affect boxers since the 1920s. However, recent reports have been published of neuropathologically confirmed CTE in retired professional football players and other athletes who have a history of repetitive brain trauma. This trauma triggers progressive degeneration of the brain tissue, including the build-up of an abnormal protein called tau.  These changes in the brain can begin months, years, or even decades after the last brain trauma or end of active athletic involvement.  The brain degeneration is associated with memory loss, confusion, impaired judgment, impulse control problems, aggression, depression, and, eventually, progressive dementia.

In both sets of photographs, above, the brain tissue has been immunostained for tau protein, which appears as a dark brown color. Tau immunostained sections of medial temporal lobe from 3 individuals