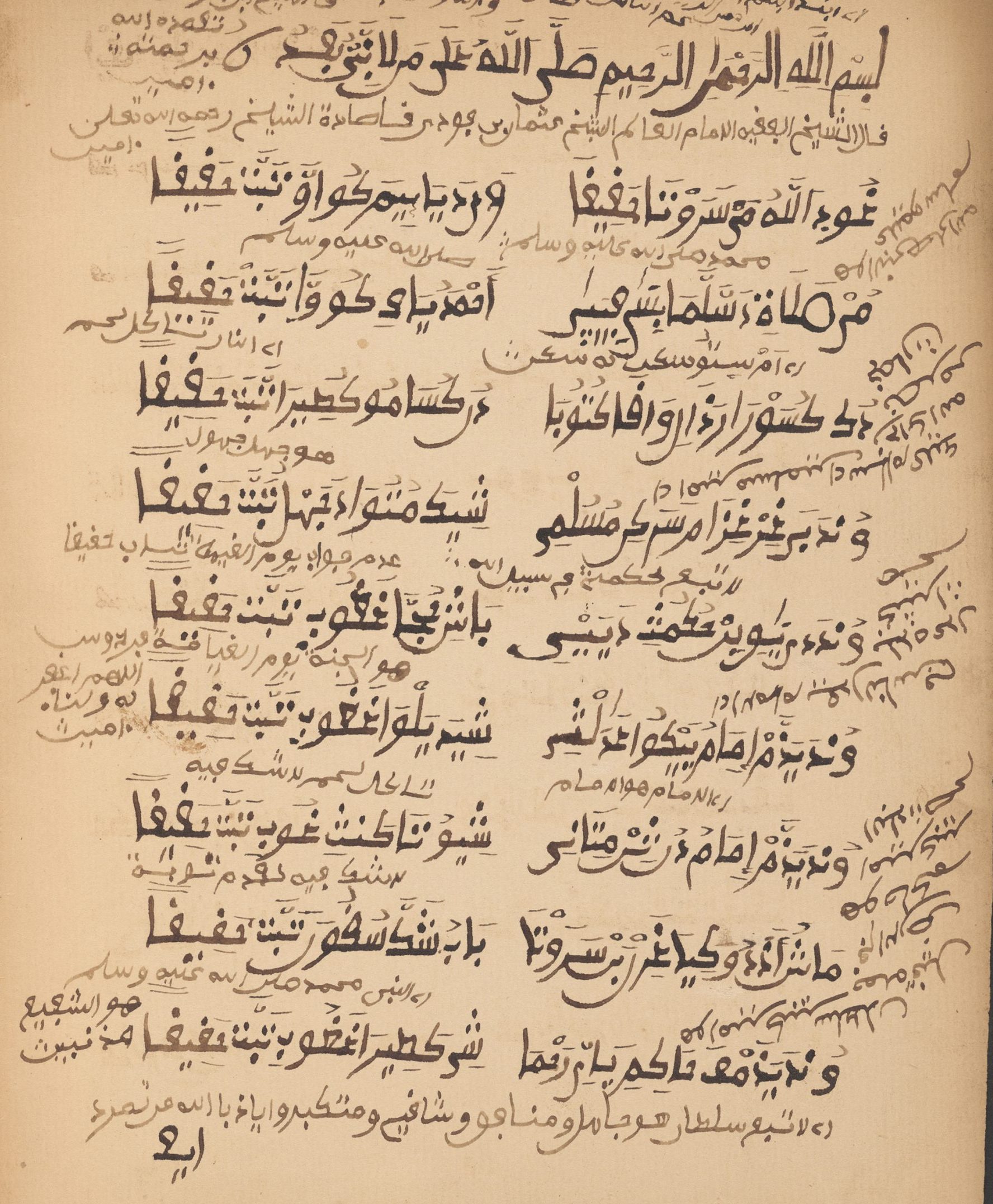 Centuries before colonial powers brought European languages and writing systems to Africa, many Muslim Africans were writing their languages in Arabic script. Today, with most Arabic scholars unfamiliar with African languages and scholars fluent in African languages often unfamiliar with Arabic, thousands of documents written in the modified Arabic scripts known as Ajami lie understudied in archives across the continent. Fallou Ngom (Professor of Anthropology, former Director of the ASC) has led a number of ongoing research projects on Ajami with a team of scholars and researchers at BU and beyond. Their work has involved both finding and preserving Ajami texts as well as integrating Ajami training into language instruction so that students and researchers can study both historical and current use of Ajami in several languages.

Contact us to learn about how to acquire copies of the workbooks above. Additional materials are in development thanks to funding provided by the US Department of Education through its Title VI National Resource Center program.