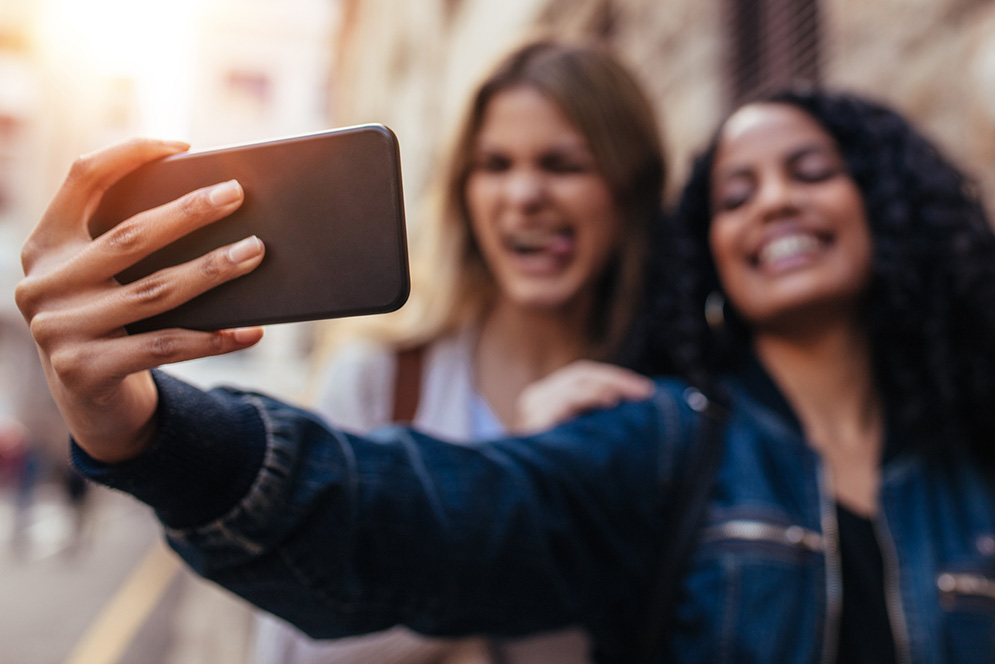 School of Medicine/BMC researchers report that plastic surgeons are seeing a growing number of patient requests for cosmetic surgery to make them resemble their photos in filtered selfies and on apps like Snapchat. Photo by jacoblund/iStock

If you yearn for plastic surgery to make the real you resemble those enhanced photos of yourself in filtered selfies and apps like Snapchat, it’s not a surgeon you need. It’s a therapist.

That’s the message from three School of Medicine authors, who wrote a commentary last week for JAMA Facial Plastic Surgery about the growing health threat from “Snapchat dysmorphia.” That’s a fixation with an imagined or minor flaw in your appearance based on selfies or apps like Snapchat, Instagram, and Facetune.

It’s a tech-era twist on body dysmorphic disorder (BDD), a long-known impairment that in extreme forms can lead to depression and suicidal thoughts. BDD affects up to 2.4 percent of the population.

“I’ve had patients bring in selfies and say, ‘I want to look better than my selfies,’” or come in with filtered photos and “want to change their facial shape, make their teeth brighter, make a blemish go away,” says co-author Neelam Vashi, MED assistant professor of dermatology, member of the dermatology department at Boston Medical Center, and director of BU’s Center for Ethnic Skin and its Cosmetic and Laser Center.

Concern with one’s appearance is normal, she says—to a point. But people with BDD, which mental health professionals locate on the obsessive-compulsive spectrum, fixate on their appearance such that “it will never be good enough,” Vashi says.

In their article, which drew national media notice, they note that photo-editing technology was once the province of models and actors. “Now, it is not just celebrities propagating beauty standards; it is a classmate, a coworker, or a friend,” they write. “The pervasiveness of these filtered images can take a toll on one’s self-esteem, make one feel inadequate for not looking a certain way in the real world, and may even act as a trigger and lead to body dysmorphic disorder.”

They write that 55 percent of surgeons report requests from patients to alter their appearance to make them look better in selfies, up from 42 percent three years ago.

“Previously, patients would bring images of celebrities to their consultations to emulate their attractive features,” the article says. “A new phenomenon, dubbed ‘Snapchat dysmorphia,’ has patients seeking out cosmetic surgery to look like filtered versions of themselves instead, with fuller lips, bigger eyes, or a thinner nose.”

The trend is “alarming,” the authors write, because filtered selfies often show “an unattainable look and are blurring the line of reality and fantasy for these patients.”

They recommend therapy, medications, and an “empathetic and nonjudgmental approach by the clinician.”

Responding to the commentary, a Facetune spokesperson told TIME that that app actually is “breaking the illusion of ‘perfect body’ ideals. Everyone—from famous supermodels to your aunt—is using it…. It levels the playing field for everyone.”

Vashi, author of a book on BDD, offers her dermatologist’s take on the matter of appearance: “Everyone looks fine. I feel like everyone’s beautiful, in some way, shape, or form.”

Social Media–Filtered Pics Can Be Hazardous to Your Health