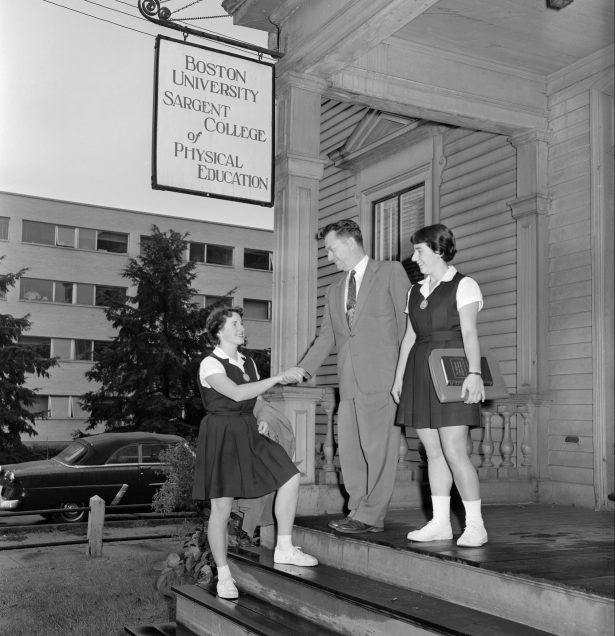 Imagine a time when building or strengthening the body was considered beneath the dignity of educated men—much less women, who rarely received higher education.

Dr. Dudley Allen Sargent, a 19th-century educator, visionary, and inventor, helped change that belief for good. By emphasizing training for all students, not just athletes, he largely created the discipline of physical education.

Dr. Sargent founded the Sargent School of Physical Training in Cambridge, Massachusetts, in 1881. He also built a reputation as an innovator by developing exercise machines that even weak and disabled individuals could use, thanks to pulley systems with adjustable weights. At his Sargent School, students learned training techniques to strengthen and improve the physical abilities of all people.

Dr. Sargent’s college became part of Boston University in 1929, five years after his death. His son Ledyard transferred ownership to the University, establishing a relationship that has helped Sargent College expand and build its curriculum through the years. Today, we offer basic and advanced professional degree programs in more than 15 specialized areas.

Sargent College moved from Cambridge to BU’s Charles River Campus in 1958, relocating to a new facility at 635 Commonwealth Avenue in 1990. Our six-story building is equipped with outpatient health care clinics, research and practice laboratories, a media center, computer lab, classrooms, student lounges, and offices for faculty and staff.