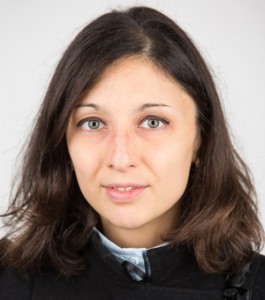 Irene Monasterolo has joined the Frederick S. Pardee Center for the Study of the Longer-Range Future as a post-doctoral associate. She is a development economist with experience in policy monitoring and evaluation; institutional capacity building; governance of evidence based sustainability policies; complex system thinking for modelling the resource-climate nexus; green fiscal and monetary policies for financing the green economy; adaptation tools for building agricultural resilience to climate change, focusing on food risk and climate adaptation.

She has worked as a scientist in academia, as an economist for consulting companies, as a consultant for the World Bank. Her main focus is on transition economies in Central and Eastern Europe and the Western Balkans. She holds a PhD in Agri-food economics and statistics from the University of Bologna (IT), a post-doc at the Global Sustainability Institute in Cambridge (UK) focused on modelling the impact of resource constraints on global growth and political instability. As a researcher for the Italian National Council of Research, she has studied the role of private-public insurance schemes for building adaptation to climate change. She has experience in developing multi-actor networks involving scientists and policy practitioners to improve the transfer of scientific results into evidence based policy making through knowledge co-production.

She is actively involved in governmental and academic dissemination and publication, authoring both methodological papers on modelling sustainability using hybrid System Dynamics-Agent Based models embracing an evolutionary economics approach, and on best practices and lessons learned to inform governmental policy planning and implementation. She was awarded the best PhD thesis prize in Economics of transition by AISSEC in 2014, and she was granted several fellowships such as the Erasmus Mundus External Cooperation Window in Serbia, and the CNR Short Term Mobility at Resources for the Future in Washington DC. She is a FAO expert for complex food systems analysis, member of SEEDS and actively involved in the multiple breadbasket failures initiative within the UK-US task force on food security.