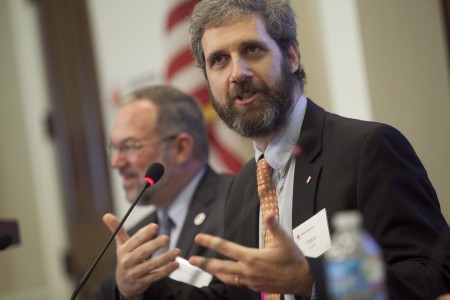 Pardee Visiting Research Fellow Pablo Suarez was invited to the White House to lead a participatory gaming session as a part of the Champions of Change series on September 14. Secretary of Homeland Security Janet Napolitano spoke at the event and about 130 attendees participated in the game. The players were asked to stand and take the role of vulnerable community members in the path of a potential hurricane with the choice to evacuate or stay. Players who evacuated chose to sit down. Players who chose to stay risked being hit the hurricane, represented by a Frisbee. 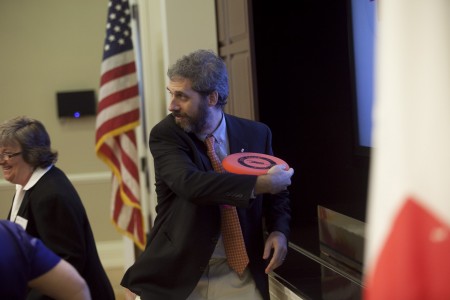 Pablo Suarez led a gaming session and Task Force, titled “Games for a New Climate,”  at the Pardee Center last March. For more information and to watch a related video, visit the Task Meeting and Gaming Session research page here.

Preston and Zaman Speak on Panel on Forced Displacement Crisis