Professor Blanton’s primary field of research is clusters of galaxies. In particular, using the Chandra X-ray Observatory, she studies the X-ray emission from the hot, intracluster medium (ICM), and the mutual effect that the ICM and central galaxy radio sources have on one another. These central radio sources are powered by supermassive black holes and inject large quantities of energy into the ICM, along with magnetic fields, and are an important piece of the puzzle of “cooling flow” systems. Professor Blanton takes a multi-wavelength approach to studying clusters, and uses data at optical and near-infrared wavelengths, as well as in the X-ray and radio regimes. She is also interested in using radio sources as tracers of clusters of galaxies at high redshifts which can be used for cosmological studies.

View Professor Blanton’s Website for her current work at IAR and further information. 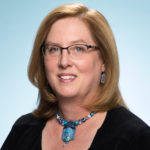 View Professor Brainerd’s Website for her current work at IAR and further information. 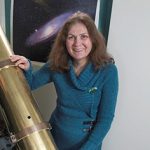 View Dr. Jorstad’s Website for her current work at IAR and further information. 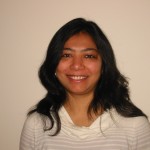 Relativistic jets are collimated streams of plasma in which, as the name suggests, the plasma travels with a speed very close to the speed of light. They are typically associated with compact objects, such as black holes and neutron stars, and could extend upto mega-parsec (Mpc) scales in some cases. In particular, prominent relativistic jets are attributed to supermassive black holes (SMBHs) hosted by active galaxies. Active galactic nuclei (AGNs) refer to a class of galaxies in which the central region is characterized by intense emission that
exhibits variability on timescales from minutes to years across many wavebands. In that, blazars are radio-loud AGNs whose relativistic jets, ejected in opposite directions in a plane perpendicular to the plane of the central region, are pointed very close to our line of sight. Blazars are known for their non-thermal emission and rapid
variability in flux at all wavelengths, on timescales of months to a few days, even less than an hour in some cases. Such emission and variability, enhanced by relativistic Doppler boosting, is indicative of highly violent phenomena and the presence of ultra-relativistic particles.

Blazars provide a direct window on jet emission and on particle acceleration mechanisms that are responsible for accelerating particles to energies far beyond those achievable at any particle-accelerators on Earth. They are capable of shedding light on the dynamics of the central engine that is associated with the formation of jets. These are some of the reasons why I got interested in blazar physics as a graduate student. Through my study on blazars I seek to answer some of the fundamental but, as yet, unanswered questions of relativistic jet physics, such as how and why do jets form? How do we understand the phenomena near SMBHs, including the structure of the magnetic field and particle acceleration in the jets of blazars? How do they propagate over such large distances? What is the composition of these jets (purely leptonic or lepto-hadronic)? 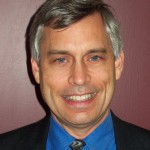 Prof. Marscher’s research group studies the extremely energetic plasma jets that emanate from a class of AGN called “blazars”. They focuses on monitoring the changing brightness and polarization at radio, infrared, visible, ultraviolet, X-ray, and gamma-ray frequencies as well as the evolving radio-frequency structure of the jet on sub-milliarcsecond scales. Telescopes used currently include the Fermi Gamma-ray Space Telescope, the Very Long Baseline Array (VLBA), the Global mm-VLBI Array, the Rossi X-Ray Timing Explorer (RXTE), the Swift satellite, the Chandra X-ray Observatory, the Hubble Space Telescope, the Spitzer Space Telescope, the XMM-Newton X-ray observatory, Lowell Observatory’s Perkins Telescope and Discovery Channel Telescope, and various other ground- and space-based observatories. Prof. Marscher and Dr. Svetlana Jorstad are members of the Event Horizon Telescope collaboration that uses a global array of high-precision radio dishes, operating at a wavelength of 1 mm, to image the regions immediately surround the black holes of relatively nearby galactic nuclei, as well as the innermost regions of the jets of more distant quasars.

Prof. Marscher’s group also engages in a theoretical program focused on the radiative processes and gas dynamics that occur in the jets of blazars. The main goal is to provide models that can be used to interpret multifrequency monitoring observations of blazars in the hopes of figuring out the physics of jets: what produces them, what focuses and accelerates their flows to speeds very close to the velocity of light, what accelerates the electrons to ultrarelativistic energies, and what processes affect the emission.

Check out some of the work done by Professor Marscher’s research group here.