Building on BU GHC’s affiliated training programs with Vietnamese institutions and the resulting 1000+ first degree Family Medicine specialist physicians, additional thousands of FM-trained undergraduate medical students, and hundreds of 3-month short-course general and subspecialist physicians trained in FM, the World Bank has reported a breakthrough in scale-up of training numbers through the Health Professions Education and Training for Health Systems Reform Project (HPET).    Nearly 9,000 additional health professionals have now been trained in the last year in primary health care (PHC), largely based on the Family Medicine curriculum introduced by BU GHC and implemented by BU GHC partners throughout Vietnam.

This is a vital time for demonstrating successful scale-up of such capacity in human resources for health specifically linked to PHC, as the world embarks on a new effort following the Astana Declaration on Primary Health Care in 2018 to promote universal health coverage and achieve the goal of health for all as envisioned in the Sustainable Development Goal for Health.  As global entities endeavor to improve PHC through new partnerships such as the PHC Accelerator, the Global Action Plan, PHCPI and others, having lessons from and examples of successful scale-up in the critical area of PHC workforce will be essential in devising and implementing the meaningful, sustainable and transformative system strengthening efforts needed to ensure access to quality PHC for all.  Already, important donors such as the EU and the Asia Development Bank are looking to this effort to model new investments aimed at further PHC system strengthening.

On his recent trip to Vietnam, WONCA President Michael Kidd met with the Vietnam Association of Family Physicians as well as the members of our BU GHC team, who are leaders from Vietnam's academic departments. They include Nguyen Minh Tam from Hue University of Medicine & Pharmacy, Nguyen Phuong Hoa from Hanoi Medical University, and Pham Le An from Ho Chi Minh City University of Medicine & Pharmacy (pictured in the photo).

"I was very impressed with all that I saw," said Kidd after he met with the BU GHC partners from Vietnam, "especially the passion and commitment of the family medicine leaders in the clinics, in the medical schools and in the government, and the fruitful and longstanding partnerships with family medicine colleagues from the USA and Belgium and other parts of the world."

Student to Present at Conference on Medical Student Education in Cambodia 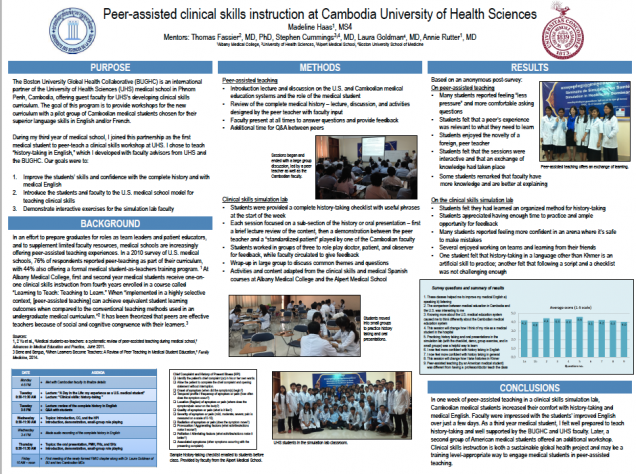 Madeline Haas, a third year medical student at Albany Medical College in New York, traveled in the summer of 2014 to teach fellow medical students in Cambodia as part of our Family Medicine program there. Haas will be presenting her poster, Peer-assisted clinical skills instruction at Cambodia University of Health Sciences, at the Society of Teachers in Family Medicine annual conference in Phoenix, Arizona from January 28-31. Her article recounting her experiences was recently published in Family Doctor: A Journal of the New York State Academy of Family Physicians and can be found here. 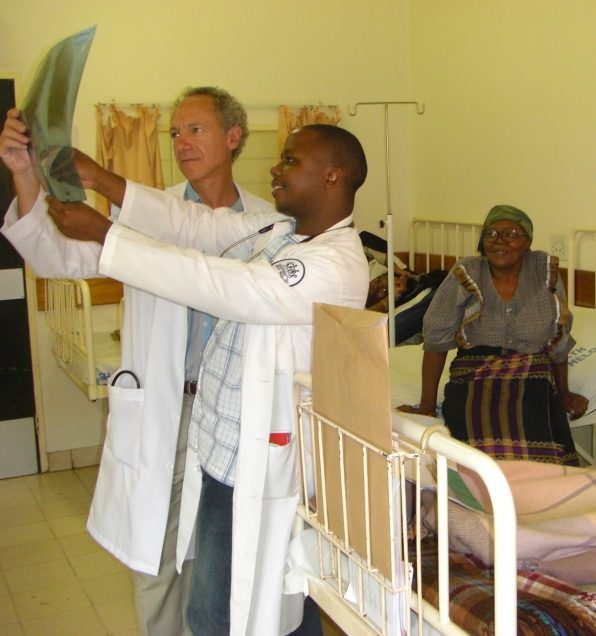 After Lesotho's Council on Higher Education (CHE) thoroughly reviewed the Lesotho Boston Health Alliance (LeBoHA) Family Medicine Specialty Training Programme (FMSTP), the CHE announced that the program has been granted full accreditation. The news of full accreditation was officially announced on January 18 after the CHE issued the report on their findings in September of last year.

" LeBoHA demonstrates that it has the ability to respond to future challenges appropriately,” states the CHE report issued in September, 2015 which explains how the medical trainings are essential to strengthening the health care system in the Southern African country. “It created the basis of a decentralized learning platform not only for family medicine, but also for the whole new medical school for Lesotho.”

What a great achievement for the BU GHC in the beginning of the new year!

Former GHC Deputy Director Liz Henry and Dr. Carine Lenders were recognized for their work in Vietnam on hospital nutrition. 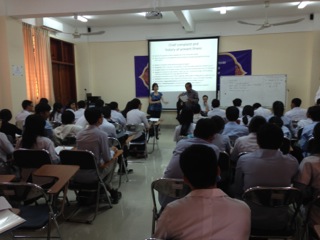 Madeline Haas, a third year medical student at Albany Medical College in New York, traveled in the summer of 2014 to teach fellow medical students in Cambodia as part of our Family Medicine program there. Her article recounting her experiences was recently published in Family Doctor: A Journal of the New York State Academy of Family Physicians and we proudly share it here.

On the 9th of September, Bach Mai Hospital opened the first Clinical Nutrition Center of Vietnam. This center will meet the nutrition demands of patients.

The Clinical Nutrition Center of Bach Mai hospital is established from the Nutrition Department of the hospital. This is an activity under the project “Partnerships to improve clinical nutrition” of Boston University funded by Abbott Fund for Bach Mai hospital from 2010 to 2013.

The Nutrition Department of Bach Mai Hospital has developed nearly 100 diets for patients including normal diet, diets for renal failure, for heart diseases and for digestive diseases.

Check out our photo gallery! 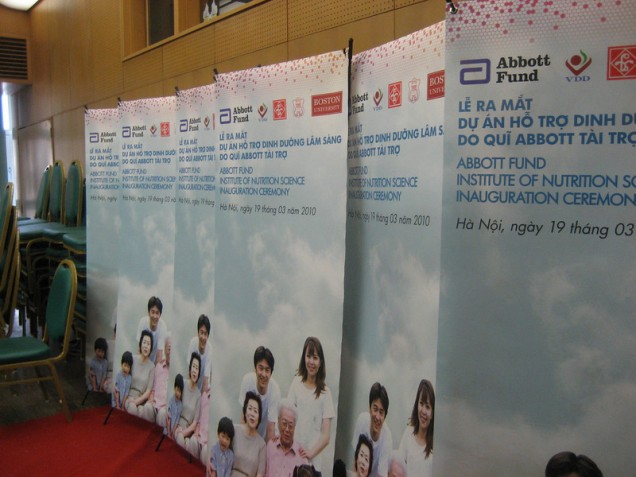 Take a look at our recent activities!

Hanoi, Vietnam — The Abbott Fund, the philanthropic arm of the global health care company Abbott, and the Boston University Family Health Global Health Collaborative (formerly known as the Global Health Primary Care Initiative at the Boston University School of Medicine) joined Bach Mai Hospital, the National Institute of Nutrition (NIN) and Hanoi Medical University today to announce the opening of the Abbott Fund Institute of Nutrition Science (AFINS). AFINS is the first program of its kind in Vietnam to advance clinical nutrition within hospitals by providing training and health education, clinical research and high-quality nutritional patient care nationwide....click to continue!

GHC’s regional network proposal for PHC was selected as one of the MacArthur Foundation’s Top 100 in their 100& Change Competition and is now part of the Bold Solutions Network. Learn more about joining this effort here.