A Brief History of the Geddes Language Center

1948 – The College of Liberal Arts relocates to Commonwealth Avenue. The James Geddes, Jr. Modern Language Study is installed in the new building.

1956 – The Geddes Room is described in a university bulletin as a “listening center.” 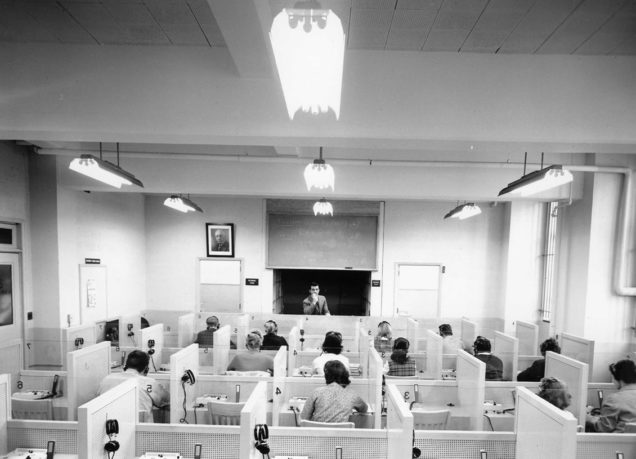 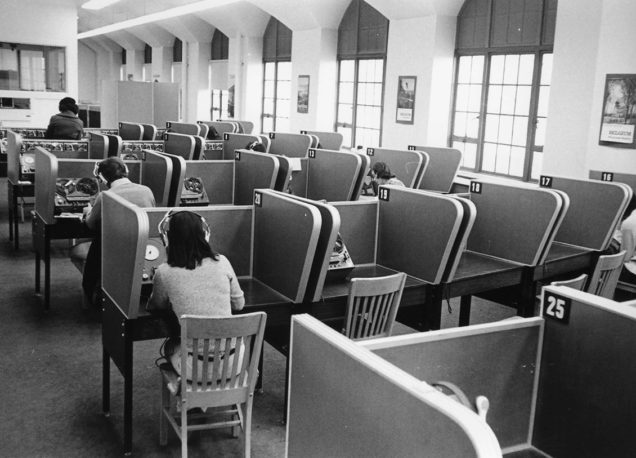 1969 – The language lab, now called the Geddes Language Center, moves into larger quarters on the fifth floor of 685 Commonwealth Avenue and expands its  academic support role into areas of media production, testing, collection-building and classroom equipment.  The new lab officially opened on October 6, 1969.

1980 to 1993 – The Geddes Center adds infrastructure and hardware to support significant increases in video taping, editing, library, satellite transmission, group viewings and assignments. Its user-base broadens to include dozens of non-language media-using departments who are drawn to the Center by its service orientation and the diverse charms of its staff. 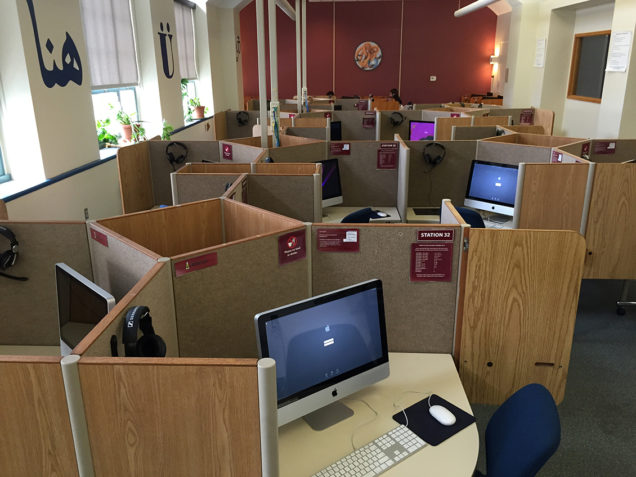 To view a list of promotional and orientation videos produced at the Center over the years, see the Portrait of the Geddes Language Center.

Also see a BU Bridge article about the Center from 1998.

The Geddes Teaching and Technology Talks (GT3) Program is pleased to share...

Celebrate Korean language and culture with the Educational Resource Center and BU...

Welcome back to Geddes for the fall semester! We have taken your...