One reason for Bitcoin’s initial popularity was the perception of anonymity. Today, however, a vibrant blockchain surveillance industry has demonstrated weaknesses in Bitcoin’s anonymity properties.  A new market of anonymity-enhancing services has therefore emerged, promising to mix bitcoins in a manner that makes it difficult to determine which payer transferred bitcoins to which payee. 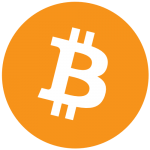 To deliver on this promise, anonymity must also be provided in the face of the anonymity-enhancing service itself. If the service knows exactly which payer is paying which payee, then a compromise of the service leads to a total loss of anonymity. Moreover, users of mix services must also contend with the risk of “exit scams”, where an established business takes in new payments but stops providing services.  Thus, it is crucial that anonymity-enhancing services be designed in a manner that prevents bitcoin theft.

A group of BU researchers present TumbleBit, a new payment system that enhances anonymity while being fully compatible with today’s Bitcoin protocol.  The group, under the supervision of Professor Sharon Goldberg, is comprised of Computer Science PhD student Ethan Heilman (GRS’20), Leen Al Shenibr (CAS’17), and CS Postdoctoral Associates Foteini Baldimtsi and Alessandra Scafuro. TumbleBit allows parties to make fast, anonymous, off-blockchain payments through an untrusted intermediary called the Tumbler. Every payment made via TumbleBit is backed by bitcoins escrowed on the blockchain. We use cryptographic techniques to guarantee Tumbler can neither violate anonymity, nor steal bitcoins, nor “print money” by issuing payments to itself.

Because TumbleBit payments are performed off of the Bitcoin blockchain, TumbleBit also serves to scale the volume and velocity of bitcoin-backed payments. Today, on-blockchain bitcoin transactions suffer a latency of about 10 minutes. Meanwhile, TumbleBit payments are sent off-blockchain, via the Tumbler, and complete in seconds. Our implementation completed a payment in 1.2 seconds, on average, when the Tumbler was in New York and the payer and payee were in Boston.

Read the paper or check out our implementation on Github.

by Kayla Chapman Since Tuesday, March 17th, life has been very different for...

In accordance with University and state recommendations, the Department of Computer Science...

BU CS's own Abbas Attarwala has been selected to receive the 2020...