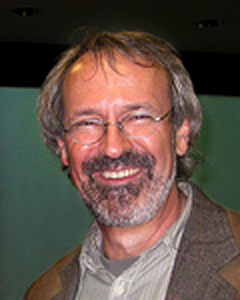 A fundamental goal of chemistry research is to understand how to control chemical reactions to most efficiently give desired products.  The Coker Group uses and develops new theoretical and computational methods to explore how electronic and vibrational excitation of reactant molecules in different environments can influence the outcome of chemical reactions of these molecules. Because electronic and vibrational relaxation of excited reactants is fundamentally quantum mechanical in nature,  the methods they use must accurately describe the transfer of energy between the classical environment and the quantal reactive system.

The various approximate methods the Coker Group has developed to address these types of phenomena have been used to study the influence of environment on excited state photo-chemical reaction dynamics of polyatomic molecules in liquids, solids, clusters, and in the gas phase. Now these methods are being extended to explore photo-chemistry in controllable confining environments such as zeolites. These studies explore the influence of these micro-reactor environments on excited state chemistry. Various other processes being explored with these methods include: the effects of finite temperature on proton transfer reactions in aqueous hydrochloric acid clusters important for atmospheric chemistry of ozone depletion, studies of non-adiabatic excited-state charge transfer reactions that enable computation of cross-sections useful in ionospheric modeling, the influence of non-adiabatic transitions on electronic transport in ionic liquids and polymeric materials, important for understanding the multi-scale phenomena of dielectric break-down, to studies of the ultra-fast excited state photo-physics of biological chromophores such as excited state di-radical ring opening of small nitrogen containing heterocyclic molecules.

Depending on the nature of the problem, they can draw on different approximate methods that they have developed.  In some energy or temperature ranges, for example, approximate mixed quantum-classical surface-hopping methods can provide a reliable description of the dynamics. In other situations, high frequency vibrational modes and electronic degrees of freedom need to be treated on the same semi-classical footing while environmental variables can often be incorporated classically. Their approaches  take advantage of the “multi-physics” nature that is ubiquitous to these problems.  Computationally, this research is extremely demanding both in terms of memory and CPU time. Typically their mixed quantum-classical calculations involve propagating very large ensembles of classical trajectories. For the current application systems, thousands of particles need to be propagated for tens of thousands of nuclear time steps (millions of electronic time steps), and to obtain reasonable statistics, ensembles of several hundred trajectories need to be propagated. For applications where they must use new semi-classical trajectory based methods to incorporate the influence of nuclear quantum coherence on the electronic state amplitudes, there are two significant increases in the computational complexity and demands over the mixed quantum-classical approaches: (1) Each trajectory now has a complex weight determined by its quantum mechanical phase so the contributions of the different trajectories must be added up with these phases to compute the nonadiabatic transition amplitudes. Thus tens of thousands of trajectories may be required and stationary phase filtering methods are needed to achieve convergence. (2) These quantum phases are computed by propagating trajectory stability matrices whose size is the number of degrees of freedom squared for each trajectory so the memory requirements for each trajectory can become very large. They are currently exploring approximations that alleviate these problems to some extent, especially in the calculation of thermally averaged time correlation functions for non-adiabatic processes.

What’s Next for Graduates of the Coker Group?