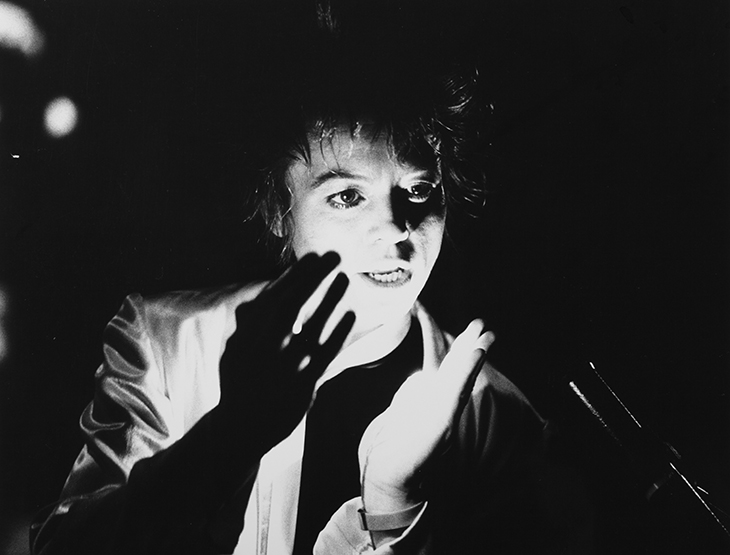 Laurie Anderson is a visual artist, composer, musician, film director and writer at the forefront of the American avant-garde for over four decades. A fixture in the realms of contemporary art, experimental theater and music, she has consistently pushed disciplinary boundaries. Her work tests the limits of new technologies as cultural tools, while questioning the line between high and low culture.

She has been awarded a residency at the American Academy in Rome, In 2003 Anderson became NASA’s first Artist in Residence. Her work is currently on view at the Massachusetts Museum of Contemporary Art in North Adams, MA, in a sprawling installation of drawing galleries, a working studio, an audio archive, and an interactive virtual reality environment. Other recent projects include the feature-length film Heart of a Dog (2015) and the performance installation Habeas Corpus at the Park Avenue Armory (2015).

Anderson’s presentation at Boston University will include the performance of a new live multimedia work, All The Things I Lost In The Flood, an artist talk, and a discussion and book signing for her forthcoming book.

Part of the Contemporary Perspectives Lectures Series. Co-sponsored by the BU Arts Initiative.