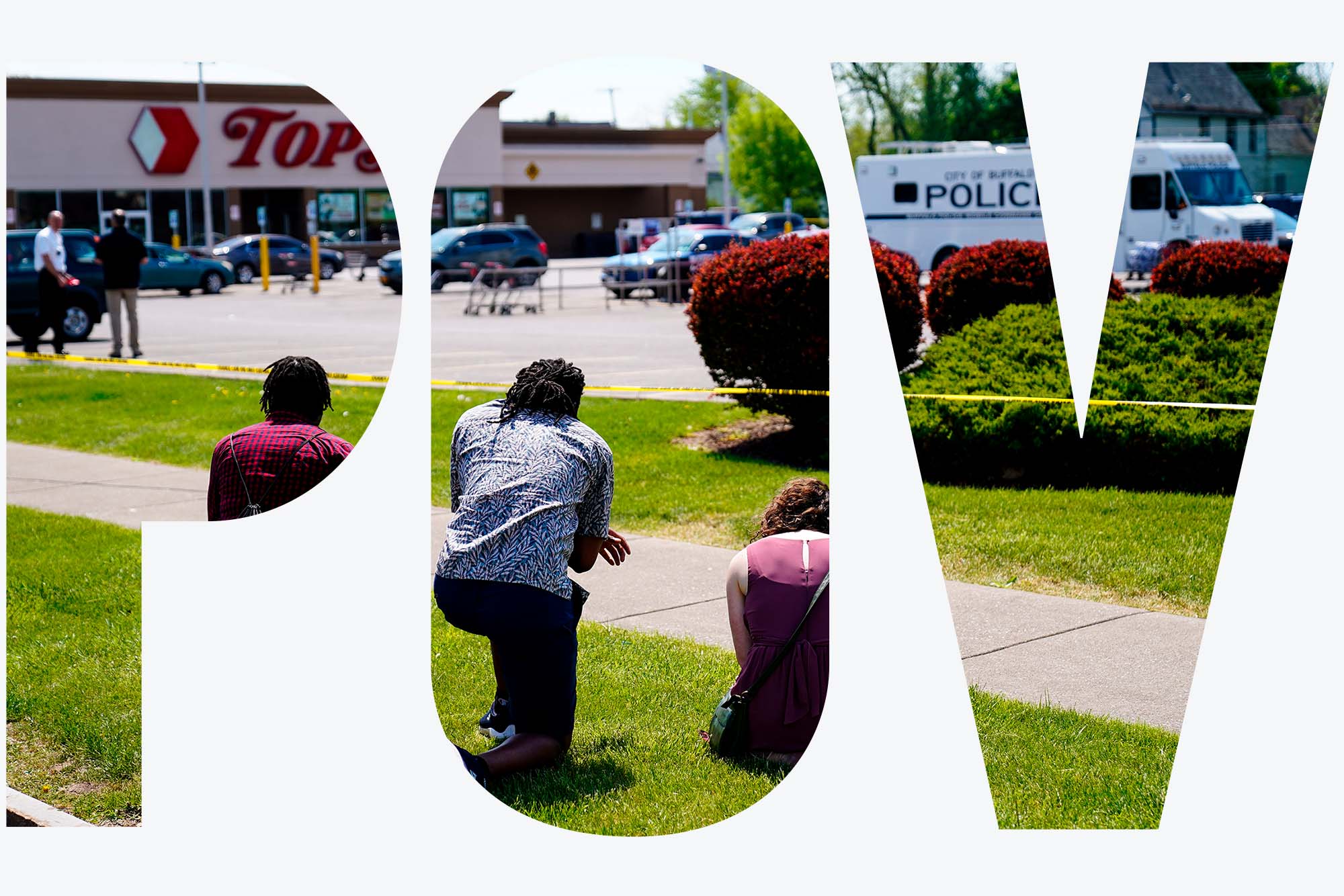 POV: CFA Dean, a Buffalo Native, on How Shooter Exploited Housing Segregation to Find His Targets

A true Buffalonian knows certain things. A good snowstorm brings out the best in a person. Strangers will dig each other out. There is no better sandwich than beef on weck. Next year will be the Bills’ year.

The heart-wrenching violence that occurred at Tops Friendly Market exposes a painfully deep truth. The early to mid–20th century promise of integration and progress somehow skipped Buffalo, N.Y. Buffalo remains a segregated city. The gunman knew this. He exploited it. The results were devastating.

When my grandparents and my father joined the last wave of the Great Migration, moving from South Carolina to Buffalo in the early 1950s, the city was filled with promise for Black Americans. Yes, the glories of the Pan-American Exposition were long past. Yes, the Erie Canal, once the economic engine of the region, had become little more than a school trip destination. I still remember singing the canal song, as a tractor—donkeys were no longer available—pulled a barge along the waterway.

The great city once offered the promise of jobs and a semblance of middle-class stability thanks to Bethlehem Steel and the Ford and General Motors car plants. I grew up hearing stories about the possibilities that these industries created for Black families like mine. I also remember hearing about the red dust that would land on outdoor laundry clotheslines near the steel plants. As a kid, my father would explain the usefulness of pumice soap, which could remove engine oil from the deep creases of one’s hands.

With the Great Migration, Greater Buffalo quickly became a mecca of Black culture. Churches sprouted up, as did juke joints and speakeasies. My church and Sunday school were only a few blocks from the household immortalized by Ruben Santiago-Hudson’s “Lackawanna Blues.” On Sundays, I would travel from Buffalo to Lackawanna on a “skyway” that blocked development along a lake and land polluted by industrial discharge.

Once a city of the future, Buffalo became a city where it was increasingly clear that the best days were behind it. Steel mills shut down. Car plants reduced their workforces and, over time, replaced higher-paid unionized workers with cheaper nonunionized employees. It became harder to eke out a middle-class existence like that of our parents or grandparents. “Black and Blue Collar Blues” settled in the region.

Buffalo remains a segregated city. The gunman knew this. He exploited it. The results were devastating.

The economic collapse of the city and its pernicious effects on Black Buffalonians explain the early success of India Walton, last year’s progressive mayoral candidate. Walton’s platform was straightforward. She listened to Black people, didn’t overlook them. She called out the long-standing incumbent, an African American man, for having stopped serving Black Buffalo. The incumbent, who lost the Democratic primary, despite being a Democrat, eventually won reelection after a write-in campaign and a Republican Party endorsement.

As a consequence of industrial decline, Buffalo neighborhoods never reinvented themselves. Like Detroit, the population shrank. I moved to Chicago and then Boston, both cities with painful histories of redlining. However, many folks stayed in Buffalo thanks to family ties and a love of the distinctly positive western New York vibe. Affordable housing helped. Buffalo has one of the lowest costs of living in the country, according to a recent U.S. News & World Report report.

This relative stasis kept intact the housing segregation that existed in the 1940s and 1950s. For a city nearly evenly divided between Black and white residents, a journey down the street in east Buffalo (Black) and south Buffalo (white) leads to starkly different realities. To put it in perspective, Rick James used to sing about the happenings on Jefferson Avenue on the East Side—which is not far from the shootings. The Goo Goo Dolls’ popular song “Broadway” is about Buffalo’s East Side, not New York City. The more integrated North and West Sides have their own cultures. Ani DiFranco, a North Buffalonian, epitomizes that part of the city.

Persistent housing segregation created an opportunity for a racist to specifically target Black people. It was a magnet for a non-Buffalonian who specifically wanted to kill Black men and women. The shooting was neither accidental nor indiscriminate.

Buffalo has its challenges. However, the people who live in Buffalo are genuine. If you see a person wearing a Buffalo Bills cap or jersey, that’s probably a real Buffalonian. Losing four consecutive Super Bowls drives away the poseurs. We love our hometown. I spent much of the pandemic wearing “BuffaLove” masks that my sister sent me.

In calling attention to residential segregation and the challenges of the city, I aim not to kick a good city or great people when they are down. Rather, I seek to spotlight how the city’s selection by a violent racist was rooted in its own complicated history with race and housing.

These mass shootings should prompt conversation about the need to limit access to assault weapons and deny access to military-grade equipment and gear. This particular tragedy also should help us see the lingering effects of deindustrialization and persistent housing segregation on Black communities.

Harvey Young is the dean of the College of Fine Arts, a CFA professor of theater, and a College of Arts & Sciences professor of English; he can be reached at harveyy@bu.edu.

This opinion piece was originally published in the Chicago Tribune on May 17, 2022.

POV: CFA Dean, a Buffalo Native, on How Shooter Exploited Housing Segregation to Find His Targets

There are 2 comments on POV: CFA Dean, a Buffalo Native, on How Shooter Exploited Housing Segregation to Find His Targets

POV: CFA Dean, a Buffalo Native, on How Shooter Exploited Housing Segregation to Find His Targets
2
share this