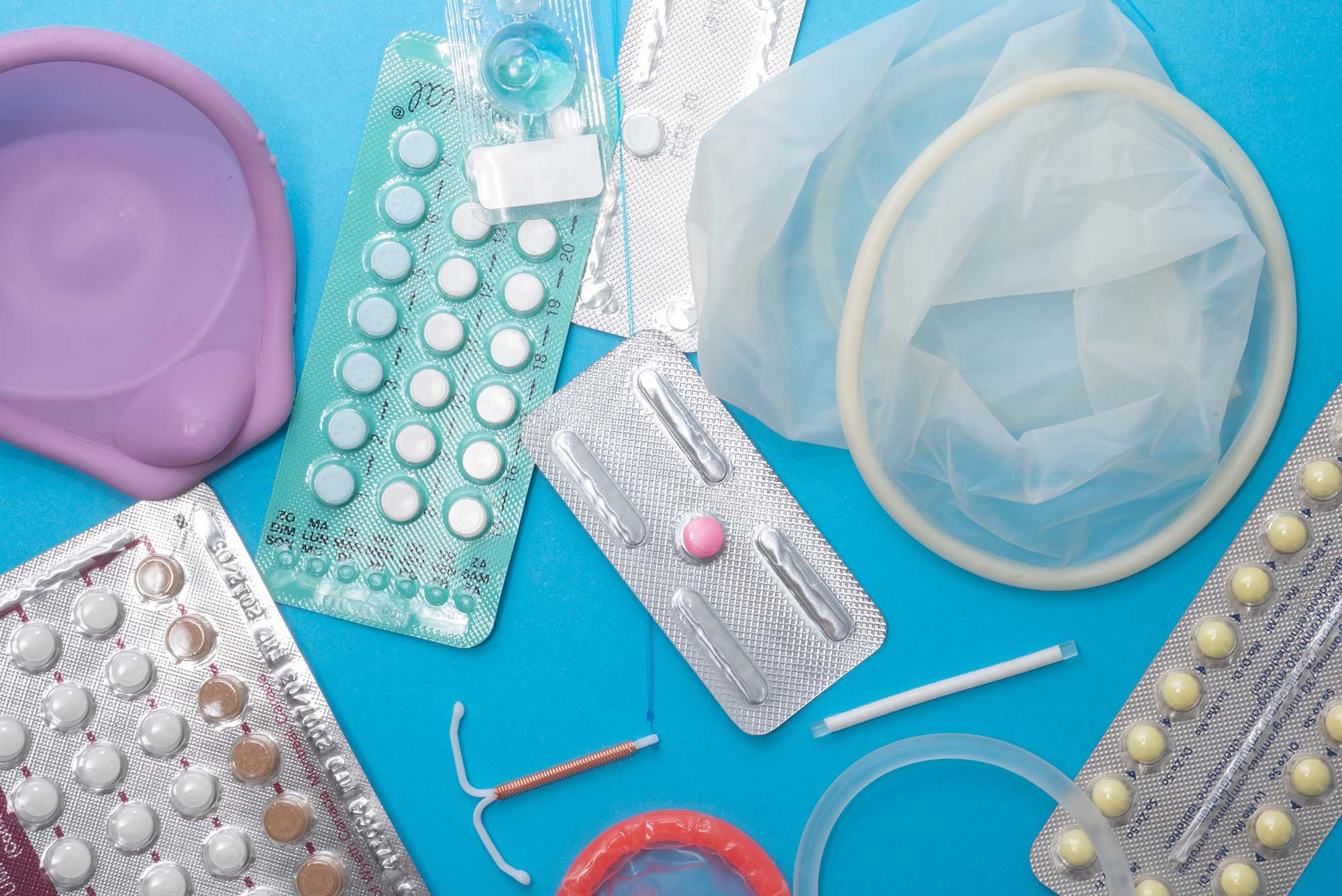 When it comes to birth control options for women, little has changed in the past couple of decades. In fact, according to Planned Parenthood, there are only three birth control methods that are over 95 percent effective at preventing an unintended pregnancy: the birth control implant, the intrauterine device (IUD), and the birth control shot. All of them require time at a doctor’s office, and none of them protect against getting or spreading sexually transmitted infections. The “newest” of the trio—the Depo-Provera shot—started to become available to women in the 1990s.

“There’s a need for good on-demand nonhormonal contraceptives,” says Deborah Anderson, a Boston University Chobanian & Avedisian School of Medicine professor of medicine. An expert in immunology and reproductive health, Anderson leads BU’s Contraceptive Research Center, which is one of only three federally mandated contraceptive labs in the country. This year, the center received a $7.2 million grant from the National Institutes of Health’s National Institute of Child Health and Human Development to continue developing a new breed of contraceptives and STI-prevention products. The four-year award will support Anderson’s work on the use of monoclonal antibodies—lab-made proteins that act like the body’s natural antibody defense system—as a means of protection. She calls her manufactured antibodies “plantibodies,” because they’re grown in tobacco plants.

Her team’s lab-made contraceptive and STI-prevention antibodies, though far away from hitting the shelves of your local pharmacy, have been under development for more than a decade, with promising results coming from the first phases of clinical trials last year.

“Our ultimate goal is to have a contraceptive that also protects women against sexually transmitted infections,” Anderson says.

The Divided State of Birth Control

The center’s products are administered as topical films—almost like a Listerine strip—that go inside the vagina, dissolve, and quickly release monoclonal antibodies. The contraceptive film releases antibodies that target sperm, rendering them immobile before they can reach the ovaries. An STI-prevention film contains antibodies against herpes simplex virus (HSV) and human immunodeficiency virus (HIV), two viruses that, once contracted, stay with a person for life.

The two lines of monoclonal antibodies are being tested separately, with the goal of combining them to make an effective reversible birth control—that also provides protection from HIV and HSV. The research team is also working to make birth control applicable to people who don’t have vaginas.

“There is an enormous gender disparity in the use of and adherence to contraception,” says Matt Geib, a PhD student in the BU College of Engineering’s materials science and engineering division. He works with Anderson on optimizing the material of their dissolvable birth control film and is also researching how to use the antibodies in personal lubricants that can be marketed to men. “The burden most often lands directly on people who could get pregnant,” he says.

The lab’s boost in funding, which will also support further clinical trials, comes at a time when abortion has become heavily restricted in the United States; some policymakers have also proposed limiting access to reproductive healthcare, including birth control. The race to create noninvasive, nonhormonal, reversible contraception has become even more urgent, Anderson says.

“Unintended pregnancies have so many adverse effects on women physically, economically, and psychologically,” Anderson says. “A lot of young women find themselves without protection.” It’s been estimated that about 48 percent of pregnancies worldwide are unintended, she points out.

“There is a huge gap in both accessibility of contraception and education on fertility management,” says Emilie Mausser, a PhD candidate in the BU medical school’s molecular and translational medicine program, who focuses on better understanding how the monoclonal antibodies interact with immune cells in the vagina, and how to make them more effective. “People should be able to access many contraceptive options and choose one that’s best for them,” she says.

Making Contraception of the Future

The idea of using monoclonal antibodies as a means of contraception may sound revolutionary, but these sperm-attacking proteins have a surprisingly long history. Anderson was part of a team of scientists in the 1980s that tested over 200 monoclonal antibodies against sperm. The group narrowed the list down to the two most effective, Anderson says, and the one used in her work today is one of those original two.

Anderson partners with a small company in San Diego, Calif., ZabBio, to cultivate antibodies using tobacco plants, nicknaming them “plantibodies.” The leaves of the plant act almost like a Petri dish—the plant’s cells are given the human antibody genes, and the leaves produce the antibodies. Anderson and ZabBio used this technique to make anti-HIV and anti-HSV plantibodies first, and contraception plantibodies came next.

Data from the first clinical trial using plantibodies against HIV and HSV showed that it was safe and offered protection for 24 hours and possibly longer. They also tested the participants’ blood to make sure the antibodies were localized to the vagina, finding no trace of them elsewhere in the body.

The team recently completed a second clinical trial with the contraceptive antibody film. One of the methods used to test the effectiveness of a contraceptive is a postcoital test, Anderson says. Her lab partnered with Eastern Virginia Medical School, where eight heterosexual couples were evaluated, given an ovulation kit, and returned to the clinic for three consecutive months at peak fertility. All of the women in the study were ligated (commonly called having “tubes tied”), so there was no risk of accidental pregnancy; all of the men involved were fertile. The women would insert the contraception film, have sex, and then return to the clinic within two hours. They saw that in the month when the women applied the product, there were essentially zero motile (or moving) sperm in their cervical mucus, compared to about 50 per microscope field when it wasn’t used in the first and third month of the test.

“It was about as clear-cut as you can get,” Anderson says. The paper with those results is expected to be published soon.

She estimates that it will be another 5 to 10 years before their work is available to the public. By the end of the latest round of NIH funding, the team hopes to be ready to run a large efficacy clinical trial—when products are given to hundreds of women for real-life use, with close monitoring.

In the meantime, Anderson and the team plan to work on combining their contraception antibody with the STI-preventing antibodies, and create more birth control options for men—aiming to take the burden off women and make on-demand birth control more accessible to everyone.

“I am hoping that the future holds a wealth of new contraception options, not just male birth control,” Geib says. “We should always strive to give everyone an option. I hope that the future of contraceptives will hold less invasive, more effective, and more equitable options.”

A New Breed of Nonhormonal Birth Control
3
share this