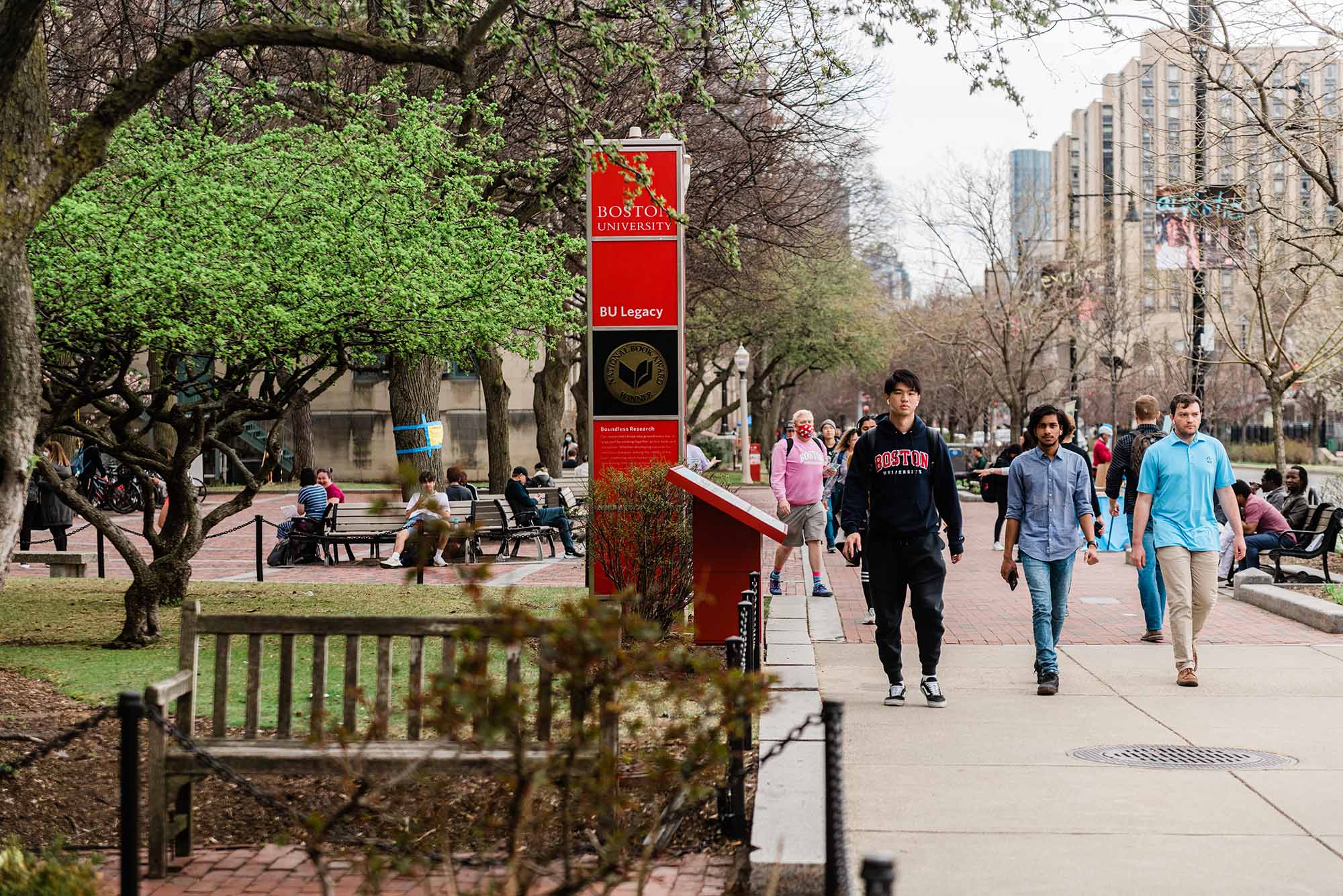 BU is among the many higher ed institutions raising tuition next year, but far below the rate of inflation, President Brown’s end of year letter says, and the students who have accepted admission offers this year are “academically stronger” and “more diverse and represent a greater variety of high schools and socioeconomic backgrounds than ever before.” Photo by BU Photography

“We are caught in an inflationary vise,” President Brown writes in year-end note to faculty and staff

Boston University will raise its tuition for undergraduates by 4.25 percent for the coming academic year, its largest jump in 14 years, BU President Robert A. Brown wrote in an end-of-year letter to faculty and staff.

“By far, my greatest immediate concern is the impact of inflation on faculty and staff, our students, and the University,” Brown wrote. “This increase does not keep pace with the current national rate of inflation and cannot fully offset the increased costs of University operations or fund salary increases that would fully mitigate the effects of inflation on the families of faculty and staff. I also am mindful that our students and their families are affected by our increases and by inflation. We are caught in an inflationary vise between the institutional pressures and the impact on our students and their families.”

Brown cited a number of factors for the decision, including the lifting of a hiring freeze that had been in place during most of the COVID-19 pandemic. He said BU has hired 1,590 staff members in the last 12 months (200 more than the closest comparable period in 2019-2020). And many open positions still remain, he noted.

With the rate of inflation currently around 8 percent—the highest since 1981—Brown said the tuition hike does not keep pace with the soaring cost of living and that the tuition increase cannot fully offset the increased operating costs at BU. Other colleges and universities around the country are imposing their own similar tuition increases, with none matching the rate of inflation. Harvard College is increasing tuition by 3 percent, Boston College by 3.9 percent, MIT by 3.8 percent, George Washington University by 3.9 percent, Duke University by 4 percent, and University of Virginia by 4.7 percent.

In addition to the tuition news, Brown said the newest class of students who have accepted admission offers from BU is “academically stronger than ever” and “more diverse and represents a greater variety of high schools and socioeconomic backgrounds than ever before.” He said the class will also be larger than the anticipated 3,100, because of an increase in the number of students who accepted BU’s offer.

In his letter, he noted another issue that BU, like all colleges and universities, has faced: a greater need for more mental health services. The pandemic shined a bright spotlight on student well-being and the urgency for schools to make more services available. “Significant additional resources for both in-person and telehealth consultations were deployed this year,” Brown wrote, mentioning the promotion of Carrie Landa, Student Health Services director of behavioral medicine, to a new position as executive director of student wellbeing.

With BU’s 2022 Commencement less than two weeks away, Brown also struck a note of optimism in his letter. He wrote that last year was the best fundraising year in BU’s history, and this year is on pace to exceed that. And he pointed to the glistening new Center for Computing & Data Sciences on Comm Ave as a beacon of how BU is determined to be a research and thought leader in the exploding field of computing and data science.

“Although the twists and turns caused by COVID have complicated the University’s operations and our personal lives,” he wrote, “I hope you take pride in the collective progress we have made under very difficult conditions. Although each of us may assess Boston University in diverse ways, I believe we can all take pride in the accomplishments of the 7,454 students who will graduate on May 22. Their accomplishments are built on the collective work of our academic community.”

There are 7 comments on BU Raising Tuition 4.25 Percent, Largest Hike in 14 Years