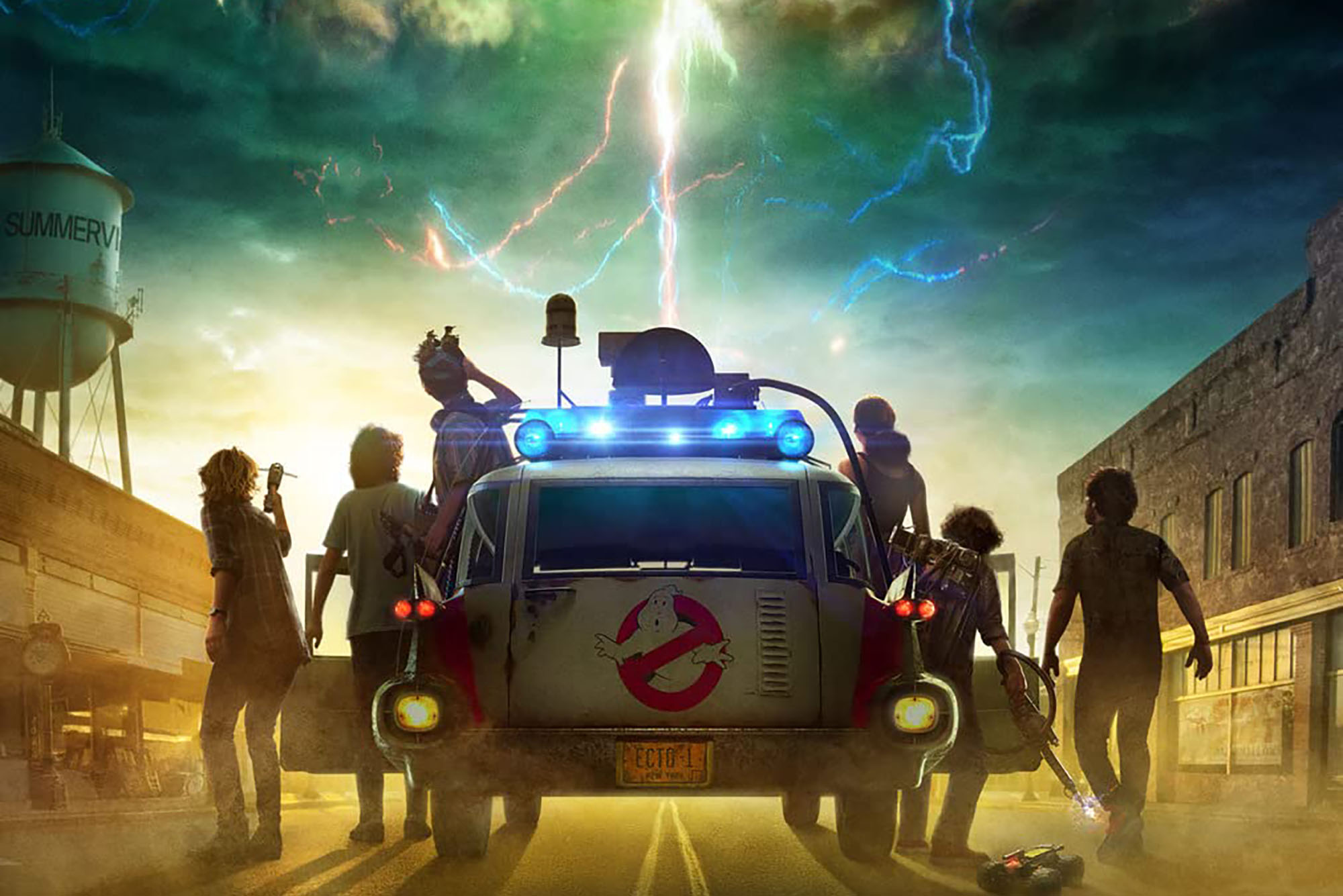 Who are you gonna call? The Ghostbusters series returns with fresh faces and tributes to the original cast. Ghostbusters: Afterlife follows a family moving to a new town who soon discover their connection to the Ghostbusters is stronger than previously thought. Poster courtesy of Sony Pictures

Dying to Know Who Won Our Ghostbusters: Afterlife Quiz?

The lucky winner is…

The much-anticipated Ghostbusters: Afterlife opens today around the United States. This morning BU Today announced a trivia contest to celebrate, and when it ended at noon, we entered the names of everyone who answered all the questions correctly in a drawing for two free tickets to a showing of the film tonight at 7 pm at Regal Fenway.

The winner is Katie Steiling (MED’02, ENG’10, GRS’10), a School of Medicine assistant professor of medicine. We’ll send details by email and phone. Congratulations on your two tickets.

2. How many members comprise the original Ghostbusters squad?

3. What is the license plate of the iconic Ghostbusters vehicle that has appeared several times in the franchise’s movies?

4. Where is the Ghostbusters New York City headquarters?

5. After its release, Ghostbusters (1984) became the highest grossing comedy of all time. Which movie took over that honor in 1990?

6. Slimer the ghost was an homage to what famous Saturday Night Live actor who was Aykroyd’s best friend and died of an overdose before the film was released?

7. Which large ghost menaces the streets of New York at the end of Ghostbusters (1984)?

8. True or false: Ghostbusters: Afterlife is the first movie in the series that is set outside of New York City.

9. The eponymous theme song is one of the most memorable parts of the film, yet it lost Best Original Song at the 57th Academy Awards to what song?

“I Just Called to Say I Love You,” by Stevie Wonder

10. Finn Wolfhard already had experience wearing Ghostbusters gear— his character in which show dresses up as a Ghostbuster for Halloween?

Dying to Know Who Won Our Ghostbusters: Afterlife Quiz?

Dying to Know Who Won Our Ghostbusters: Afterlife Quiz?
0
share this