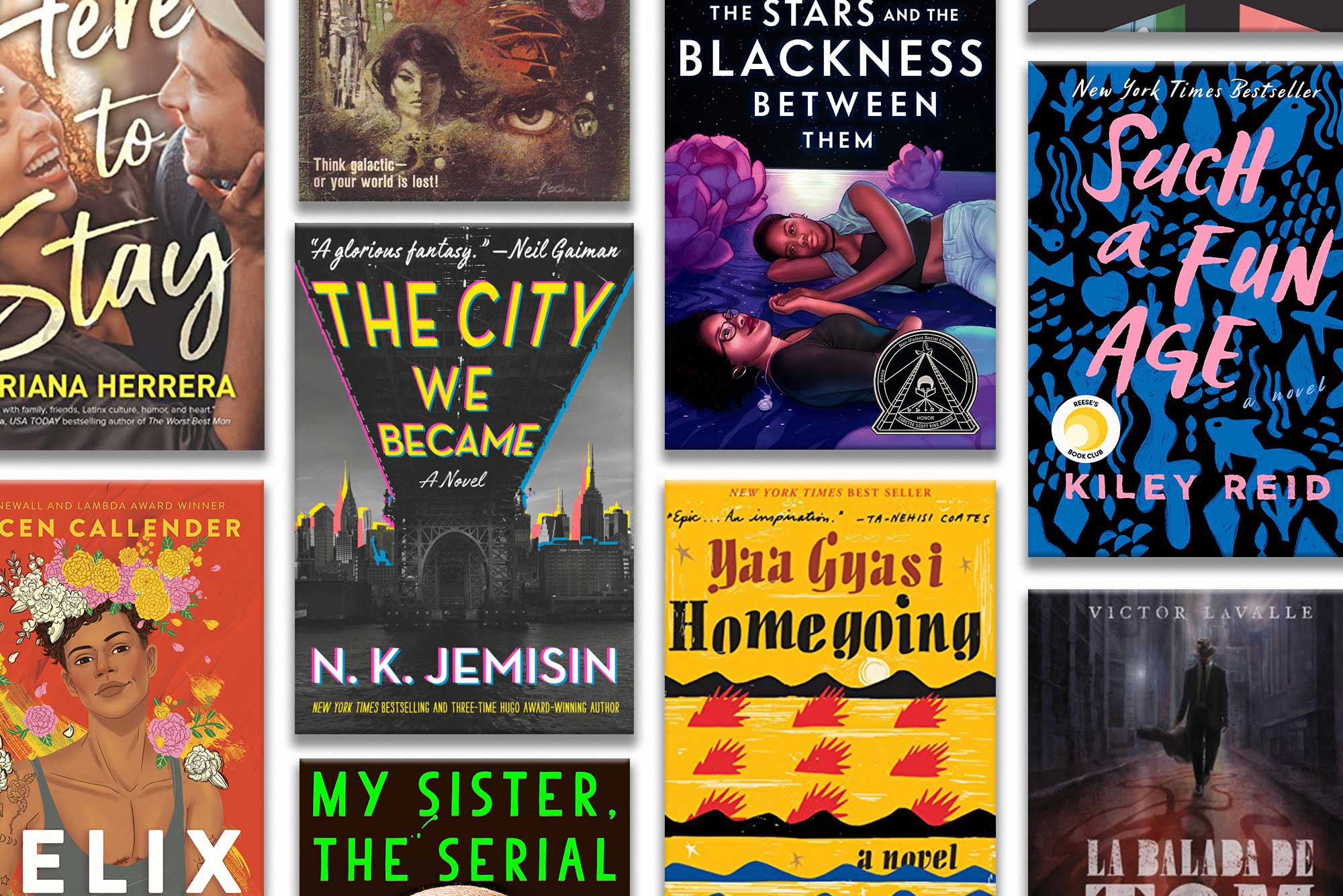 From horror and fantasy to family drama and historical fiction, these novels by Black authors will inspire and entertain

February is here and that means that (besides Valentine’s Day) it’s Black History Month, a time to recognize and celebrate Black voices. With that in mind, we’ve put together a list of 10 novels by Black authors sure to both inspire and entertain. And if you plan to purchase any of these books, consider ordering them from a Black-owned bookstore.

Fans of H. P. Lovecraft’s stories, but definitely not fans of his racism and xenophobia, will be glad to know that a lot of Black authors have been writing books that explore race and Lovecraftian horror. This novella, set in 1924 and inspired by Lovecraft’s short story “The Horror at Red Rock,” tells the story of Charles Thomas “Tommy” Tester, a young man who uses the grief of his father’s muder at the hands of the authorities to channel cosmically unfathomable powers to avenge his father’s death.

When Emira, a young Black woman in her early 20s, takes the white toddler she babysits to the grocery store, she is unexpectedly the target of a racially charged attack. While she wants to forget that it ever happened, her boss, Alix, attempts to make the situation right, though her efforts may be more selfishly motivated and performative than she would like to admit. This acclaimed debut novel offers a sharp, funny satirical look at race and class.

Written entirely in verse, this YA book by National Book Award winner Elizabeth Acevedo follows two half-sisters separated by an ocean and their father’s secrets. Camino and Yahaira Rios discover each other’s existence in the wake of their father’s death on an ill-fated American Airlines flight. One sister lives in New York City, the other in the Dominican Republic, and together, they grapple with the knowledge that their father was not the man they thought he was.

How can our past affect our future? Do we carry the knowledge of our ancestors with us? Two half-sisters, Effia and Esi, are born in different villages in 18th-century Ghana, neither knowing about the existence of the other. Effia is married off to a wealthy Englishman and lives a life of comfort and privilege, while Esi is captured and sold into slavery in America. The rest of the novel follows their descendants and how the fates of Effia and Esi affect their family line for centuries to come. Gyasi’s debut novel, Homegoing won the 2017 Pen/Hemingway Award and was named a New York Times Notable Book of the Year.

This lyrical YA novel follows two teens, Audre, who has just moved to the United States from Trinidad after her mother caught her with her secret girlfriend, and Mabel, a girl who is trying to figure out both her place in the world and why she has been feeling so sick lately. When the two of them meet, a romance blossoms, but a fatal diagnosis threatens to tear them apart. The book received a Coretta Scott King Honor Award from the American Library Association.

Felix Love knows two things: he’s never been in love and he’s proud of his identity as a Black queer transgender teen. But when an anonymous student starts sending him transphobic messages and publicly posts his deadname and pictures of him before he transitioned, he hatches a plan for revenge…and accidentally finds himself in the middle of a love triangle.

Set in Lagos, Nigeria, this book follows nurse Korede, who spends her days helping patients and her evenings helping her beautiful younger sister, Ayoola, clean up after her latest murder. Korede knows that the right thing to do is to turn her sister in to the authorities, but she can’t bring herself to betray her, until Ayoola sets her sights on the doctor Korede has been in love with for years. Braithwaite’s mystery/thriller earned a 2019 Booker Prize nomination.

In the distant future, humanity is involved in a deadly intergalactic war with the Invaders, who speak a language known only to them, Babel-17. To defeat them, poet and linguist Rydra Wong is recruited to decode the language, but she soon finds that studying Babel-17 is just as dangerous as being on the battlefield. Written in 1966, this sci-fi classic continues to mesmerize readers.

In this humorous romance novel, Julia del Mar Ortiz is still reeling from a breakup with her boyfriend after she moved from New York City to Dallas to be with him. Alone in Texas with an apartment and a car lease, her only comfort comes from her job working for a nonprofit organization. However, things begin to get complicated when Julia starts to fall for a consultant at work who’s been hired to determine if her job should be eliminated.

Ten Books to Read during Black History Month
2
share this