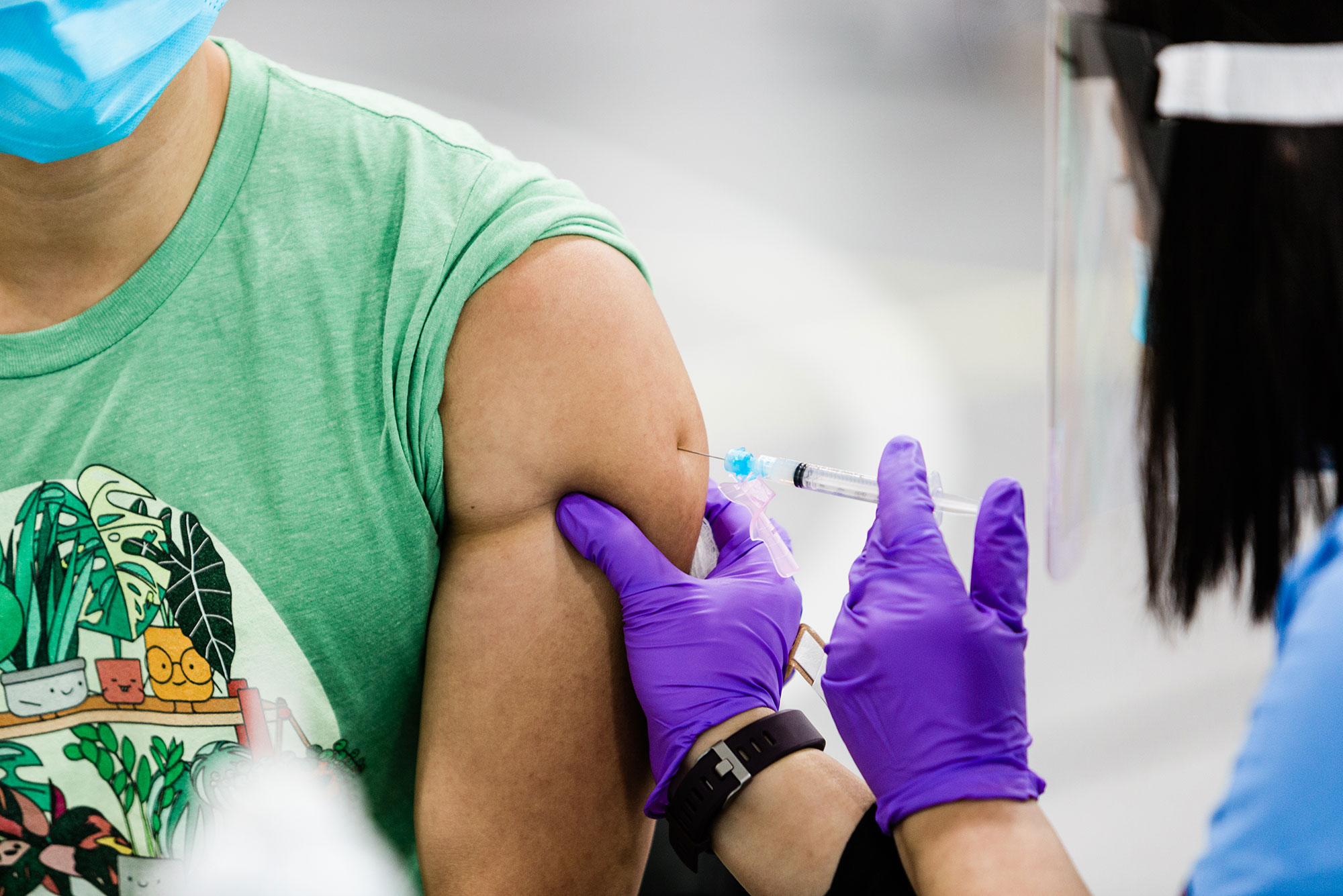 A tight supply of COVID-19 vaccine has led Massachusetts to halt further distribution of first doses to colleges and universities, pausing BU’s vaccination program. But members of the BU community who have already  received a first dose on campus are expected to be able to get their second through the University as scheduled.

“There’s no indication of a specific time” for resuming distribution, says Judy Platt, director of Student Health Services and chair of BU’s Medical Advisory Group. “Rather, the state indicates that other provider sites, presumably like colleges, will hopefully receive vaccine when the supply is ‘vast and unconstrained.’”

“The advice for everyone [eligible for vaccine],” she says, “is to seek vaccination at sites where vaccine is primarily being directed, which includes community health centers and public and mass vaccination sites.” A state website listing the sites is here, while those eligible for the vaccine under state guidelines can be found here.

In its statement tightening vaccine distribution, the state said that the 139,000 first doses it receives from the federal government weekly are “completely inadequate to meet the demand of our provider community or our citizens. This is an unfortunate reality and places severe limitations on our vaccine allocation and distribution.”

Governor Charlie Baker last week green-lit administering the vaccine to residents 65 or older, those with two or more specific medical conditions that put them at higher risk for COVID-19, and residents and staff at housing for low-income and senior citizens. “With this announcement, 1 million more individuals became eligible for the vaccine,” the statement said. “As the Commonwealth moves forward and these million residents become eligible, and in light of the continued inadequate supply of vaccine, the Administration must streamline the vaccine distribution process.”

The University received 500 doses of the Moderna vaccine in January. Per the state’s vaccination timeline, BU’s first shots were given to healthcare workers and those in critical COVID-facing roles.

The Bay State’s vaccination efforts have been criticized for issues from registration technology meltdowns to tardiness in reaching residents of color. But Massachusetts is among the top 10 states in percentage of residents who’ve gotten a first dose; it was in the bottom 10 just last month.

The announcement about new vaccine eligibility accentuates other positives as well, including that Massachusetts tops the one-half of the states with five million people or more in first doses per capita. Also, more than 60 percent of residents who are 75 or older have gotten a first dose, outstripping the national average of 47 percent.

Before higher education lost its vaccine eligibility, a reporter at Baker’s Tuesday, February 23, press conference questioned why some local health boards serving the general public couldn’t get vaccine while colleges and universities, which vaccinate only their affiliates, did. Baker defended higher education institutions, saying that they were adhering to state guidelines in vaccinating healthcare workers first.

But he said he couldn’t explain why the education sector’s employees were getting vaccination appointments more easily than the general public at such mass vaccination sites as Roxbury’s Reggie Lewis Center.

Find more information on BU’s response to the pandemic at Back2BU.