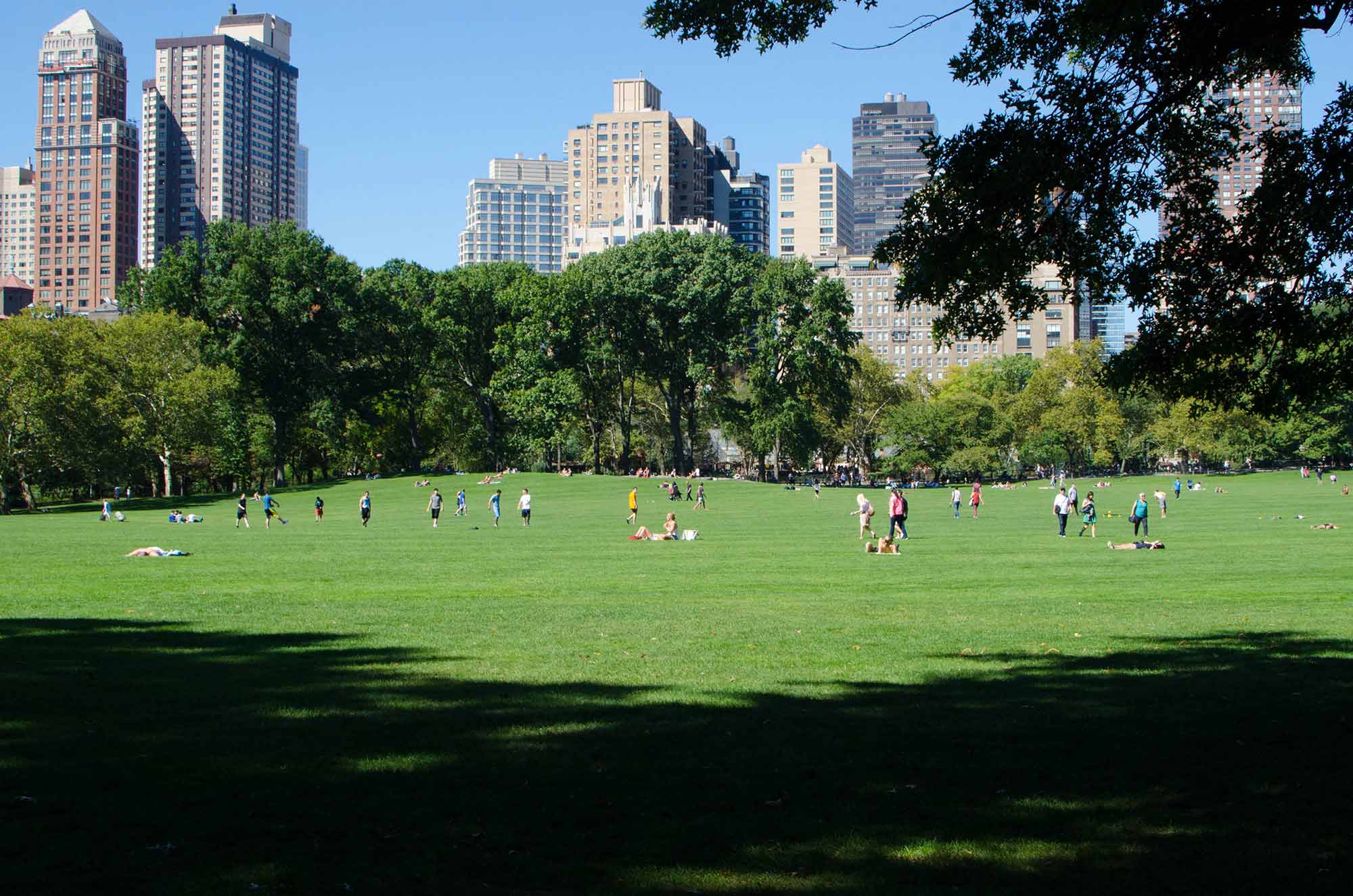 Photo by Carl Newton on Unsplash

In October 2018, the city of Boston reached a major milestone. Martin Walsh, then Boston’s mayor, and the Trust for Public Land announced that all city residents now had access to a public park within a 10-minute walk of their home.

The announcement stemmed from Boston’s championing of the 10-Minute Walk to a Park Campaign, a joint effort by the Trust for Public Land, the National Recreation and Park Association, and the Urban Land Institute, whose goal is to bring easy and equitable access to green spaces to everyone living in US cities by 2050. Leaders from more than 130 cities nationwide have pledged support since 2017. The need for the initiative is now more urgent than ever: new data show that the COVID-19 pandemic has caused a surge in the popularity of parks, but has also exposed disparities in who has access to them.

Patrick Kinney, a BU School of Public Health professor of environmental health, has researched the health, economic, environmental, and community benefits of urban green spaces. Trained as an air pollution epidemiologist at the Harvard School of Public Health and recently named by Reuters as one of the world’s top climate scientists, Kinney is developing a new program at SPH that focuses on assessing the health benefits of urban climate action plans via strategies to promote active transport, green infrastructure, and clean vehicles.

We spoke with Kinney to learn more about the defining elements of green spaces, their impact on both cityscapes and city dwellers, and how the COVID-19 pandemic has increased their vital role in urban life.

BU Today: How do you define urban green space and how does it differ from urban green infrastructure?

Patrick Kinney: Green space in cities can take many forms, including dedicated parks, street trees, private gardens, and corporate public spaces. The more specific term “green infrastructure” usually, though not always, is used to describe landscape elements that incorporate vegetation as part of a system to control runoff of stormwater.

BU Today: How important are green spaces and green infrastructure in urban environments?

Patrick Kinney: Green spaces are essential features of high-quality urban environments. On an individual level, they can provide cool, quiet, and restorative areas of respite within an otherwise stressful urban landscape. On a larger scale, green vegetation pulls carbon out of the air, which helps slow climate change, while also cooling the local environment and reducing impacts of a warming world.

BU Today: What are the benefits of access to green spaces in urban environments?

Patrick Kinney: A large and growing epidemiologic literature documents a range of health benefits associated with living in close proximity to green space, including reduced overall mortality rates and cardiovascular diseases and improved mental health. The mechanisms through which green space imparts health benefits remain the subject of active research, but likely include some or all of the following: psychological benefits, including reduced stress; enhanced immune function; increased physical activity; social connectedness; improved air quality.

BU Today: How has the COVID-19 pandemic affected people’s perceptions of green spaces?

Patrick Kinney: Recent evidence has confirmed increases in recreational use of green spaces during the COVID-19 pandemic, which likely reflects several factors, including time savings from not commuting, the relative ease of social distancing outdoors, and green spaces’ role as an antidote to “cabin fever.” Along with improved air quality, this change in nature engagement may represent an important health benefit amid the otherwise devastating impacts of the COVID-19 pandemic.

BU Today: Are there disparities in access to green spaces across cities?

BU Today: Why should cities prioritize green infrastructure, and how can it be effectively developed within existing urban spaces?

Patrick Kinney: Cities are recognizing the need to prioritize green infrastructure—even if they are already widely developed. For example, here in Massachusetts, Cambridge and Somerville are currently confronting the challenge of how to increase access to green space in areas that are already largely built out. Programs to plant new, and maintain existing, street trees can help. We also need more research to help planners understand which features of urban green space make them most effective in conferring health benefits. The High Line trail in New York serves as a strong example of a formerly industrial space successfully converted into what is now one of the city’s most popular greenways. The former freight rail line breathes life into the surrounding community and adheres to a mission centered on reimagining the role public spaces have in creating connected, healthy neighborhoods and cities.

BU Today: What are the factors that facilitate the execution of green spaces, and what are the barriers that may prevent such implementation in certain areas?

Patrick Kinney: Greater public awareness of the health benefits of green space is one of the main factors that could help build political will for programs to invest in greening initiatives. One of the main barriers to increasing green space in urban areas is the lack of available space, thus calling for creativity in identifying vacant or convertible parcels. One innovative approach to consider is to convert obsolete car-centric infrastructure like roads, parking lots, and shopping malls to mixed-use spaces that incorporate well-designed green space.

This article was originally published in the BU Experts Medium channel.