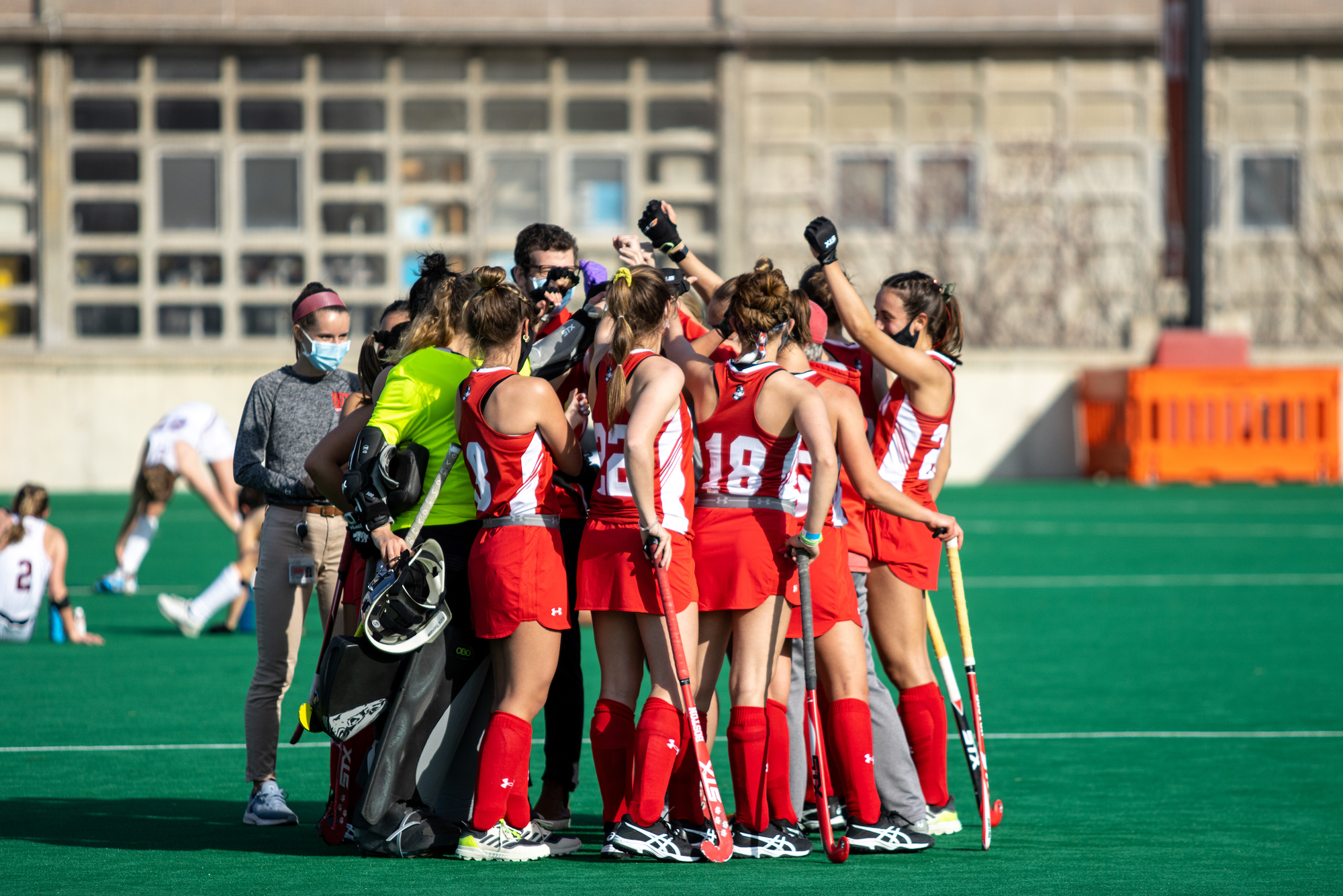 The BU field hockey team is off to its best start since 2017, when the Terriers went on to win the Patriot League. Photo by Rob Branning

Field Hockey Off to a Stellar 3-0 Start

With playoffs just two weeks away, Terriers are aiming for another Patriot League title

After what felt like an endless 16 months away from game action, the BU field hockey team has started its 2021 season with a 3-0 record—Its first 3-0 start since 2017.

“I’m really happy with the team,” head coach Sally Starr says. “It’s critical that you get points in every game that you play, and right now we’re standing with nine points at the top of the ledger of the Patriot League.”

The Terriers are the conference’s only remaining undefeated team, completing a trio of 2-1 wins over Holy Cross, Lafayette, and Colgate since the season began the first week of March.

“Every game has been close,” Starr says. “I’m just really pleased with our team’s capability of being ready to play, competing hard, and getting the results.”

That preparation was tested in BU’s most recent game, when half of the team couldn’t play because of COVID-19 isolation protocols. The Terriers were left with four seniors, one sophomore, six freshmen, and no substitutes, but still managed to pull off a come-from-behind 2-1 win over Colgate on March 27.

“That was a huge win, absolutely,” the coach says. “I’m just really proud of the way the seniors led the group and the freshmen came out ready to compete and ready to play.”

Now, with only two games left in the regular season, the Terriers say they are embracing every opportunity to play, especially after having to wait an extra semester for their season to begin.

“Everyone was just itching to get back and play against a team that wasn’t each other,” Alexis Pettisani (Sargent’21) says. “It’s been really exciting to get back out there with everyone.”

Starr appreciates how well her team has come together this season, given the challenges presented by the pandemic. “Creating that team dynamic and team chemistry has taken an extra effort,” she says, “and I’m really proud of the way our seniors and the entire team have created a tremendous team culture.”

Pettisani is on board with that. “Our team has always been extremely close, and I think those relationships are something that we really value, and make our team our team,” she says.

Pettisani says creating more offense was a priority going into the season. “Last year we struggled a little bit getting the ball in the back of the net. This season, we’ve been really developing some strikers to score some awesome goals,” she says.

Just three games in, BU is already halfway through a pandemic-forced conference-only shortened 2021 schedule. The Terriers have two more contests before the playoffs begin, and Starr says the goal, as always, is to win the conference title and reach the NCAA Tournament.

As the season progresses, one acronym can sum up what the coach expects from her team:

“Our core values are JIPS—playing with joy, having integrity, playing with passion, and being selfless. This has been a team that has really done that, and is doing that every day.”

The Terriers finish the regular season with a two-game home stand, beginning with Holy Cross this Sunday, April 11, at 1 pm, on New Balance Field, followed by Lehigh on April 18, also at 1 pm. The Patriot League playoffs begin April 22 and will be hosted by the top seed, which currently is BU. All games will stream live on ESPN+ and can be followed via GoTerriers.com and @BUGameDay on Twitter.

Field Hockey Off to a Stellar 3-0 Start