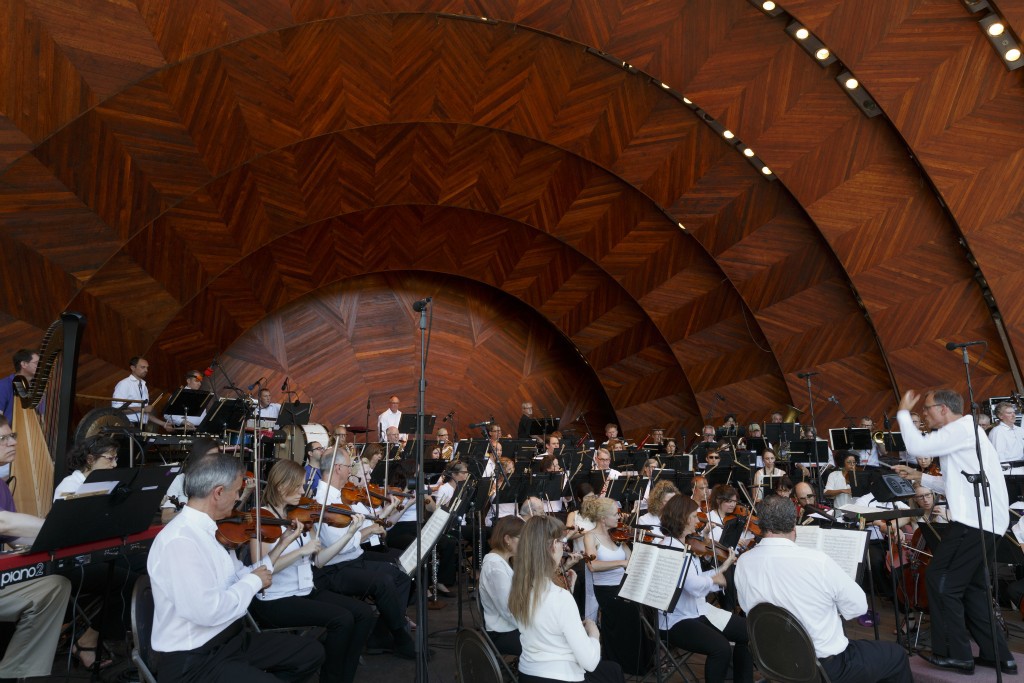 Directions: Via public transportation, take an MBTA Red Line train to Charles/MGH or a Green Line trolley to Arlington. Walk toward the Charles River and cross the Arthur Fiedler Footbridge to the Esplanade.

All of the concerts are free.

One of Boston’s most popular summer traditions returns tonight, August 4, when Boston Landmarks Orchestra (BLO) kicks off a series of free concerts, taking place each Wednesday through September 1. Tonight, the orchestra, led by BLO conductor Christopher Wilkins, will perform Beethoven’s iconic Fifth Symphony, along with works by notable American Black composers, including William Grant Still (Spirituals: a Medley), Florence Price (Concert Overture No. 2), Nkeiru Okoye (I Am Harriet Tubman, Free Woman), and James P. Johnson (Drums). The BLO’s 2020 series was cancelled due to the COVID-19 pandemic.

The orchestra, composed of many of the Boston area’s top professional musicians, will also perform George Gershwin’s Strike Up the Band: Overture and Jules Massenet’s Thaïs: Méditation.

Since 2001, the BLO has been performing free concerts each Wednesday night from mid-July through August at the Hatch Shell. In that time, the orchestra has   earned a reputation for its inclusive repertoire and community outreach (they perform concerts in neighborhoods across the city).

Other concerts this season include Rachmaninoff to Ellington: Music & Healing, on August 11, Amazing Grace & Sousa Marches, a symphonic winds concert  on August 25, and, for its season finale on September 1, Rhapsody in Blue & American Portraits, a concert of works by American composers. On August 18, the Longwood Symphony Orchestra and Mercury Orchestra will perform pieces by Johann Sebastian Bach, Ludwig van Beethoven, Aaron Copland, Nikolai Rimsky-Korsakov, and Pyotr Ilyich Tchaikovsky.

The Boston Landmarks Orchestra performs tonight, Wednesday, August 4, through September 1, at the Hatch Shell on the Charles River Esplanade at 7 pm. All concerts are free. Find directions to the Hatch Shell here, information about cancellations here, and a complete list of BLO concerts here. Note: if inclement weather is in the forecast on the day of a concert, you should check www.landmarksorchestra.org, any of BLO’s social media pages, or call 617-987-2000 after 4 pm for any changes to the date or venue.