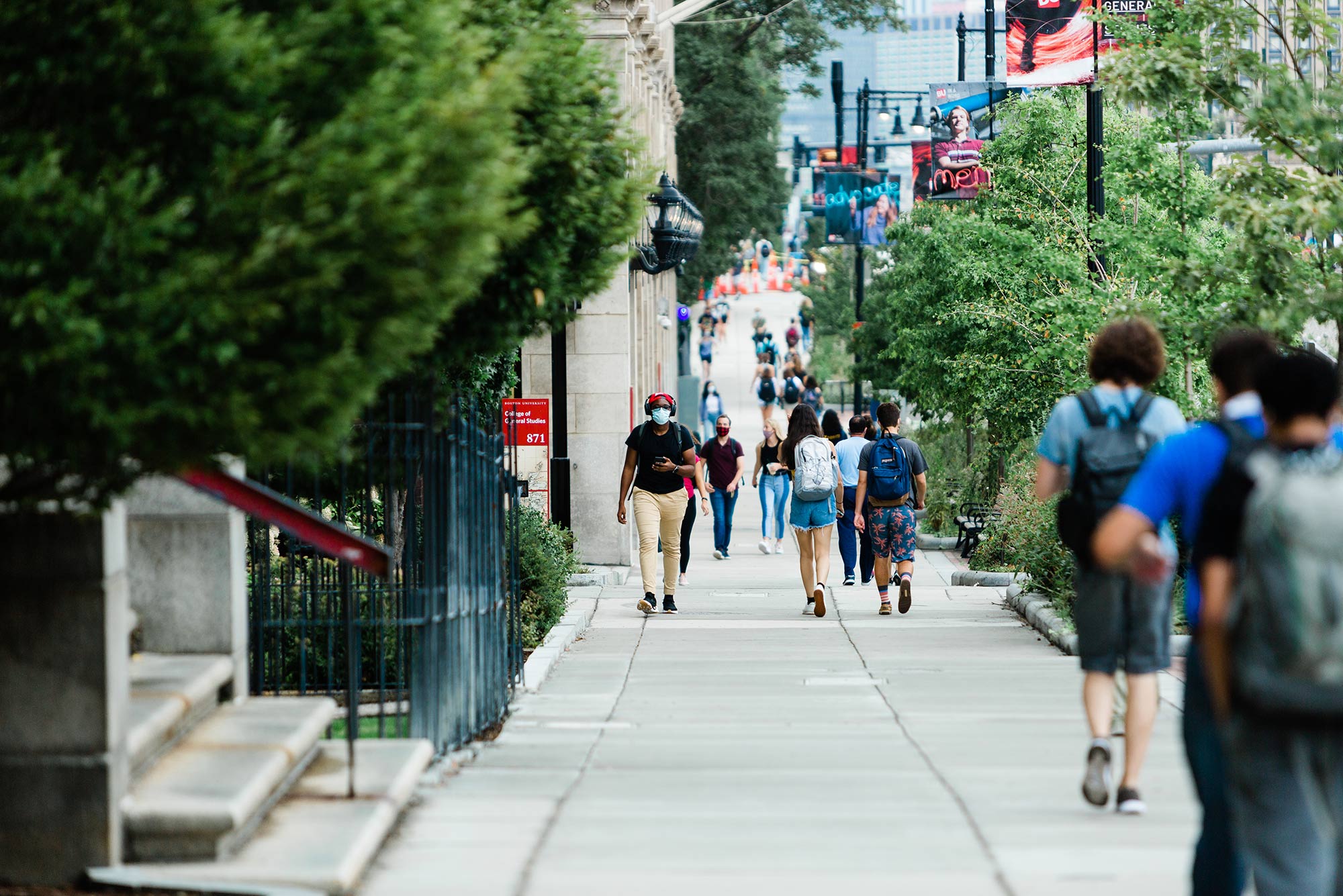 BU’s Board of Trustees has created a new Diversity and Inclusion Committee to further the University’s antiracism agenda, Robert A. Brown, University president, announced in a letter to the University community sent Tuesday.

“This new committee will ensure that issues of diversity, inclusion, and antiracism are prominent at the highest level of the University’s governance structure,” Brown writes, “adding importance and accountability to our efforts.”

The committee’s membership will be determined next month, the letter says. Andrea Taylor (COM’68), who stepped down as a trustee last month to become BU’s first senior diversity officer, says the committee chair will come from the board’s Executive Committee.

“The AWG is responsible for examining our institution’s racial climate, biases, and progress, and identifying best practices to foster diversity, equity, and inclusion,” Brown notes in his letter. “The AWG’s first meeting, to be held in October, will focus on developing a work plan for the remainder of the year. Over time, I expect the Working Group to study all the major units of the University and to interact with student, staff, and faculty organizations across the University, as well as with the Boston University Alumni Council and the Black Alumni Leadership Council.”

As for working with the Diversity Committee, Taylor says, “there may be collaboration as we develop goals, objectives, and metrics.”

The committee’s creation comes in a year of racial introspection at the University, and in the country. In April, the trustees adopted a new Strategic Plan, and one of its key provisions calls for “an even more diverse and inclusive institution that provides fair access and opportunities to all faculty, staff, and students.”

“The committee will be an important resource to the change process as the new Strategic Plan for BU is finalized and implemented by the trustees,” Taylor says.

In June, after the police killing of George Floyd in Minneapolis ignited nationwide protests and discussions of systemic racism, the University suspended all normal business for a Day of Collective Engagement: Racism and Antiracism, Our Realities and Our Roles to reflect on racism, on and off campus. That same month, BU announced that noted racism scholar Ibram X. Kendi would lead the new BU Center for Antiracist Research and join the College of Arts & Sciences faculty as a professor of history.

Williams also is one of several representatives from the provost’s office on the AWG, which “is an important new group with the University-wide reach to provide vital guidance about processes and best practices,” says Jean Morrison, BU provost and chief academic officer.

Besides Taylor and Williams, the 18 AWG members are:

In his letter, Brown applauds the broader BU community’s antiracism commitment: “While institutional steps are critically important in the struggle for equality, your activism and civic demands for justice are indispensable, too.”