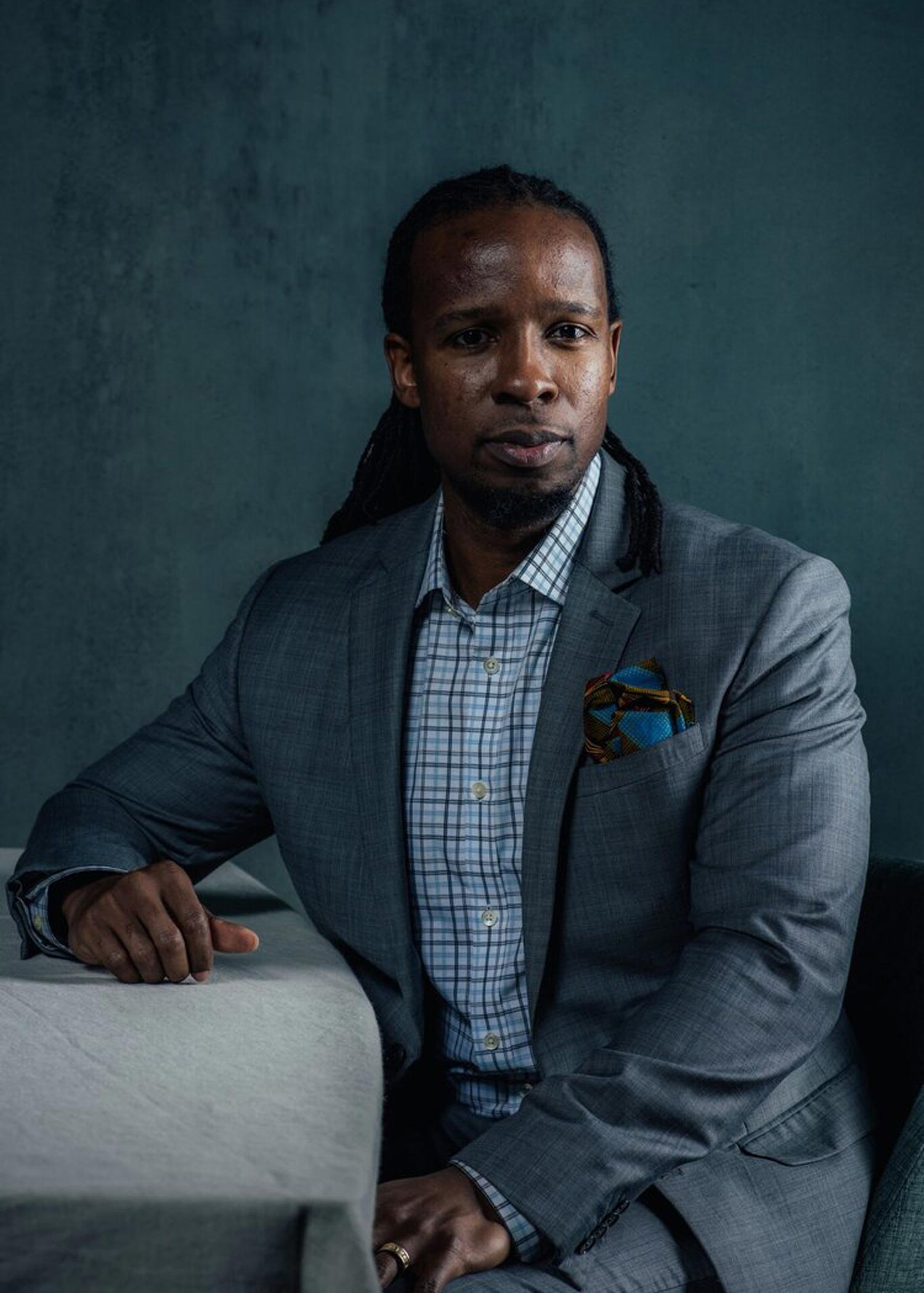 Leading scholar and historian of racism Ibram X. Kendi will launch the BU Center for Antiracist Research when he joins the University July 1. The center’s mission, he says, will be “to solve seemingly intractable problems of racial inequity and injustice.” Photo by Stephen Voss

Ibram X. Kendi, one of the nation’s leading scholars and historians of racism, will join Boston University’s faculty on July 1 and launch the BU Center for Antiracist Research , the University announced Thursday morning.

A move that was almost a year in the making started with a book event Kendi hosted at Brookline’s Coolidge Corner Theatre in August 2019 that led to a string of conversations with Jean Morrison, University provost and chief academic officer, and with faculty in the College of Arts & Sciences departments of history and of sociology, the African American Studies Program, and many other BU schools and colleges.

Kendi, 37, who comes to BU from American University, where he is a professor of history and of international relations, is the author of the 2019 best-selling book How To Be an Antiracist and 2012’s The Black Campus Movement, which won the W.E.B. Du Bois Book Prize. He won the National Book Award in 2016 for Stamped from the Beginning: The Definitive History of Racist Ideas in America, making him the youngest winner of the award for nonfiction.

“Ibram’s appointment and his leadership will create a critical emphasis on research and policy to help eliminate racism in our country,” Robert A. Brown, BU president says. “I look forward to the impact of his work and the new Center on the Boston University community.”

Kendi has been an outspoken voice in recent weeks about the killings of unarmed black men and women, most recently George Floyd in Minneapolis, whose death by a police officer who knelt on Floyd’s neck for nine minutes has sparked ongoing protests in cities and towns across America, including one Tuesday night at Boston’s Franklin Park that drew thousands of demonstrators. Also, just last week, Kendi spoke before the US House Ways and Means Committee about the disproportionate impact of COVID-19 on black Americans. “This is the racial pandemic within the viral pandemic,” he testified.

And people are listening to him. How To Be an Antiracist and Stamped: Racism, Antiracism, and You, his coauthored young adult version of Stamped from the Beginning, are both best sellers right now. He is a regular contributor to The Atlantic and CBS News. In 2019, The Root listed him as the nation’s most influential African American college professor under age 45.

Morrison says Kendi’s hiring aligns with one of the five major pillars of BU’s new Strategic Plan for 2030—to strengthen diversity, equity, and inclusion. “Our conversation with Professor Kendi has been in the works for a while,” she says. “We have wanted to establish a research and scholarly hub around social and racial justice. I know I join many of our faculty who are thrilled that the initial conversations have culminated in Ibram’s joining Boston University.”

Kendi was especially drawn to BU’s multidisciplinary approach, where faculty are encouraged to collaborate across schools and disciplines—social workers teaming up with artists, doctors working with engineers, educators sitting with data scientists.

“My hope is that it becomes a premier research center for researchers and for practitioners to really solve these intractable racial problems of our time,” Kendi told BU Today this week. “Not only will the center seek to make that level of impact, but also work to transform how racial research is done.”

Although details about the BU Center for Antiracism Research, which will be housed at 745-755 Commonwealth Avenue, are not yet finalized, Kendi has outlined its broader mission:

The center will foster collaborations across the University; build multidisciplinary problem-centered research teams; assist faculty from all corners of BU with converting racial research into media pitches and books; collect, organize, and utilize data on racial inequity; and organize public events, including the Antiracist Book Festival.

Crystal Williams, BU’s associate provost for diversity and inclusion, who organized the group that attended Kendi’s 2019 event in Brookline, says she’s “thrilled by Dr. Kendi’s addition to our faculty. He steps into a lauded history of formidable and publicly engaged intellectuals. Ibram’s extraordinary vision and scholarship will deepen and further BU’s ongoing commitment to anti-racist work.”

My hope is that it becomes a premier research center for researchers and for practitioners to really solve these intractable racial problems of our time.

Kendi, who earned a doctorate in African American studies at Temple University, says scholars who study race and racism typically do so as individuals, but that he wants to develop a team model. “I hope that through the BU Center for Antiracist Research,” he says, “BU becomes the premier university in the United States for anti-racist research.”

“He was looking for an institution where he could build a world-class anti-racism program in collaboration with scholars who are also interested in the myriad issues that intersect race,” Morrison says. “I think we have provided him the platform he needs. It was about finding a university that would be able to match his aspirations. And at BU, he joins an already distinguished group of scholars who work on issues of race and society—and the capacity for growth around this center is significant.”

While conducting his research and writing, Kendi also faced a personal battle: in January 2018 he was diagnosed with stage 4 colon cancer. (He told the Washington Post last year: “I can’t necessarily call myself a survivor as much as I’m surviving it.”)

At American University, Kendi was the founding director of its Antiracist Research and Policy Center. And in moving from Washington to Boston, he also will be moving from a diverse city where African Americans represent half the total population to a city with a long history of racial strife, where blacks make up a quarter of the population.

Although the effort to bring Kendi to BU began long before both the coronavirus pandemic and the ongoing protests, his official start comes at a moment in US history that many historians say is unrivaled. Global economies are in turmoil from the impact of the COVID-19 pandemic that forced people into quarantine in March; unemployment is at record highs; a president who survived impeachment in January and is stoking anger with daily tweets is facing reelection in November; and the recent deaths of Floyd, Ahmaud Arbery in Georgia, and Breonna Taylor in Louisville, Ky., ultimately sparked protests from Atlanta to Washington, Minneapolis to Boston, Chicago to Dallas that have left many Americans reeling.

At BU, the mission of the center, in Kendi’s words, will be “to solve seemingly intractable problems of racial inequity and injustice.”

Those problems have never been more in need of a clear, calming voice such as Kendi has projected in his books, research, lectures, essays in national media, television appearances, testimony before Congress, and essays in The Atlantic like the one he wrote on Monday after a weekend of violence. “History is calling the future from the streets of protest,” the essay ends. “What choice will we make? What world will we create? What will we be? There are only two choices: racist or anti-racist.”

“I am tremendously excited about being able to recruit Ibram to BU,” Morrison says. “He will be a critical additional leader around issues that are essential to society and to our ability to build a better society—an equitable society.”

There are 52 comments on Ibram X. Kendi, Leading Scholar of Racism, to Join BU and Launch BU Center for Antiracist Research