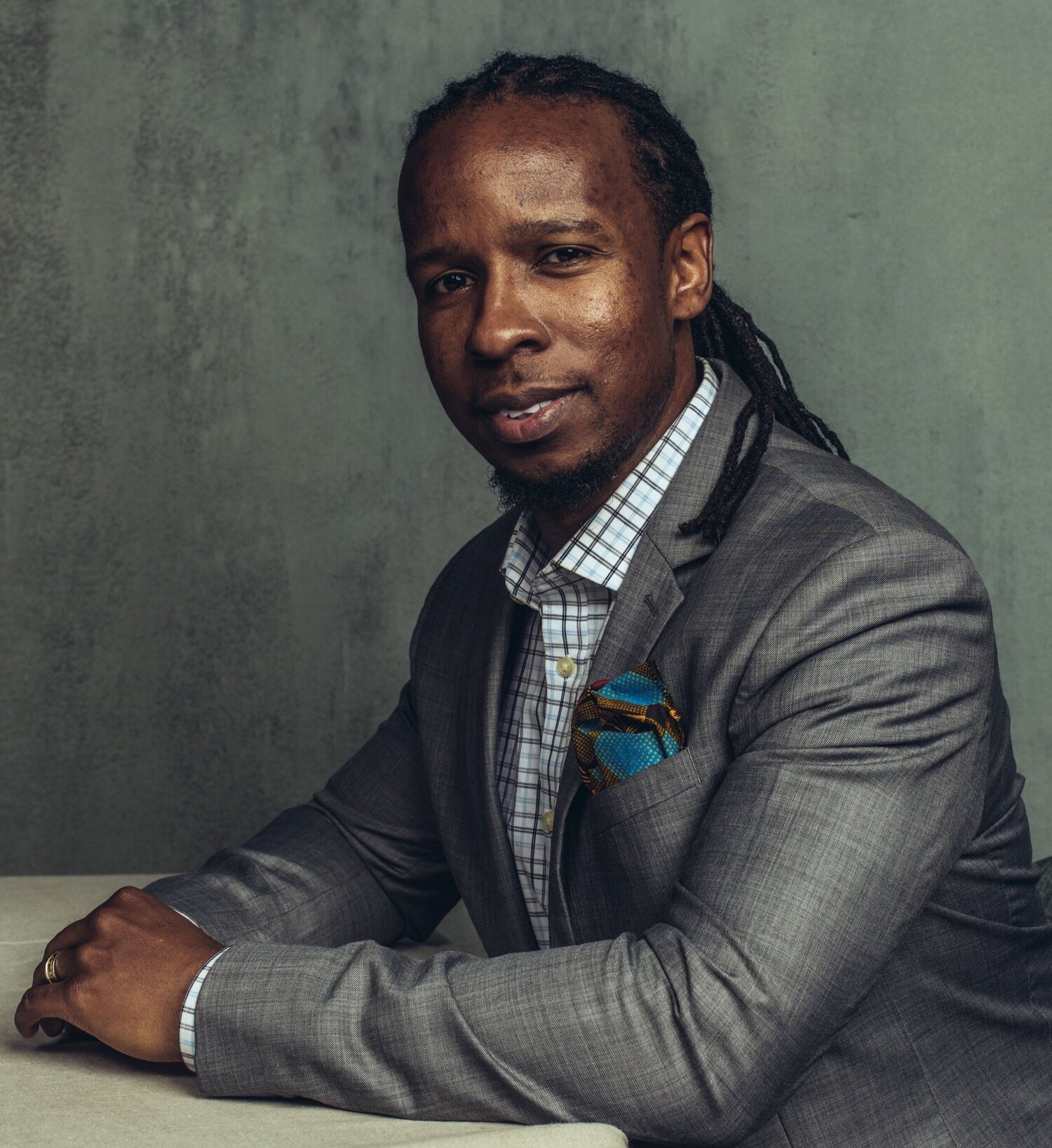 “I Believe That Change Is Possible”—Q&A with Ibram X. Kendi on the Current Protests, Joining BU, and Anti-racist Research

Scholar of racism talks about his outrage at the killing of George Floyd, his aspirations for anti-racist research at BU, and the leaders and writers he looks to now

Ibram X. Kendi was outraged, like everyone else, by the police killing of George Floyd on May 25. But unlike many of us, Kendi isn’t throwing up his hands in despair. He has a plan for fighting racial violence and injustice, and he’s bringing it to Boston University. One of the nation’s leading historians and scholars of racism, he will join BU’s faculty on July 1 and launch the BU Center for Antiracist Research, the University announced Thursday morning.

BU Today spoke with Kendi this week about the killing of Floyd, the nationwide protests over police violence against black people, the racial disparities playing out in the COVID-19 pandemic, and his mission to bring scholars and leaders together at BU to fight racial injustice. For starters, he believes the key to this struggle is to focus not on people as the problem, but on dismantling racist policies.

This interview has been condensed and edited.

BU Today: What was your response when you watched the video of the killing of George Floyd—the police officer with his knee on Floyd’s neck?

Ibram X. Kendi: I was, like many Americans, completely outraged—outraged that somebody who’s supposed to be protecting people decided to use his power to kill someone, when that person was clearly in distress. Sometimes with police shootings, it’s very fast. In this case, there were nine minutes in which any one of the four officers could have made a different decision and thereby done their jobs, saving someone’s life. I ended up writing an essay for the Atlantic this week. I think my ideas and how I felt about it all really came through in the concept that black people being subjected to antiblack racism are being subjected to the American nightmare and that there’s no way to create the American dream amid this American nightmare of racism.

BU Today: Can you talk about how you look at what is happening in the country now through the lens of anti-racism?

BU Today: You built the COVID-19 racial data tracker at American University and are bringing it to BU. Can you talk about your work on that and how it will continue here? BU has a long-standing relationship with the city of Chelsea, the epicenter of the Massachusetts virus outbreak, where 65 percent of the residents are Latinx, and I’m wondering how Chelsea might fit with that work.

BU Today: You’ve outlined plans for BU to eventually offer the first undergraduate and graduate degrees in anti-racism of any university. Why are such degrees important now and how will that program work?

BU Today: Let’s say the anti-racism center was already in place at BU. Could you see it being helpful, for example, in the aftermath of the police killing of George Floyd, or with the racial disparities that are being highlighted by COVID-19?

Ibram X. Kendi: It would depend. Presumably we could build some sort of research response team that is assisting local organizers in different states around the country, in different cities, and could provide them with research and policy support that will allow them to make proposals based on evidence for how local policing could be reformed in their local communities.

BU Today: You’ve written about how the narrative over the killing of George Floyd has evolved and that the media is now overemphasizing the looting. Can you expand on your view of this?

BU Today: You’ve said you want journalists to be part of the anti-racism center. What role do you see for journalists?

BU Today: How do you feel about Joe Biden’s presidential campaign?

BU Today: Why do you want to come to BU—and Boston—and why now?

Ibram X. Kendi: You take Boston University—first and foremost its history, with its founders who were willing to admit all students, no matter their race, religion, or gender. It was, of course, the place where Martin Luther King Jr., received his PhD. It was the place where one of my academic heroes, Howard Zinn, was on the faculty.

Some of the people who I am most fond of have come through there and I think of this University as being on the cutting edge in comparison to other institutions in terms of inclusion. Then, in terms of being a private university, an urban university in a major city—I’m an urban kid, that’s where I’m most comfortable. I grew up in New York City.

BU Today: Boston has a complicated racial history. The Boston Globe had a series last year exploring that history and the systemic racism that many people say continues today. I’m wondering how you’ve thought about that.

Ibram X. Kendi: Boston is known outside of Boston as being a racist city, and as someone who’s lived in Philadelphia and New York City and Washington, D.C., I’ve experienced racism pretty much everywhere I’ve been. To me, if indeed there is more racism in Boston than there is in other cities in the North, then I suspect that’s precisely where an anti-racism center needs to be. You shouldn’t necessarily run from the problem. I’m certainly not running from the problem.

There are some incredible and dynamic leaders currently in Boston who are serious about anti-racist change and progressive change and who have built very proud communities, particularly the historic Roxbury and Dorchester black communities, that I admire and revere as a historian. To be able to come to Boston and work with these people is something I’m looking forward to.

“I Believe That Change Is Possible”—Q&A with Ibram X. Kendi

There are 17 comments on “I Believe That Change Is Possible”—Q&A with Ibram X. Kendi

“I Believe That Change Is Possible”—Q&A with Ibram X. Kendi
17
share this