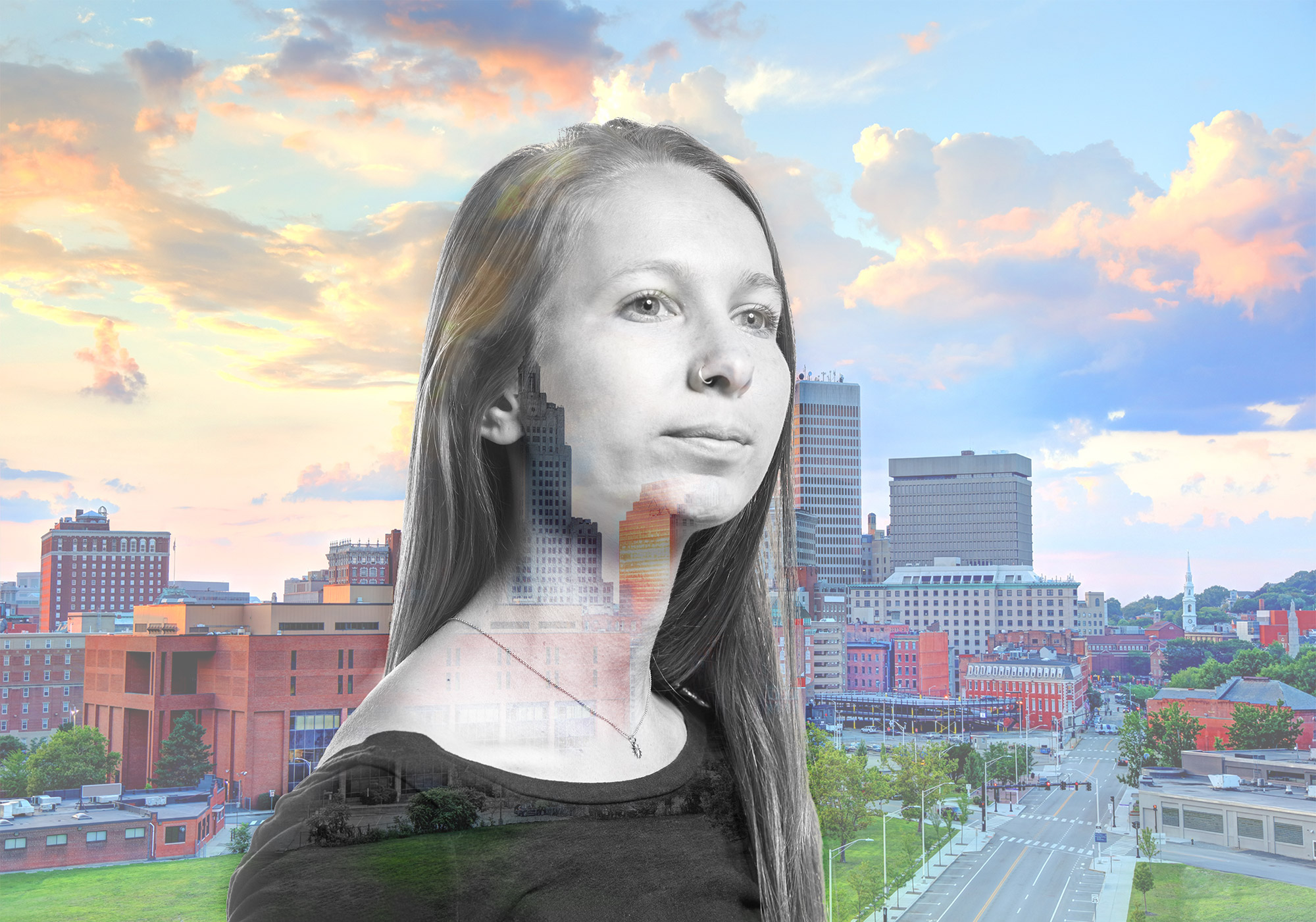 Planting a tree in your yard can increase your property value, while helping to fight climate change (trees absorb carbon dioxide, a greenhouse gas). But rising property values also make urban neighborhoods unaffordable for low-income residents. And trees can boost pollen counts—just ask anyone who suffers from allergies.

That tree-planting, as American as Johnny Appleseed, has downsides is probably a news flash to most. But PhD student Paige Brochu (SPH’18,’22) learned it over the summer during an internship that her BU professors say blends two sciences, uniquely, in American higher ed. One is environmental health, the study of environment’s effects on human health, which is the subject of her doctoral work; the other is biogeoscience, the study of interactions between life processes and geological ones, including how land cover and rising mercury affect air and water.

Interning with the Nature Conservancy, one of the world’s leading environmental nonprofits, this summer, Brochu advised the city of Providence, R.I., about creating an urban forest plan, collecting data about similar efforts from Cleveland to Melbourne. She got the gig, with its one-two interdisciplinary punch, courtesy of BU’s three-year-old URBAN Program, which also involves a year of coursework.

URBAN is open to BU PhD students studying biogeoscience, environmental health, and statistics. The program plans to educate 60 PhD students over its life (five years guaranteed, with a sixth likely), courtesy of a $3 million grant from the National Science Foundation (NSF). This summer’s interns were involved in a range of projects, including planting trees in Arlington, Mass., and tracking wildlife health in the Adirondacks. The goal of the program is to prepare doctoral students for careers in academia, government agencies, NGOs, and the private sector by combining broad training across science along with management, policy, communication, and governance.

Levy is one of three URBAN faculty directors, overseeing the coursework and internships. The latter, which this year received financial support from the Office of the Provost, equips students for tackling urban environmental problems such as “air pollution, heat island effects, cities that are warmer, planting more trees,” says another codirector, 2015 Metcalf Award winner Pamela Templer, a College of Arts & Sciences professor of biology and head of BU’s Biogeoscience Program.

You might think the real-world application of saving the planet would be universally embraced by scientists. It’s not. Levy says that even in his eminently solutions-oriented field of public health, “if you say, ‘I’m doing applied research’…sometimes that’s viewed in a pejorative way, like you’re not doing serious science.” URBAN’s rebuttal is that “you can do cutting-edge, novel, important science as a student…and you can do work that matters and makes a difference.”

“I grew up in New Orleans and Houston, and we’ve been hit by floods and hurricanes there” that scientists believe climate change has worsened, says Bloemendaal (GRS’23), who is working on a PhD in earth and environment.

In her summer internship, she analyzed soil and water contamination data from commercial sites owned by clients of consulting firm Environmental Resources Management. The work involved “delving more into the environmental health side of things. These contaminants affect human health,” says biogeoscientist Bloemendaal. She’s grateful for URBAN’s environmental health aspect “because it’s all connected. We cannot ignore humans or the environment when looking at physical systems, and vice versa…. I want to help cities adapt and work with emerging issues that will become increasingly worse with climate change, such as flooding from sea level rise.”

URBAN also exposes its students to communicating science to nonscientists in the public and in the internship-sponsoring organizations. Other BU programs and universities teach this, but URBAN leans in on it. “With the traditional science degree, which is still the majority of science students—they may get a three-hour seminar on science communication. This is taking it truly to another level,” says Lucy Hutyra, a CAS associate professor of earth and environment and URBAN’s third codirector.

URBAN was born from disappointment. The NSF initially rejected a request for a grant focused purely on biogeoscience with a been-there, done-that rationale, since BU already had the biogeoscience program Templer leads. “I’m so glad that happened, because it was a kick in the pants to say…what do we not have?” she recalls.

What BU and everyone else didn’t have was a program marrying that discipline with environmental health. Templer says that before collaborating on URBAN with Levy, she “didn’t interact with any of these folks over there on the Medical Campus, and now we’re all connecting.”