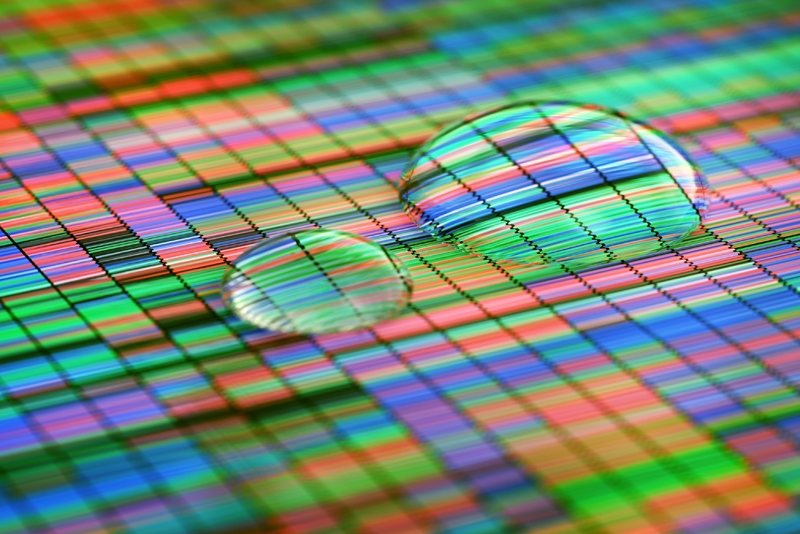 3D illustration of a method of colored DNA sequencing. Two drops of water on the screen. iStock Photo

Home genetic tests like AncestryDNA and 23andMe are more popular than ever, with sales topping $99 million in 2017. But a new study led by a Boston University School of Public Health researcher highlights the potential negative implications of widespread access to personal genetic interpretation tools.

The study, published in Translational Behavioral Medicine, is the first to examine the challenges that may arise when consumers contact healthcare providers about their “raw” DNA interpretation results.

“People often enter the direct-to-consumer (DTC) market for recreational purposes, such as learning about their ancestry,” says lead author Catharine Wang, BU associate professor of community health sciences. “Yet what we started seeing was that these same individuals subsequently come across third-party interpretation services where they proceeded to learn more about their raw DNA made available by ancestry-testing companies.

“We were especially interested in the downstream implications of receiving unexpected disease risk information from these newer services that led consumers to seek out a genetic counselor’s consult,” Wang says.

With the introduction of ancestry genetic testing in 2000 and health risk testing in 2007, the public gained the option of bypassing traditional genetic service providers and accessing genetic information directly from commercial companies. A number of experts have since raised concerns about the marketing and clinical validity of DTC testing services, especially as third-party genetic interpretation services are not regulated by the US Food and Drug Administration.

The researchers surveyed 85 genetic counselors; more than half (53 percent) indicated that they had been contacted by patients following their use of third-party raw DNA interpretation services.

Participants reported a number of challenges when dealing with these patients, including their overemphasis on the validity of the DTC testing results and their resistance to the information subsequently provided by the counselors. Counselors described patients as overconfident in both their existing knowledge and their understandings of what the results meant, which led to challenges when the counselors countered patients’ expectations.

“Our results suggest that misunderstanding of genetic information conveyed on various DTC reports is relatively common and has potentially adverse implications both on the receptivity to the information conveyed by genetic counselors and the emotional responses by patients,” the authors wrote.

The authors argued that the results of the study highlight concerns over lack of oversight of the expanding public access to raw DNA data and called for more oversight over third-party DTC services.

“Study results may inform efforts to support patients and healthcare professionals in this context, to ensure appropriate monitoring of the quality of interpretation services and maximize effective translation of genome-based knowledge for population health,” they wrote.

“Given the extent to which personal genomic testing is now being aggressively marketed, with some companies even offering genome sequencing and corresponding ‘interpretation app du jour,’ we expect this area and its corresponding burden on the health system to grow significantly,” says Wang.