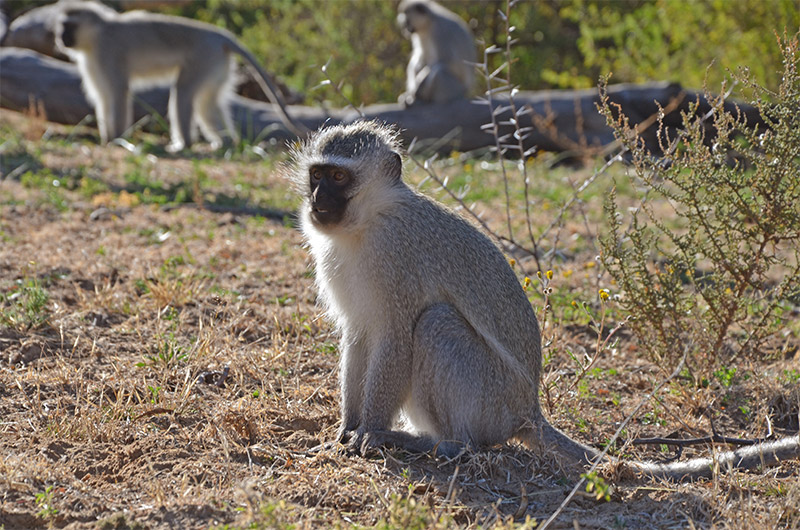 Vervet monkeys in the wild do not get fat, but monkeys in captivity do. BU Assistant Professor Christopher Schmitt wants to understand what combination of genes, environment, and ancestry may trigger obesity. Photos by Ryan Cadiz

In 2004, the monkeys of the Vervet Research Colony got an unpleasant surprise. Scientists had noticed that the 350-or-so African green monkeys, also called vervets, were getting a little chunky, so they changed the animals’ diet from regular monkey chow to high-fiber, high-protein fare. For the vervets, it was goodbye Hungry Man, hello Lean Cuisine.

“It was not a starvation diet, but it was definitely a ‘diet’ diet,” says Christopher Schmitt, an assistant professor of anthropology and biology at Boston University who specializes in primate obesity. “They didn’t really like it. When they started eating it, I think on average everybody lost about 10 percent of their body weight because they just didn’t want to eat it.”

All the monkeys got the new chow, whether they were old, young, pregnant, or breastfeeding, and that sudden dietary shift turned out to be a boon for research scientists like Schmitt, who studies what genetic and environmental factors lead to obesity and how it manifests over time. In examining 15 years of data on the monkeys’ pedigrees and genes, Schmitt found something unexpected: monkeys introduced to the diet in the womb were significantly more likely to be obese as adults. Even stranger, only the male monkeys showed this trend toward obesity, while the females did not. 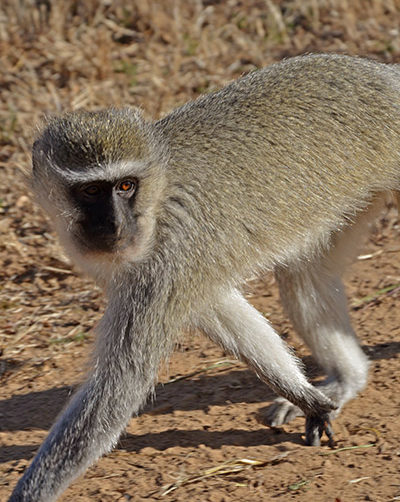 The different outcomes for male and female monkeys are puzzling. “What do they mean in terms of evolution, and what does it mean for adult health?” asks Julienne Rutherford, a biological anthropologist at the University of Illinois at Chicago, who was not involved with the research. “Do obese adult men and women get there by different processes? It’s a surprising finding that we’re all still trying to make sense of.”

The research, published in preview on December 6, 2017, in the International Journal of Obesity, suggests not only a genetic predisposition to obesity, but also contributes to a growing body of evidence pointing to the importance of “gestational programming”—the idea that the environment of the womb influences growth and development throughout a person’s life. 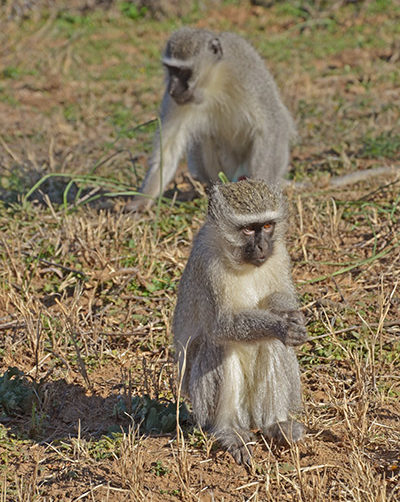 There are some historical parallels in humans, most famously the Dutch Hunger Winter of 1944–1945, when a German blockade cut off food and fuel to parts of the Netherlands. An estimated 18,000 to 22,000 people died. Women who were pregnant during the famine sometimes survived on only 400 to 800 calories each day, and the starvation diet took a toll on their children. Researchers found that women exposed to famine during the second and third trimester of pregnancy had babies with significantly reduced birth weights, and the babies remained small throughout their lives. However, babies whose mothers endured famine during their first trimester had normal birth weights, but grew up to be obese.

Scientists hypothesized that the first-trimester mothers were essentially programming their babies to prepare for a calorie-poor environment, an idea that became known as the “thrifty phenotype” hypothesis. “It’s this idea that mothers can program their offspring in order to best take advantage of the caloric environment that the mother is exposed to,” says Schmitt. “And this may be what’s happening in the case of the vervets.”

For this study, Schmitt collected pedigree data from 906 vervets—and full genetic data for 720—that lived in the colony between 2000 and 2015. (The colony, which has existed since the 1970s and is housed at Wake Forest University, generally has about 350 monkeys at a time; scientists remove males when they reach sexual maturity to replicate behavior in the wild.) Schmitt also had data on the animals’ body weight and crown-to-rump length, from which he was able to calculate their body mass index, or BMI.

About 16 percent of the vervets in the colony are obese at any given time, says Schmitt, even though they are all fed the same diet. Schmitt examined the data from all of them, comparing the chronically obese monkeys to those that never developed obesity, using their genes and pedigrees to look for genetic patterns that might differentiate them.

In addition to the developmental programming finding, he also found approximately 40 different—and surprisingly diverse—genomic regions associated with obesity, including areas associated with type 1 and type 2 diabetes, coronary artery disease, lipid metabolism, glucose transport, and thyroid conditions. Vervets are a particularly good model for studying human obesity, says Schmitt, not only because they are primates like us, but because they also develop type 2 diabetes and metabolic disorders along with obesity, just like humans.

“We recognize that obesity is a complex trait,” says Schmitt, whose research is funded by the National Institutes of Health. “There are some forms of obesity that are really simple, like you have a mutation and you become obese; but for most people, and the problem we’re experiencing in the United States and worldwide right now, it isn’t a single gene. It’s probably hundreds and hundreds of genes, each having a small effect contributing to obesity. And finding the variety of loci that we found really highlighted the complexity.”

Schmitt’s next step is to look at these genetic loci in wild vervets, which generally do not become obese, to try to understand how and why these genes evolved in primates. Ultimately, Schmitt hopes that his work will lead to a better understanding of the genetic underpinnings and environmental triggers of obesity. “The hope is that we could construct a panel of genes that indicate a higher likelihood of becoming obese,” says Schmitt. “And if that’s the case, you could start dietary interventions or exercise interventions early. This isn’t going to help us cure obesity per se, but what it could do is provide us with greater predictive power that might help prevent obesity.”