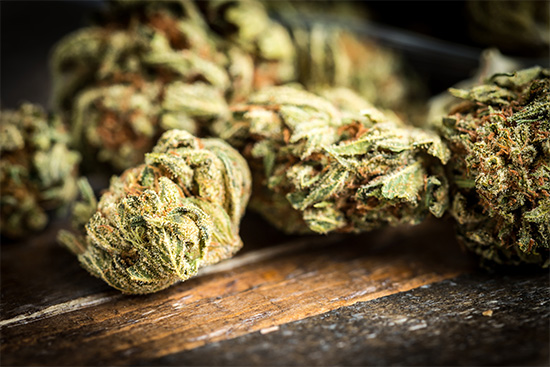 Growing marijuana is the only way to legally obtain it in Massachusetts until retailers, which must be licensed by the commonwealth, are allowed to open in 2018 under the just-passed law. Photo by Juanmonino/iStock

The legalization in Massachusetts of recreational marijuana use, starting December 15, doesn’t mean that every Terrier will now be able to light up. And for those who can, smoking pot on campus, including in dorms rooms, will still be illegal.

While the ballot initiative passed by voters last month allows legal use for those 21 and older, it continues the ban on public pot smoking. Because colleges receive federal money and are bound by federal law, which still prohibits marijuana possession and use, using the drug on campuses remains forbidden for both students and nonstudents.

“The enforcement policy will continue for those under 21 and for smoking in public,” says Scott Paré, acting chief of the BU Police Department. “The use, possession, distribution, or cultivation of marijuana for recreational or medical purposes is not allowed in any Boston University residence hall or on any other Boston University premises. Nor is it allowed at any University-sponsored event or activity off campus or at any student organization event or activity.”

Adults who can use legally, off campus, under the law are limited to possessing one ounce of dried pot or 5 grams of concentrated substance on their person, with another 9 ounces permitted in their primary residence, for a total of 10 ounces permissible at home. Adults can grow up to 6 plants individually, or 12 plants per household when more than one adult lives in the home. Massachusetts law also prohibits driving under the influence of marijuana.

The law will create a “legal gray zone,” in the Boston Globe’s words: while possession, purchase, and use will be legal as of December 15, retail stores selling pot cannot open until January 1, 2018. Nor can you bring marijuana in from other states, including the five states besides Massachusetts that have legalized recreational pot, says Seth Blumenthal, a BU Writing Program lecturer who teaches courses on marijuana law and endorsed the ballot initiative.

Bottom line for adults off campus: “Growing is the only legal way to get it when the law goes into effect,” says Blumenthal (GRS’13). “There are several regulations to growing: how much, where, and what you can do with it after, so that is something people should look at very carefully first.”

On the other hand, the law may affect fewer Terriers than many people think.

“There is a misperception on campus that marijuana use is common among BU students,” says Katharine Mooney (SPH’12), director of Student Health Services (SHS) Wellness & Prevention. In fact, a recent randomized survey revealed that 82 percent of students either have never used marijuana or hadn’t used it in the previous month, she says.

According to BUPD statistics, 61 students have received civil citations for marijuana use in the last three years.

Because federal law still makes marijuana illegal, “traveling out of the state with pot could bring in federal prosecution” for users, “especially on airplanes,” Blumenthal says. “The federal government has cracked down on some rogue dispensaries or growing operations, but nothing much on the user level. I would also point out possible implications of pot use for some international students and their federal status.”

Legalities aside, there are health reasons to dissuade younger people from pot. “Research has consistently shown that brain development of marijuana users who start young is different from those who start after the brain is fully developed”—around the age of 25, says Leah Barison, an SHS wellness counselor. Adolescent brains are “uniquely sensitive” to pot’s effects, Barison says, particularly in the hippocampus, which controls memory, the cerebellum (regulating coordination and muscle control), the basal ganglia (learning and motor skills), the amygdala (emotions), and the cerebral cortex (thinking).

“In the short term,” she says, “effects on these brain areas can impact memory, judgment, perception, and coordination, which, for our students, may mean impaired learning, lower sports performance, and impaired judgment, leading to altered decision-making.” Long-term consequences could be “poor attention, reduced processing speed, reduced memory, and lower IQ.”

Legalized Marijuana: What You Need to Know

There are 22 comments on Legalized Marijuana: What You Need to Know

Legalized Marijuana: What You Need to Know
22
share this