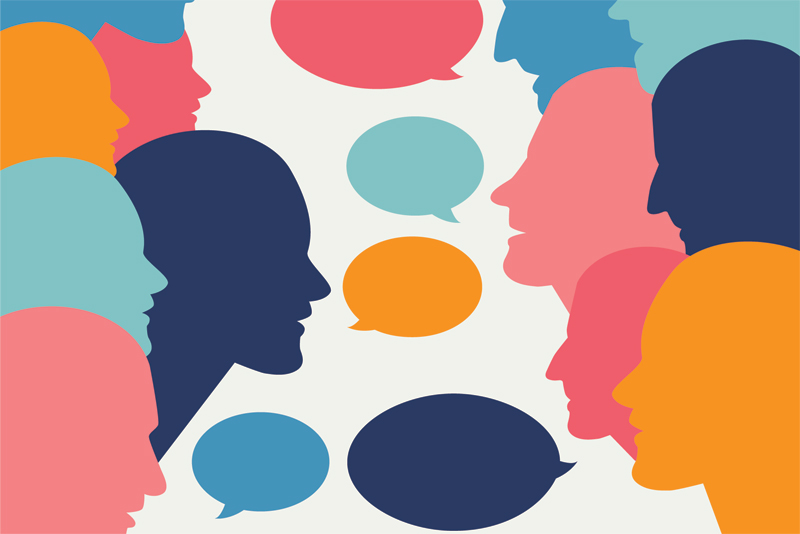 Gathering accurate information on the social lives of people with schizophrenia has long been a challenge for researchers. They have tried to go beyond typical self-reporting methods by asking people to answer questions in the context of their daily lives using personal digital assistants or mobile phones, a method known as ecological momentary assessment. But many people—not just those with schizophrenia—have difficulty providing an accurate picture of their activities that way.

Dan Fulford, a Boston University College of Health & Rehabilitation Sciences: Sargent College assistant professor of occupational therapy, and colleagues from San Francisco State University and the University of Saskatchewan are developing a mobile phone app that collects social data in real time and takes the onus of reporting off the participants. They hope it will help clinicians better understand the illness and soon allow for real-time intervention.

People with schizophrenia—a chronic mental illness that affects about 7 or 8 individuals out of 1,000—often feel isolated. They want to make friends and have relationships, but they can’t seem to translate that desire into action, says Fulford, a clinical psychologist and director of Sargent’s Approach Motivation & Participation (AMP) Lab. The symptoms of schizophrenia can include delusions, hallucinations, and problems with thinking, concentration, and motivation—all of which can make social interaction difficult.

“So, how do we more specifically understand social motivation and drive? And how do we intervene?” asks Fulford, who also collaborates with BU’s Center for Psychiatric Rehabilitation on projects to study motivation and social participation among people with schizophrenia, and how various therapies might affect them.

The app that Fulford and his colleagues are developing will help them identify when a person is feeling isolated; eventually they hope to use it to prompt social engagement. Built by developers from the University of Saskatchewan computer science department and customized for this project, the app employs a phone’s GPS and accelerometer to monitor a person’s movements and activity level. It uses the device’s microphone to record samples of ambient noise, including the participant’s conversations.

“These are random snippets throughout the day of what is happening in their environment,” Fulford says, which will give the researchers “a richer, more qualitative understanding of their social worlds” and deeper insight into “how motivation for social connection breaks down in people with schizophrenia in the real-world environment.”

In this and earlier studies, researchers have found that part of the problem is how people with schizophrenia perceive rewards. “Not the ability to experience satisfaction in the moment, per se—they experience the same pleasure when smelling a flower or tasting a great meal—but it’s more in the anticipatory emotion, in which you’re anticipating feeling good in the future or having a positive outcome,” Fulford says. “That’s where the difficulties seem to lie.”

The idea is that anticipating pleasure (and experiencing pleasure in anticipation) ultimately motivates social interactions. If people anticipate earning a reward from a social situation (e.g., “I will enjoy speaking with Jane”), then they will be more likely to engage in that activity (“I should walk up to Jane and start a conversation”). While people with schizophrenia show healthy levels of in-the-moment pleasure during positive events (“Wow, this is fun!”), they tend to have more difficulty anticipating pleasure, which diminishes their motivation for social interaction.

Ultimately, Fulford says, the app could be set up to help a person reach a defined social goal, such as “improve communication with my brother.” When the app detects social isolation, the subject would be prompted with reminders of the goal (improve communication), requisite steps for goal progress (for example, call brother, share recent experience, ask how he is doing), and strategies for overcoming potential barriers (if brother doesn’t want to talk, here is what you can do . . . ).

Fulford’s collaborator, David Gard, a professor of psychology at San Francisco State University, has been recruiting the study subjects through various mental health programs in the Bay Area, as well as through ads. The researchers expected that up to half of the patients would say they were not interested because they didn’t want to use a mobile phone app that monitors their every move, since people with schizophrenia often experience symptoms such as paranoia and hearing voices. But the researchers have found the opposite to be true. Of the 16 people with schizophrenia asked to be part of the study, only one declined, Gard says.

“People with schizophrenia often show interest in participating in research that will ultimately help others with similar problems,” Fulford says. “Many feel that their involvement meaningfully contributes to the understanding of the disorder.” With a deeper understanding of patients’ interaction with other people, providers may be better able to help them enjoy full, functional social lives.

An App for Understanding Schizophrenia