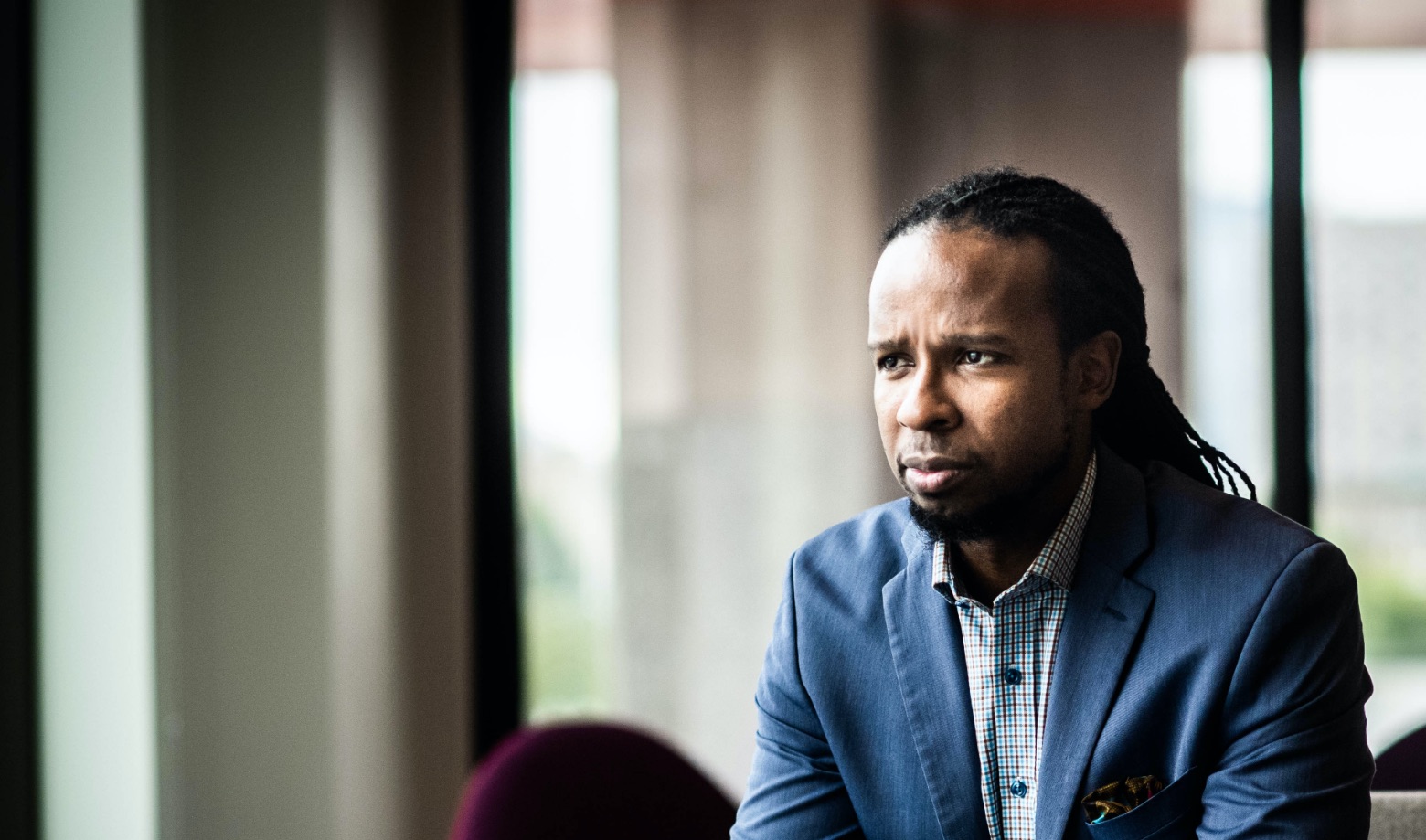 This is the calling of my life”

In a year of police violence against Black people, a global pandemic, and a growing movement for racial justice, Ibram X. Kendi and BU’s Center for Antiracist Research will help lead the way forward

In June, just weeks after George Floyd was killed under the knee of a white police officer in Minneapolis, an interviewer at TED2020 asked Ibram X. Kendi to describe his vision for America.

Kendi, BU’s Andrew W. Mellon Professor in the Humanities, spoke of a country that doesn’t fear Black Americans like him, thus endangering their lives, that appreciates all its people’s human, ethnic, and cultural differences, and that has achieved “equity and justice and shared opportunity for all.”

“This,” he said, “is what could make this country great.”

Kendi, a College of Arts & Sciences professor of history and a scholar of racism who emerged in 2020 as the leading voice in the growing antiracism movement, is on a mission to build such a country. And as the founding director of Boston University’s Center for Antiracist Research—his appointment was nearly a year in the making—he has a plan for doing it.

A question Kendi is often asked: What gives you hope?

He points to the demonstrators, of all races, genders, and ages, who filled the streets of America during this past summer, from Portland, Ore., to Louisville, Ky., to New York City, demanding racial justice.

Kendi knows about the power of hope. In 2018, at age 35, he was diagnosed with stage 4 colon cancer. (He credits the physician he calls “the real Dr. Kendi”—his wife, Sadiqa—with saving his life by insisting he get a colonoscopy.) He got through chemotherapy, debilitating pain, nausea, surgery, and fear by focusing on finishing his third book, How to Be an Antiracist, and believing he would survive and commit his life to creating an antiracist future.

The surgeons pronounced him cancer-free. His books, including the National Book Award–winning Stamped from the Beginning: The Definitive History of Racist Ideas in America, top the best-seller lists. He speaks at universities across the country and appears on countless talk shows.

Word of his move from American University to BU in June sent ripples of excitement across campus and beyond. Students are clamoring to take his classes. Donations to the center are pouring in. Kendi was drawn by BU’s community of scholars—and his new colleagues are eager to work with him.

To talk with Kendi, to read his writings, to hear him speak, is to feel that same electricity. He makes you feel hopeful at a time when so many feel helpless. While as a historian he has “seen racism in all its ugliness in our time and across centuries,” he writes, “I have not lost faith in the beauty of human potential.” He makes you want to believe along with him that change is possible, that against all odds, his vision for an antiracist America is within reach.

Dorsey, a Silicon Valley entrepreneur with a reported net worth of $5 billion, made the gift through his charitable initiative, Start Small, with no strings attached—a signal of his unqualified support of Kendi’s vision of putting academic researchers at the forefront of the movement to dismantle policies that underlie racial inequity and injustice. […]

The Vertex Foundation has donated $1.5 million over three years to support the new Boston University Center for Antiracist Research, under the leadership of its founder and director, Ibram X. Kendi, one of the nation’s leading scholars of racism.

The nonprofit Vertex Foundation is a long-term source of charitable giving and part of the corporate giving commitment of Boston-based global biotechnology company Vertex Pharmaceuticals, Inc. […]

Black people are dying from the coronavirus at more than two times the rate of white people, says racism scholar Ibram X. Kendi, the founding director of Boston University’s new Center for Antiracist Research. “The question,” says Kendi, “is why.”

The Rockefeller Foundation, a global science-driven philanthropy founded more than a century ago, is giving the BU center $1.5 million over two years to tackle that and other questions around racial disparities in the United States—and to provide solutions. […]

The endowed Mellon Professorship is one of BU’s highest honors, held by only one other person in the University’s history: Elie Wiesel (Hon.’74), the late Holocaust survivor and 1986 Nobel Peace Prize laureate who fought for decades for human rights around the world and who died in 2016. […]

Ibram X. Kendi, one of America’s leading voices in the growing movement to dismantle systemic racism, has been named to Time magazine’s annual list of the 100 most influential people in the world.

In a Turbulent Time, Ibram X. Kendi and BU’s Center for Antiracist Research Will Help Lead the Way Forward

In a Turbulent Time, Ibram X. Kendi and BU’s Center for Antiracist Research Will Help Lead the Way Forward
0
share this