The ecological significance of flying foxes and why we should care. 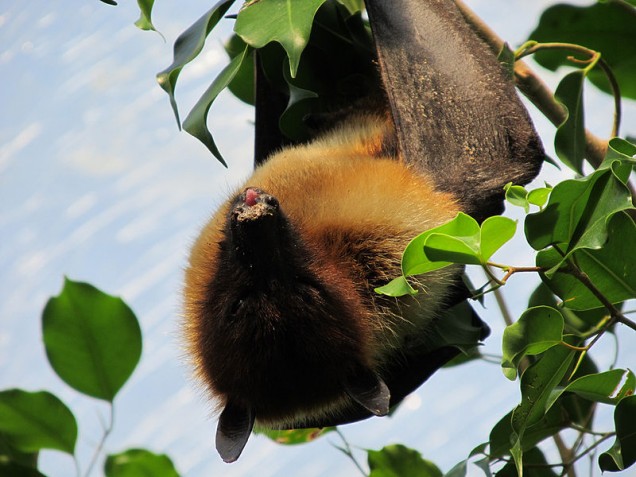 This species of flying fox is a native of various East Asian islands. Credit | KCZooFan via Wikimedia Commons

Many people have never heard of flying fox bats, but these winged mammals are extremely important to both their native habitats and surrounding human populations. However, their numbers have been declining over the past several decades. This trend is alarming because flying foxes fulfill several key ecological roles in island ecosystems, which are particularly interconnected. The decline or removal of such an island species has the potential for a drastic impact on the rest of an island’s native plant and animal species. Factors that contribute to the decline and endangerment of these bats are overhunting and deforestation. The conservation of flying foxes faces several different challenges, including the tremendous mobility of the bats across international borders, the lack of consistency in current conservation laws, and the lack of public awareness about the viruses they carry.

The majority of flying foxes are classified under the genus Pteropus, which contains 65 species. Named for their unique appearance, these bats generally have wingspans of one to two meters, but they usually weigh less than one kilogram.1,2 Their range extends from the Polynesian Islands in the South Pacific Ocean to the eastern coast of Africa, with the largest concentration of flying fox species found east of the Indian Ocean.3,4 Flying foxes, unlike many other types of bats, congregate in tropical forests rather than caves.5,6 They are strictly frugivorous and nectarivorous mammals, meaning that they derive all of their key nutrients from fruits and nectar.3,7,8 Although they feed at night, they are also sometimes active in flight during the day. 1, 6 Their roles as pollinators and seed dispersers are critical to the regeneration of forests, especially in island ecosystems, where the number of seed disperser species is often small.3 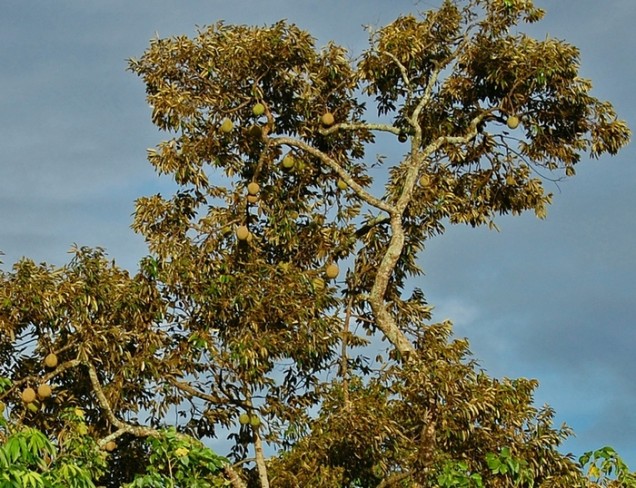 Not only do these bats benefit their ecosystem, they help humans as well. Flying foxes are seed dispersers for more than 300 different paleotropical plant species. In turn, these plant species provide many products that are valuable in both local and global economies, including timber, medicine, beverages, and fresh fruits.1,3 Nectarivorous bats—which include flying foxes—are the most effective pollinators of the all-important Southeast Asian durian plant, which has a global trade value of over $1.5 billion per year.5

Bat Numbers on the Decline

Though these bats are crucial for a healthy ecosystem, their outlook is grave: 18 out of the 30 flying fox species native to the 11 countries of Southeast Asia were “Red Listed” by the Southeast Asian Mammal Databank, indicating that they are of some level of conservation concern.5 One of the main causes of these declines is extensive hunting by humans.1,8 Most of the flying fox meat resulting from this hunting is for human consumption.6 However, in certain cultures, the meat is believed to have medicinal purposes, such as curing respiratory illnesses like asthma or aiding women recovering from childbirth.8,9 A third motivation for the hunting of flying foxes is their perception as a pest by orchard farmers; some farmers go so far as to hire bounty hunters to rid the area of flying foxes.1,8 As a result, enormous numbers of flying foxes are killed. For instance, in Malaysia, issued hunting licenses permitted the killing of up to 87,000 individuals of Pteropus vampyrus between 2002 and 2006 alone. Researchers predict that if this pattern continues unchecked, the species will eventually be driven to extinction.8

“If this pattern continues, the species will be driven to extinction. A second threat to flying fox populations is the rampant deforestation occurring in their habitats across their range. In the western Indian Ocean, the habitat of the endangered Pteropus livingstonii in the Union of the Comoros is disappearing at a rate of nearly 4% per year.10 Since these bats depend on tree cover for roosts and visit fruiting and flowering trees for food, deforestation is recognized as one of the significant factors in their current and future population declines.5,6,7,9

Flying fox conservation has become more complex in recent years with the discovery that these fruit bats have the ability to carry and transmit deadly viruses without displaying adverse symptoms themselves.7,1 Outbreaks of two diseases in particular, the Hendra and Nipah viruses, have claimed the lives of both livestock and humans in Australia, Malaysia, and other countries.9,1 Further outbreaks may be expected if human-to-bat contact through food or hunting continues or increases.9

Some progress has been made to understand and preserve flying foxes and their habitats. In areas of Australia, the hunting of flying foxes has come under strict regulation by the government.1 In one area of Borneo, it is now illegal to hunt flying foxes.8 The Southeast Asian Bat Conservation Research Unit, established in 2007, has identified the conservation of flying foxes as an immediate and top priority.5 Additionally, there have been advances in tracking the movements of individual bats by satellite, but it is still a new area of research. Because of the mobility of flying foxes, which allows them to cross international borders, researchers emphasize the necessity of combined international conservation cooperation.7 Therefore, the conservation goals for flying foxes must be twofold: halting the transmission of these infectious diseases while also protecting the biodiversity flying foxes represent in the paleotropics.

Clearly, flying foxes are crucial members of their tropical environment, but they hold great global significance as well. The conservation of flying foxes has implications for fields as diverse as international relations, ecology, and economics. As citizens of the global community, we should appreciate the benefits that we receive from flying foxes and other endangered species, especially those living on the other side of the world.  In preserving these species, we are protecting the diverse habitats of the earth now…and for the future.

Is wind energy really as “green” as we think? END_OF_DOCUMENT_TOKEN_TO_BE_REPLACED