Not Your Old McDonald’s Farm

Vertical farms could provide the food of the future. 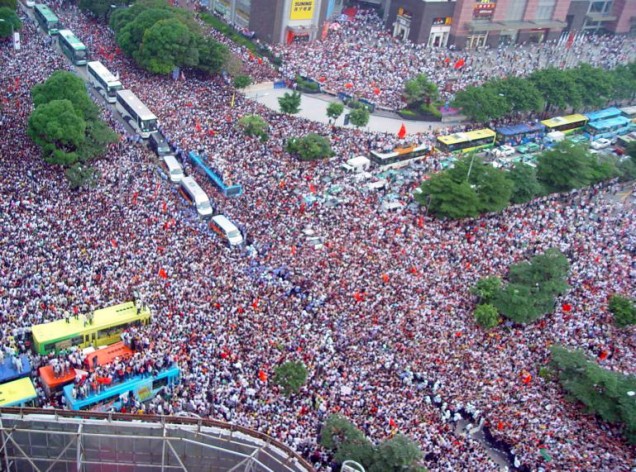 According to a growing body of evidence, the human species may be in crisis.  Earth is becoming overpopulated, polluted, and drained of resources at an alarming rate. The basic issue is simply about numbers: there are a whole lot of us, and not much land. The planet is currently populated by 7 billion human beings, and projected to rise to 9.5 billion people by 2050.1 In order to feed the growing population, we would need an area of additional farmland approximately the size of Brazil.2 Yet we cannot create much more arable land than we have. The productivity of plant life may already be at maximum capacity even as we try to increase crop yield year after year.3 We need to work with what we have already taken to meet our needs.

Unfortunately, we are not using our resources wisely.  Commercial agricultural practices typically have high-energy costs due to irrigation methods, fertilizer, and fuel usage.  As the cost of fuel increases, so does the market cost of food. While products like corn ethanol reduce fuel costs in the short term, this means more of our limited crop supply is not available for consumption and may further increase the cost of food. The current system also forces us all to depend on a select few countries to produce enough to feed the whole world, causing high shipping costs, and one poor growing season can place dire limitations on all of us.4 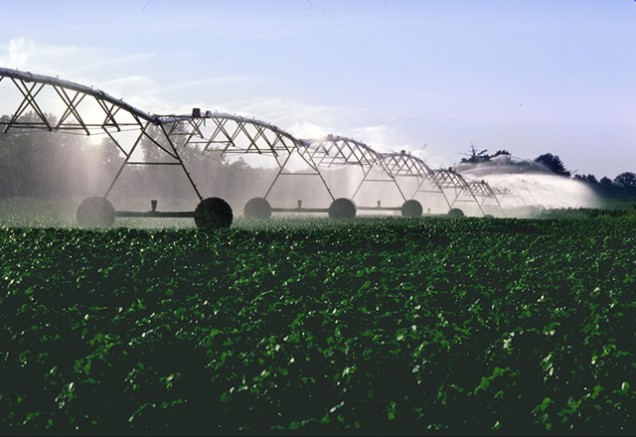 The mass majority of fresh water used is for irrigation needs. Credit | USDA via Wikimedia Commons

Furthermore, current irrigation methods waste more water than any other human activity. Between 70% and 90% of the world’s freshwater supply (which is a mere 3% of all water to begin with) is used for irrigation of farmland and then rendered unsanitary for human use due to pesticides.2 On top of these issues, modern agricultural practices cause high outputs of pollutants in our air and water and lead to food-borne illnesses due to unsanitary animal overcrowding. Our only hope is to change the way we feed ourselves, to reduce waste and to maximize efficiency without increasing our consumption of materials. What we need is another agricultural revolution.

The vertical farm is a potential solution for these global issues. Ideally, a vertical farm would be a large, independently operating structure centrally located in a major city. It would feature two multistory, skyscraper-like buildings working together- one to manage food production with nutrient film techniques, and another to manage waste through living machines and generate energy with photovoltaic cells and carbon sequestering. Popularized in recent years by Dr. Dickson Despommier, a professor at Columbia University, the concept originated in the 1950’s with a “Glass House” and has been further developed by several innovators over the years.5 Controlled Environment Agriculture (CEA), which allows for control of temperature, pH, and nutrients, has also been employed in for many years in commercial greenhouses in order to produce crops unsuited for the local climate. Although these greenhouses are often high-yielding, they typically require fossil fuels that produce considerable emissions, and do not eliminate agricultural runoff. In contrast, the vision of the vertical farm is one of grand scale: sky-scraping, glass-paneled buildings placed in every major urban center to provide affordable, carbon neutral, pollutant-free food to the cities’ residents. A project of this scale involves a huge number of factors, all dependent on the ratio of cost to potential yield. This could completely change the way we get food from the ground to the table. Instead of shipping produce from several states away, or from outside of the country, grocery stores could stock fruits and vegetables grown right in the heart of their city. It would reduce pollution, increase production, and be healthier for ourselves and the planet. 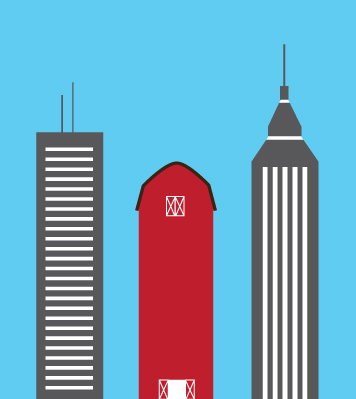 Constructing vertical farms within major cities may eliminate the problems of land shortage, pollution, deforestation, water shortage, and unsanitary practices commonly found in the agriculture industry around the world. Office spaces could be located nearby for the business and management end of the operation. This design would have high initial costs, but over time would recoup these losses and become highly profitable while benefiting urban centers and the environment. Savings from reduced energy and maintenance costs would over time compensate for initial losses, and sales profits are projected to be comparable to stock market averages.2 Despite high costs for technology and construction at the upstart, vertical farms could have astounding effects on local and global populations. The cleanliness and convenience of an environmental friendly food center would improve the property value of surrounding urban neighborhoods and improve quality of life. It would be an economic boon to cities and generate a wide range of new urban jobs, but would cause employment and sales losses for rural farmers. Global effects could be even more important. This design would be especially effective in tropical and subtropical locations, where incoming solar radiation is at a maximum and controlled climates are easiest to maintain. If implemented in less developed nations in these locations, vertical farms could transform those economies and be a catalyst to slow excessive population growth as urban agriculture is adopted as a strategy for sustainable food production. It might also reduce or eliminate the occurrence of armed conflict over natural resources, such as water and land, as both would be more available thanks to successful conservation.

Putting the Design to Work

Vertical farming proposes to be the ultimate design for sustainability and conservation of resources. A controlled climate allows for high yield, year-round crop production. Consider strawberries as an example: 1 acre of berries grown indoors produces as much fruit in one year as 30 outdoor acres.2 Generally, growing indoor crops is four to six times more productive than outdoor farming. This method also protects plants against inclement weather, parasites, and disease, so fewer crops are lost and toxic chemicals are not needed for pesticides. Using special dirt-free hydroponic systems and re-circulating ‘living machines’, we can even recycle city waste water and turn it into clean water for irrigation.6 This method of water use would drastically reduce consumption, eliminate most pollutants found in runoff, and lead to cleaner rivers, lakes and oceans.  Additionally, a vertical farm could add energy “back to the grid”, rather than consuming nonrenewable fossil fuels. Tractors, plows and shipping trucks, all “gas guzzlers”, would be unneeded in a vertical farm.  A combination of solar panels and sequestered methane generated from the composting of non-edible organic materials could generate the heat necessary for a controlled climate.7 Essentially, the building could run on sunshine and garbage. Waste from other parts of the city could even be reduced if we were able to incorporate it for methane generation in our farm. Vertical farming might be our answer for low waste, high yield farming of the future.

However, we likely won’t see this solution implemented any time soon.  While technologically possible today, urban vertical farms are unlikely to find a place in society in the near future because of the finances required to begin this endeavor. Hope lies with universities and private institutions to expand the idea with further research and with far-sighted investors to provide the funds to implement this incredible solution. Perhaps with more information, a corporation could be convinced to finance the first commercial vertical farm.

2 Despommier, Dickson D. The Vertical Farm: Feeding Ourselves and the World in the 21st Century. New York: Thomas Dunne, 2010. Print.