Death and destruction in the developing world – are plants to blame? 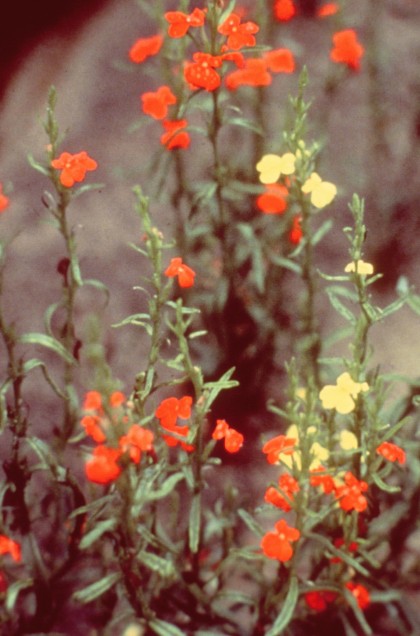 The media often mentions atrocities committed in developing countries. Most of these crimes are attributed to vicious dictators, nasty civil wars, poor infrastructure, and ignorance of the people. However, one of the main culprits, one guilty of causing countless cases of malnutrition, starvation, and poverty, is not human, but plant. Plants are generally thought of as passive organisms that create an ambient and stable environment. However, many people do not know that plants can be parasitic. These parasitic plants generally target other plants from which they absorb nutrients necessary for growth and survival. One of the most widespread and deadly parasites is the Striga genus of plant parasites of whichStriga asiatica causes some of the greatest damage. Striga asiatica is native to Sub-Saharan Africa and Asia, places where malnutrition, starvation, and poverty are rampant and most farmers are subsistence farmers.

Striga asiatica is a beautiful flowering plant, but its real nature is truly deadly for many farmers. In fact its harm to farmers can be seen through the name given to it by American farmers after it was briefly introduced to the United States – witchweed. Its seeds are very small and almost indiscernible by the naked human eye. Not only is it almost impossible to see, but it can live dormant in the earth for up to 20 years while waiting for a signal from the host in order to initiate germination. Striga asiatica growth is initiated by chemical signals from hosts, which are usually types of grasses such as corn and sorghum. Once the plant has parasitized it host, host growth is severely stunted. Striga asiatica is known to reduce crop yields by up to 90%, and also releases thousands of hardy seeds to cause the cycle again.1 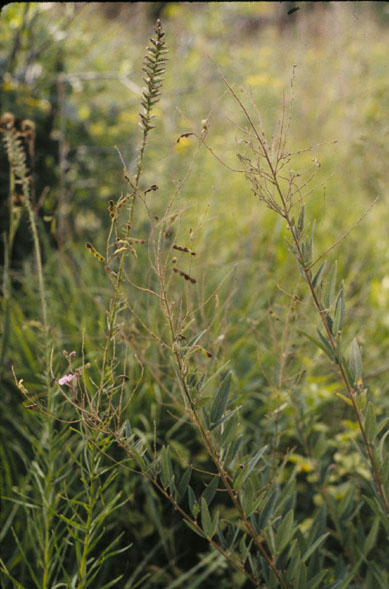 One of the major policies that has been undertaken to stop the agricultural yield losses due to this parasite is the attempt to establish better farming practices. One way to do this is “intercropping,” wherein Desmodium, a type of legume, is grown along with Striga asiatica. The properties of Desmodium allow it to suppress Striga asiatica growth while allowing crops to grow.2 Another approach has been to breed a Striga asiatica resistant crop. This research has focused mainly on Zea mays (corn) and some very promising finds have been made. In fact a strain of Zea mays known as TMV-1 resulted in only a 13.3% yield loss.3 Obtaining the ability to use specialized corn, however, is often expensive and an unlikely alternative for subsistence farmers in many of the afflicted regions.

Other approaches have focused on herbicides. A promising and inexpensive type of herbicide known as acetolactate synthase (ALS)-inhibiting herbicides has been shown to suppress Striga asiatica growth by 75-95%.4 However, these approaches have been difficult to implement and do not completely eradicate the problem posed by the parasite. Therefore, the most promising research that is being conducted in regards to Striga asiatica focuses on the plant-plant small molecule signaling that occurs between Striga asiatica and its host, which can theoretically provide a permanent solution.

This plant-plant small molecule signaling model is known as semagenesis and has a wide variety of potential impacts. Research into communication between Striga asiatica and its host has led to the identification of numerous germination stimulants. These stimulants are mainly quinones, which are common organic cyclic structures that act as oxidizing agents, such as 2,6-dimethoxy-1,4-benzoquinone (DMBQ) and cyclopropyl-p-benzoquinone (CPBQ). By identifying these stimulants, scientists have been able to develop synthetic germination stimulants similar to these quinones. Since DMBQ analogs have been able to induce germination without the presence or organic products of a host, this cheap germination stimulant could be used to preemptively induce growth of the parasite.5 Without the presence of the host plants, the parasites can only live about a week. After this period, crops can be planted without suffering a reduced yield.

Further research has found other molecules that have a large effect on Striga asiatica growth, and even plant growth in general.6 These molecules include monolignols, which are the precursors to lignin, the compound that makes up the secondary cell wall of plants. Monolignols are also the oxidative precursors to germination stimulating benzoquinones and other highly reactive oxygen species. These highly reactive compounds are known for causing symptoms of aging and are the reason why food companies inundate consumers with antioxidant labels. This study provides an intriguing preview into the evolution of plants because it shows that all plants, not just parasitic plants, have pathways relevant to parasitism.

Even more recent experiments have focused on using RNAi, or RNA interference, which allows regulation of gene activity. Specifically, genes can be downregulated or knocked out in order to identify the plant parasitism mechanisms and the genes responsible for the parasite’s growth. The greatest potential use for this research is for the creation of anti-parasitism measures.

Plants have already been used to create many drugs and medical therapies. Continued research of parasitic plants using RNAi could give new insights into human metabolic pathways, genetic mutations, and countless other mechanisms. Most importantly, we may be able to develop methods of manipulating plant parasitism in developing countries, which would benefit the most from a boost in agricultural production.

The next time you hear about the food crises occurring in Africa and Asia, remember that the people who solve many of the issues plaguing these regions are not only politicians and social workers, but even scientists.