Since 1950, the University Lecture has offered members of the BU community and the general public an opportunity to hear from distinguished faculty about the outstanding and often groundbreaking research and scholarship in which they are actively engaged.

University Lecturers represent a vast array of disciplines and research topics, yet share a common commitment to excellence in scholarly inquiry and discovery. The annual lecture provides an opportunity to highlight the work of a distinguished scholar and engages both the University community and the broader public in the vibrant intellectual life of Boston University. 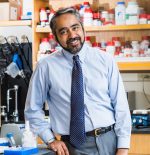 Muhammad Zaman is Howard Hughes Medical Institute Professor of Biomedical Engineering, International Health, and Materials Science & Engineering in the Boston University College of Engineering. Professor Zaman’s current research focuses on two distinct areas: (1) Developing a fundamental understanding of tumor invasion and metastasis by building realistic model systems in the lab to study cancer progression; and (2) developing robust technologies and systems-level solutions to improve the quality of medicines, particularly as they relate to anti-microbial resistance and mortality and morbidity issues in low income settings, including refugee settlements.

Technologies developed by Professor Zaman and his lab are in various stages of implementation in a number of developing countries. Scientific American has named innovations from the Zaman lab among the top 10 technologies that will change the world. Professor Zaman is also part of Prime Minister of Pakistan’s national task force to reform the national health sector.

In addition to his research, Professor Zaman is actively engaged in improving access to quality engineering education in a number of countries in Africa, Middle East and Asia. With the support of the UN Economic Commission in Africa, he has helped set up biomedical engineering departments at universities in Kenya, Zambia, Uganda, Ghana and Ethiopia, with a focus on addressing local challenges through innovation and technical capacity building. In 2017, he co-founded Pakistan’s first citizen science festival, the Lahore Science Mela, which attracts over 20,000 people every year.

Professor Zaman is a prolific writer, having authored over 120 peer-reviewed research articles and hundreds of columns on refugee health, drug quality, and global health for major newspapers around the world, including the New York Times. He has also authored two books for broad general and academic audiences. His first book, Bitter Pills (Oxford University Press, 2018), examines the global challenge of substandard and counterfeit drugs and the need for integrated solutions, from innovation and technology to public health and regulation, to address their prevalence and relation to global anti-microbial resistance challenges. His forthcoming book, Biography of Resistance (Harper Collins, 2020), looks to history, culture, attitudes, our own individual choices, and collective human behavior in creating the biggest public health challenge of our time.

Diversity and Plasticity of Life: A Biologist’s Journey from Embryo Self-Defense to Sexual Behavior
Presented by Karen Warkentin

Sacred Waters: Historical Ecology, Power, and the Soul of the Blue Nile
Presented by James McCann

A Bionic Pancreas for Type 1 Diabetes:  The Long-Awaited Alternative to the Ever-Elusive Cure
Presented by Edward Damiano

The D-Lightful Vitamin D for Health
Presented by Michael Holick

The Ponzi Scheme Puzzle: The Stories Behind Some of the Biggest Liars in History
Presented by Tamar Frankel

The Wonderful Things of Punt: Excavations at a Pharaonic Harbor on the Red Sea
Presented by Kathryn Bard

Not a Note Too Many: Beethoven, McCartney, & Miles 2010
Presented by Jeremy Yudkin

Aeroecology: The Next Frontier
Presented by Thomas H. Kunz

Macbeth and the Show of Kings
Presented by William C. Carroll

Crossing the Watershed: Biological and Other Worlds in the Post-Genomic Era
Presented by Charles Delisi 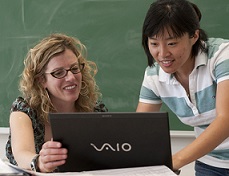 The Office of the Provost is proud to shine a bright light on faculty and students who, through hard work, character and commitment to excellence help to define BU's vibrant academic community.