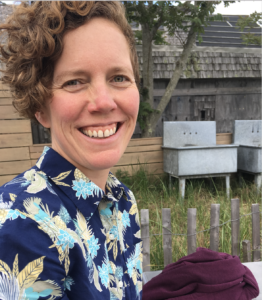 Professor Maxwell is Associate Professor of Political Science and Women’s, Gender, & Sexuality Studies. She is the author of Public Trials: Burke, Zola, Arendt, and the Politics of Lost Causes (Oxford UP, 2015), the co-editor of Second Nature: Rethinking Nature Through Politics (Fordham UP, 2014), and the co-author of The Right to Have Rights (Verso, 2018). Her articles have appeared in Political Theory, Contemporary Political Theory, and Theory and Event.
She is currently completing a book, entitled Insurgent Truth: Chelsea Manning and the Politics of Outsider Truth-Telling, and beginning a new project in environmental and queer political theory.