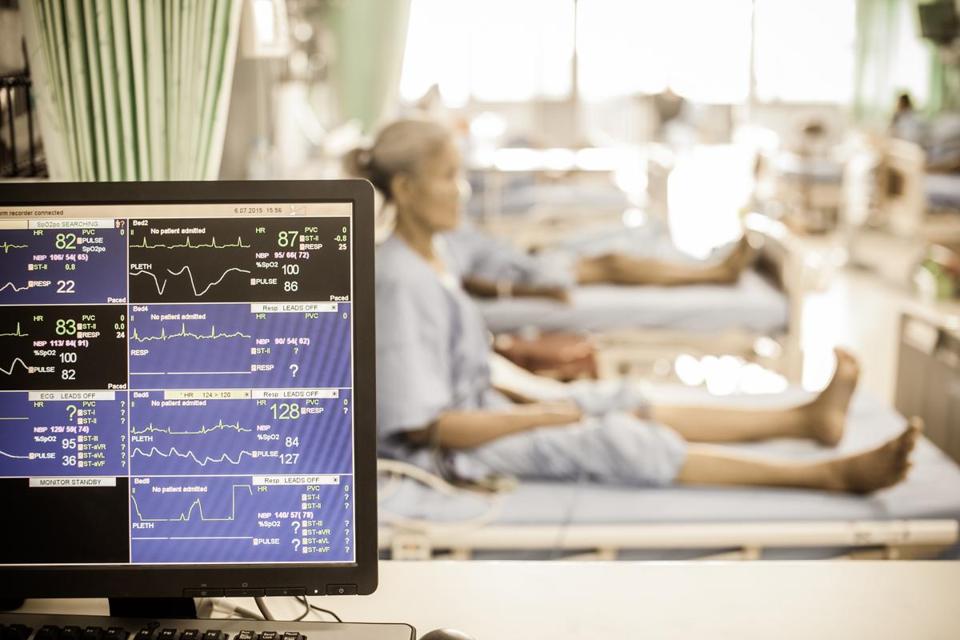 Plamen Ivanov is a Research Professor in the Center for Polymer Studies in the Department of Physics at Boston University and Director of the Laboratory for Network Physiology.

When Plamen Ivanov walked into Massachusetts General Hospital last year, Ednan Bajwa wasn’t sure what to make of him. Ivanov, a physicist at Boston University, was not sick and hadn’t come seeking medical care. Instead, he had a proposal for Bajwa, who is the director of MGH’s medical intensive care unit: He wanted to collect hours and hours of data on vital signs from Bajwa’s patients and analyze it to see if he could create an atlas of how organ systems interact. Bajwa recalls that initially he was mystified.

“If you’re a physician reading this stuff, you’re like what the heck is he talking about,” he says.

Ivanov is a founding member of a field that he calls “network physiology.” At Boston University he leads a research group composed of people with backgrounds in statistics, physics, and signal processing — very different fields than the ones usually associated with cutting edge medical research. These perspectives are necessary, Ivanov explains, because he’s trying to develop a whole new way of thinking about how the human body works.

“The complexity behind the anatomics of individual organ systems and the dynamic coupling between systems,” Ivanov says, “is such that it requires a special preparation that physicists and computational scientist have, not necessarily biologists, physiologists, and clinicians.”

Medicine today takes what’s generally referred to as a reductionist approach to understanding disease. In this view, physicians consider the body on an increasingly fine scale, from organs down through cells, proteins, and molecules. This way of thinking about how the body works is similar to trying to understand the macro-scale physical world by studying its most basic parts — elements, atoms, subatomic particles, and so on down the rabbit hole.

There are limits to this approach. In particular, the reductionist view can leave doctors at a loss to explain sudden overall changes in a person’s health.

“A lot of this is a function of us not understanding physiology all that well,” Bajwa says. “Organs shut down sometimes for unclear reasons. There’s a bad infection, kidneys stop functioning, we don’t always know exactly why that happens.”

Physicists refer to the sudden shift from one state of matter to another — like a liquid into a solid — as a phase change. To study these shifts, which may provide a framework for thinking about similarly dramatic shifts in the human body, they work by the credo, “more is different.” This means that you can understand the properties of atoms all you want, but when you put enough atoms together in the right way you get water, which is something completely different and far more complex than its component parts. Condensed matter physicists are trained to think this way, to take a broad view of a system and study the forces and interactions that shape it.

“When you look at really complex systems, most people would try to reduce it into individual elements,” says Kang Liu, a postdoctoral fellow in physics at Boston University who works with Ivanov. “But even when you have simple elements, they interact with each other and you’ll see emergent behavior that can’t be described as the sum of the individual elements.”

Ivanov, whose work is supported by a recent grant from the W.M. Keck Foundation, wants to take this perspective from physics and apply it to the study of the human body. To do this, he’s taking a big data approach. Patients in hospitals are hooked up to all sorts of instruments that produce data on how their organs are functioning — EKGs, EEGs, mechanical ventilators. Ivanov wants to collect as much of this data as he can and probe it statistically, to see if he can tease out how organ systems communicate with each other and coordinate behaviors. In one of the group’s first papers, Ivanov and his colleagues analyzed vital signs from healthy patients to detect three different ways in which respiratory rate is coordinated with heart rate.

This approach to discovery, of collecting a lot of data and seeing what kinds of patterns emerge, is very different than the way research in medicine usually unfolds. The more typical approach is to generate a specific hypothesis and devise an experiment to test it, and Bajwa says this difference made him slightly skeptical when Ivanov introduced himself.

But, the more he learned about the idea of network physiology and Ivanov himself, the more receptive he became. “I asked colleagues in similar fields and [Ivanov] came well-recommended, his story sort of checked out,” Bajwa says. “We met several times, he was very persistent, he kept on asking and asking and eventually broke down our resistance over here.”

Within the next three months Bajwa expects that MGH will begin sending Ivanov vital signs data from patients in the medical intensive care unit. Ivanov and his colleagues will analyze that data, with the goal of creating maps of how organ systems interact. If the research proves fruitful, Ivanov imagines that one day hospital patients will be hooked up to a whole new kind of monitor. Instead of narrowly measuring blood pressure, heart rate, and brain activity, these devices would track the relationships between key organ systems — alerting doctors to cataclysmic phase changes in human health before they occur.