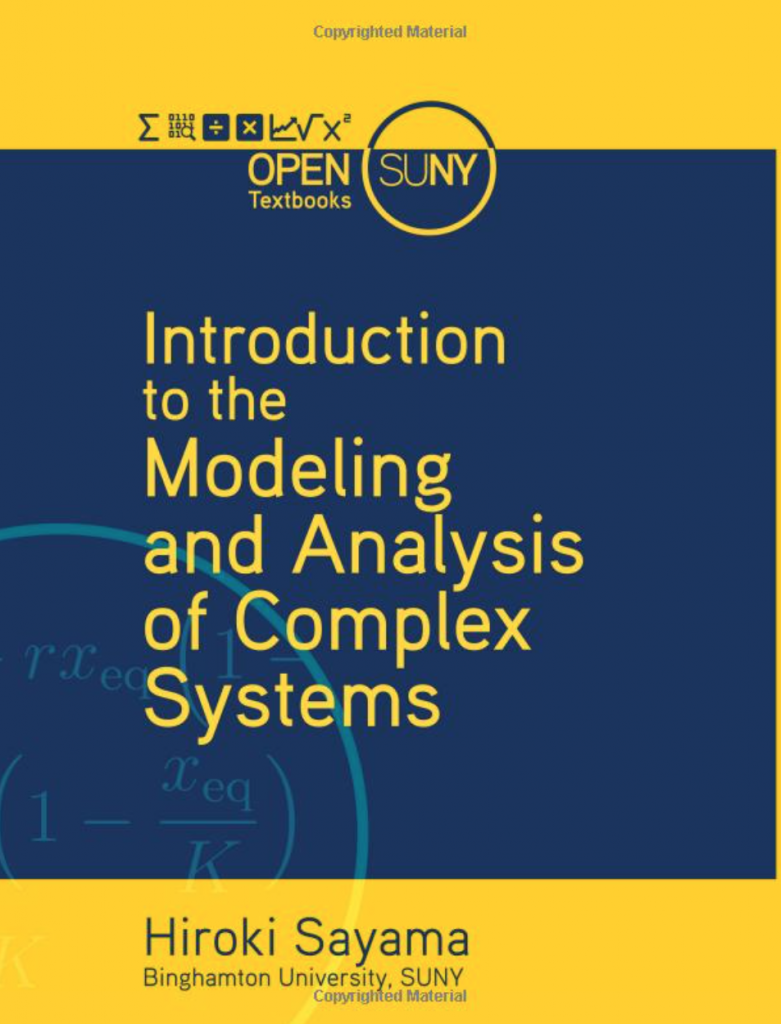 Introduction to the Modeling and Analysis of Complex Systems introduces students to mathematical/computational modeling and analysis developed in the emerging interdisciplinary field of Complex Systems Science. Complex systems are systems made of a large number of microscopic components interacting with each other in nontrivial ways. Many real-world systems can be understood as complex systems, where critically important information resides in the relationships between the parts and not necessarily within the parts themselves. This textbook offers an accessible yet technically-oriented introduction to the modeling and analysis of complex systems. The topics covered include: fundamentals of modeling, basics of dynamical systems, discrete-time models, continuous-time models, bifurcations, chaos, cellular automata, continuous field models, static networks, dynamic networks, and agent-based models. Most of these topics are discussed in two chapters, one focusing on computational modeling and the other on mathematical analysis. This unique approach provides a comprehensive view of related concepts and techniques, and allows readers and instructors to flexibly choose relevant materials based on their objectives and needs. Python sample codes are provided for each modeling example. 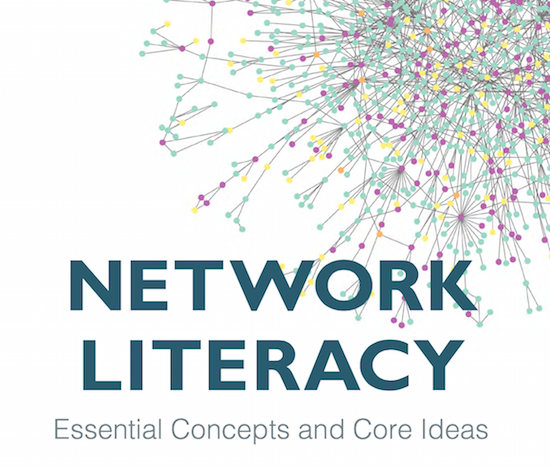 A paper describing the success of the project NetSci High is now published as part of the proceedings for the 6th Workshop on Complex Networks (CompleNet).

We present NetSci High, our NSF-funded educational outreach program that connects high school students who are underrepresented in STEM (Science Technology Engineering and Mathematics), and their teachers, with regional university research labs and provides them with the opportunity to work with researchers and graduate students on team-based, year-long network science research projects, culminating in a formal presentation at a network science conference. This short paper reports the content and materials that we have developed to date, including lesson plans and tools for introducing high school students and teachers to network science; empirical evaluation data on the effect of participation on students' motivation and interest in pursuing STEM careers; the application of professional development materials for teachers that are intended to encourage them to use network science concepts in their lesson plans and curriculum; promoting district-level interest and engagement; best practices gained from our experiences; and the future goals for this project and its subsequent outgrowth.

Changing the world one network at a time

We all know networks facilitate human communication, deepen insight into the human condition, and solve myriad problems in business and society on timescales of seconds. But increasingly, the same ideas about how these connections are made are being leveraged against the most complex and pernicious problems of our time.

The science of complex networks, also known as "Network Science," seeks patterns in a variety of data and leverages them against large-scale knowledge management and discovery. It is used in business, medicine, policymaking, and virtually all complex science disciplines today. Network Science helps us understand everything from the structure of the human mind, to the origins of cancer, to the growth of cities, to our impact on the environment.

In collaboration with Cisco CSR, The New York Hall of Science (NYSCI) and colleagues at Binghamton University, Boston University and the Network Science Center at West Point are working to expand a program to bring powerful, but hitherto elite network science ideas into the lives of high school teachers and students for preparing the next generation of scientists and policymakers to solve humanity's greatest challenges.

Affectionately known as "NetSci High," the program started as a small research competition back in 2011 with only 13 students and teachers, but has grown to over 80, It's a rigorous program in which we train teams of students to learn data gathering, computer programming, modeling and analysis using a variety of computer-based tools along with the theory and techniques that help them do original research in network science. An important aspect of the program is to train high school teachers in both network science and research mentorship skills, so they can help students identify research pathways and solve problems throughout the experience.

The student teams work in collaboration with university research labs and graduate student mentors in completing the research. High school student and teacher teams have done research in protein interaction networks, intercellular communication networks, social networks, and technological networks at places like Harvard, Columbia, City University of New York, SUNY Binghamton, and Boston University. They have presented internationally at some of the most important scientific conferences on complexity and network science, to policymakers and published in the peer review journal PLoS One. Initial results of the program indicate that:

In 2012, NetSci High inaugurated a relationship with the Cisco Networking Academies in New York City and chose Chelsea Career and Technical Education High School to participate in the program. We recruited a team of Networking Academy students to train and work with scientists on a yearlong complex network research project with Stevens Institute's Howe School of Technology Management.

Their project will trace the evolution and movement of rumors on Twitter. The percolation of rumors in social networks of all kinds is of huge importance to society and having access to millions of Twitter feeds, their interconnections and changing content, has implications for everything from national security to marketing to education.

This will culminate in students presenting the results of their research at conferences to some of the most important network scientists next year. The Chelsea students have participated in a rigorous summer workshop at Boston University where they learned programming, modeled and analyzed networks, and brainstormed about research projects with Stevens Institute researchers. The fundamentals they learn in the Cisco Networking Academy give them an advantage in reasoning skills, handling command line programming and building and analyzing network models. NYSCI and Cisco are partnering to expand this relationship to other Networking Academy teachers and students. With the help of the Cisco Networking Academies, Cisco is helping NetSci High expand its impact through Cisco's educational ecosystem.

The initial success and enthusiasm of Chelsea experience is not only helping to bring scalability to NetSci High, but is bringing together interdisciplinary teams of teachers in a workshop hosted by NYSCI to brainstorm about ways that putting a network science lens on existing high school curricula can help revolutionize instruction through 21st century STEM skills.

By building on the success of the Cisco Networking Academies, and leveraging emerging platforms for instruction, collaboration and video conferencing, NYSCI and Cisco hope to bring the power of network science to expanding groups of high school students and teachers and eventually lifelong learners throughout the country and the world, helping to facilitate a revolution in both learning and science.

This is a reprint of article on Huffington Post by Steve Uzzo: Changing the World One Network at a Time