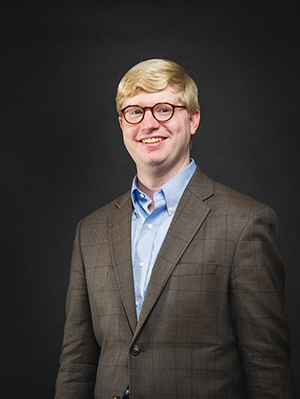 Tyler Perrachione looks for the source of reading disorders, like dyslexia, in the brain. Photo (right) by Jackie Ricciardi.

It’s there, at the start of every conversation: the moment it takes your brain to adjust to an unfamiliar voice. It only lasts for a second or two, but in that brief time, your brain is thumbing its radio dial, tuning in to the unique pitch, rhythm, accent, and vowel sounds of a new voice. Once it is dialed in, the conversation can take off.

This process is called rapid neural adaptation, and it happens constantly. New voices, sounds, sights, feelings, tastes, and smells all trigger this brain response. It is so effortless that we are rarely even aware it’s happening. But, according to new work from Tyler Perrachione, assistant professor at Boston University’s College of Health & Rehabilitation Sciences: Sargent College, and colleagues at the Massachusetts Institute of Technology and Massachusetts General Hospital, problems with neural adaptation may be at the root of dyslexia, a reading impairment that affects millions of Americans, including an estimated one-in-five to one-in-twenty schoolchildren. Their experiments, published December 21, 2016, in the journal Neuron, are the first to use brain imaging to compare neural adaptation in the brains of people with dyslexia and those who read normally. The research was supported by the Lawrence Ellison Foundation, the National Institutes of Health, and the National Science Foundation.

In the team’s first experiment, volunteers without dyslexia were asked to pair spoken words with images on a screen while the researchers used functional magnetic resonance imaging (fMRI) to track their brain activity. The subjects tried the test two different ways. In one version, they listened to words spoken by a variety of different voices. In the second version, they heard the words all spoken by the same voice. As the researchers expected, the fMRI revealed an initial spike of activity in the brain’s language network at the start of both tests. But during the first test, the brain continued revving with each new word and voice. When the voice stayed the same in the second test, the brain did not have to work as hard. It adapted.

But when subjects with dyslexia took the same tests, their brain activity never eased off. Like a radio that can’t hold a frequency, the brain did not adapt to the consistent voice and had to process it fresh every time, as if it were new. The difference was even clearer in dyslexic children between ages six and nine, who were just learning to read; in a similar experiment, their brains didn’t adapt at all to repeated words.

Perrachione and his colleagues wondered if the adaptation glitch was unique to spoken words, or if people with dyslexia would have trouble adapting to other kinds of stimuli, too. So they tried a second set of experiments, in which they showed subjects a repeating series of words, pictures, or faces, again using fMRI to look for the decline in brain activity that signals neural adaptation. Again, they found that the brains of people with dyslexia did not adapt—or did not adapt as well—as those without. “We found the signature everywhere we looked,” says Perrachione.

The results suggest that dyslexic brains have to work harder than “typical” brains to process incoming sights and sounds, requiring additional mental overhead for even the simplest tasks. “What was surprising for me was the magnitude of the difference. These are not subtle differences,” says Perrachione. The extra brainwork might not be noticeable most of the time, but it seems to have a singularly prominent impact on reading.

The results could solve a paradox that has stumped dyslexia researchers for decades. “People with dyslexia have a specific problem with reading, yet there is no ‘reading part’ of our brain,” says MIT neuroscientist John Gabrieli, co-author on the Neuron article, who was Perrachione’s PhD advisor when he conducted much of the research reported in the paper. Injuries to specific parts of the brain can cause people to lose particular skills, like the ability to speak, that sit in those brain regions. But because the brain doesn’t have a discrete reading center, it’s hard to understand how a disorder could handicap reading and only reading.

This new work partially solves the paradox because rapid neural adaptation is a “low-level” function of the brain, which acts as a building block for “higher-level,” abstract functions. Yet that opens up another mystery, says Gabrieli. “Why are there other domains that are so well done by people with reading difficulty?”

The answer has to do with the way we learn to read, the researchers think. “There’s almost nothing we learn that’s as complicated as reading.” That’s because learning to read is mentally cumbersome. The human brain did not evolve to read—literacy has been commonplace only in the last two centuries—so the brain must repurpose regions that evolved for very different ends. And the evolutionary newness of reading may leave the brain without a backup plan. “Reading is so demanding that there’s not a successful alternative pathway that works as well,” says Gabrieli. It’s like using a stapler to pound a nail—the stapler can get the job done, but it takes a lot of extra effort.

The fMRI results show which parts of the brain are straining but don’t tell researchers exactly why people with dyslexia have a different adaptation response. In the future, Perrachione and his colleagues hope to examine how neurons and neurotransmitters change during adaptation. “Finding a basic thing that’s true in the whole brain gives us a better opportunity to start looking for connections between biological models and psychological models,” says Perrachione. Those connections may one day lead to better ways to identify and treat kids with dyslexia.

A version of this article originally appeared on  BU Research.