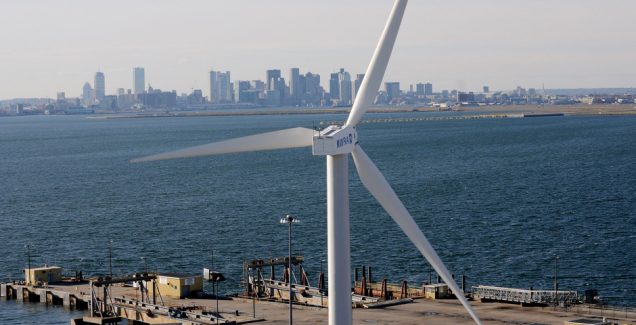 Join us for a virtual briefing on June 9th to learn how policymakers can support solutions-oriented graduate education and workforce training that equips leaders from diverse backgrounds to solve complex climate challenges.

ON THE CHARLES RIVER 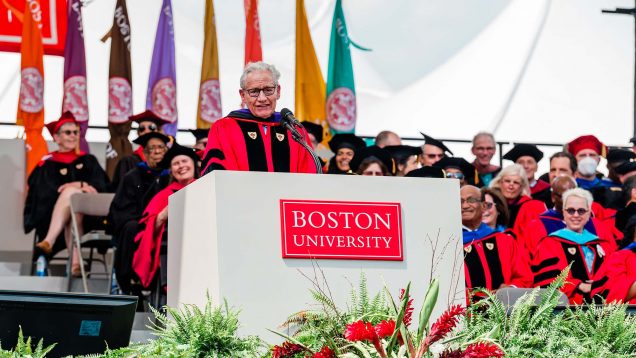 Addressing the Class of 2022, Woodward tells graduates, "Don’t be in a hurry to do what may be the wrong thing in your life... Stay engaged.…Play a part, either small or large. Pitch in in some way." 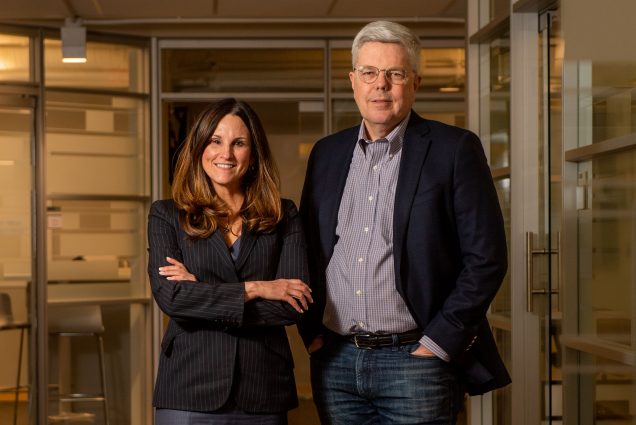 Can We Prevent Antibiotic Resistance?

Antibiotics are losing effectiveness—and millions are dying as a result. CARB-X, a BU-based partnership that aims to solve antimicrobial resistance, has been given up to $370 million in new funding from the US government and charitable foundation Wellcome.

See how we're solving the problem

In Case You Missed It...

Kevin Outterson of the BU School of Law will join Sen. Michael Bennet (D-CO) and Rep. Drew Ferguson (R-GA) tomorrow for a virtual panel discussion on antibiotic resistance hosted by The Hill... The White House cited data from the BU Initiative on Cities Menino Survey of Mayors that indicates more than a quarter of the nation's mayors anticipate making significant cuts to their police budgets and services... BU College of Fine Arts Dean Harvey Young writes that the recent shooting in Buffalo exposes his hometown's history of segregation in The Chicago Tribune... Astraea Augsberger and Mary Elizabeth Collins of the BU School of Social Work explain how persistent childhood poverty is overwhelming the child welfare system in The Conversation... Mayank Varia of the Hariri Institute for Computing discusses how cryptographic research can inform public policy.

Naomi Caselli of Wheelock College of Education & Human Development gave the graduate commencement address at Gallaudet University on May 13th.

Associate Provost for Computing & Data Sciences Azer Bestavros attended a virtual meeting of the National Science Foundation’s Computer & Information Science & Engineering Advisory Committee, of which he is a member, on May 16th and 17th.

Kevin Outterson of the School of Law and CARB-X spoke at a Capitol Hill panel discussion about antibiotic resistant infections hosted by the Partnership to Fight Infectious Diseases on May 18th.

Acting Director of the White House Office of Science and Technology Policy (OSTP) Alondra Nelson spoke about co-producing knowledge with communities as a means to promote federal research equity during an address to the National Academies of Sciences, Engineering, and Medicine on May 12th. Dr. Nelson explained that co-production puts diverse communities at the center of a research project, with scholars meaningfully considering a community's knowledge and expertise and inviting members of the community to be intimately involved in a project and its outcomes. Nelson indicated that co-production is critical to carrying out President Joe Biden's goals of addressing societal grand challenges, such as climate change and addressing racial inequities. She also fielded questions on the need to make scientific data more understandable and usable as well as the importance of addressing certain communities’ mistrust in the government.

EVENTS NEWS YOU CAN USE

The Hariri Institute for Computing and Computation Science & Engineering is hosting a day-long workshop on June 6th for researchers to explore how systems science and simulation modeling can be used to advance public health and reduce health inequities. Speakers include Dr. Kellina Craig-Hendersen, Deputy Assistant Director for the Social, Behavioral and Economic Sciences Directorate at the National Science Foundation, who will discuss the importance of the social sciences in adopting these methods. The BU community is invited to join researchers from around the country to investigate the barriers preventing wide-spread adopting of simulation methods in population health and how they can be addressed.

The House Appropriations Committee invited officials from the National Institutes of Health (NIH) and the National Science Foundation (NSF) to testify about the Biden Administration's proposed budget for each agency on Wednesday. Lawmakers expressed concerns that the President had requested a $4 billion increase for the new Advanced Research Projects Agency - Health (ARPA-H), while only requesting a minimal increase for the NIH. Members of the committee asked NSF Director Sethuraman Panchanathan about the agency's research security protocols, its programs to expand participation in federal research, and how the NSF partners with industry. The annual hearings are a key part of how Congress determines agency budgets and priorities for the following fiscal year, which begins on October 1st.

The National Science Foundation (NSF) recently issued a request for people to serve on its scientific advisory committees, which provide advice on the research agenda and policies of each of its directorates. Serving on federal scientific advisory committees gives investigators the opportunity to help shape future research, innovation, and education agendas for the nation. College of Engineering Dean Kenneth Lutchen and Associate Provost of the Faculty of Computing & Data Sciences Azer Bestavros are among the BU faculty who have served on NSF advisory committees. BU Federal Relations can assist faculty who want to put together a nomination package.

Learn about the opportunity

Boston University invites you to Building the Next Generation Climate Workforce: Innovative Solutions from Around the Country - Thursday, June 9th, 2022, 12:00 - 1:00pm EST on Zoom. This briefing was rescheduled from Thursday, April 28, 2022.

ON THE CHARLES RIVER 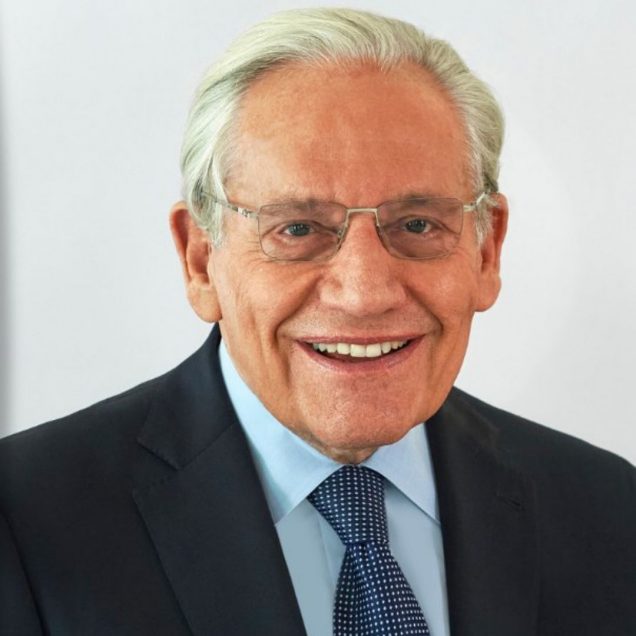 See who's coming to Commencement 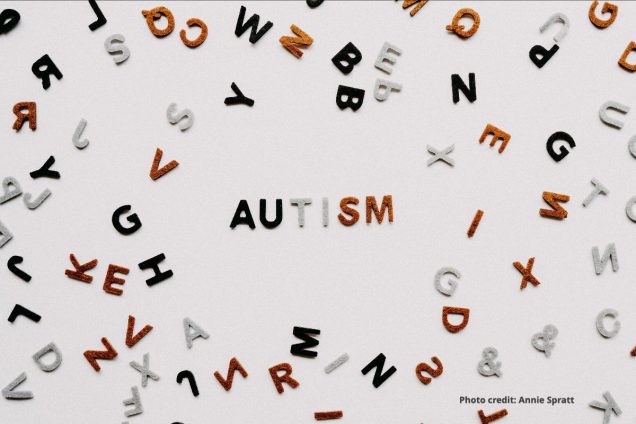 Why Do So Many Autistic Girls Go Undiagnosed?

BU researchers discuss genetics, societal factors, and "masking" as factors that could contribute to autism being diagnosed three or four times more often in boys than in girls. Their work is supported by the Institute of Education Sciences at the U.S. Department of Education. 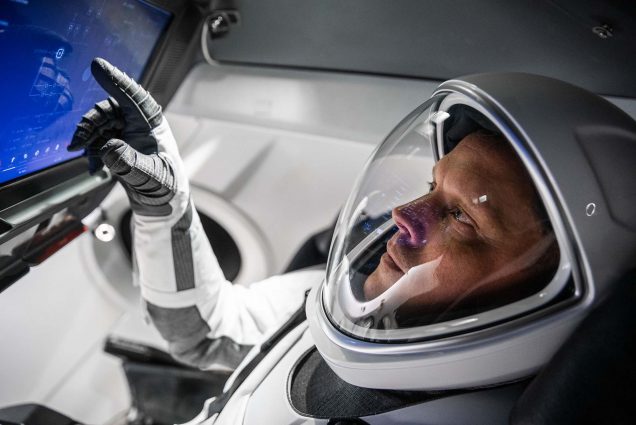 NASA pilot Bob Hines (ENG '97) is one of four crew members who launched from the Kennedy Space Center on April 27th for a stay on the International Space Station.

In Case You Missed It...

Join BU LAW Professor Kevin Outterson for a Capitol Hill conversation about the challenges of antibiotic resistance on May 18th, 2022.

BU’s under-construction Center for Computing & Data Sciences had a special visitor last Wednesday: Boston Mayor Michelle Wu, who was given an individual tour from Robert A. Brown, BU president.

College of Communication Dean Mariette DiChristina spoke on a panel during a National Academies of Sciences, Engineering, and Medicine workshop on improving public understanding of engineering on April 21st.

Sanaz Mobasseri of the Questrom School of Business spoke at a meeting of the National Academies of Sciences, Engineering, and Medicine's Committee on Advancing Antiracism, Diversity, Equity, and Inclusion in STEM Organizations on April 22nd.

Are you looking for funding to establish a research center or support large-scale research collaborations? Federal Relations recently posted an updated compendium from Lewis-Burke Associates that analyzes the federal resources available to support large research centers. The document provides detailed information on current funding competitions at the National Science Foundation, the National Institutes of Health, the Department of Defense, the Department of Energy, and the National Aeronautics and Space Administration, as well as future opportunities that are currently under development.

GRANTS NEWS YOU CAN USE

The Office of Elementary and Secondary Education within the U.S. Department of Education is inviting applications for the Education Innovation and Research (EIR) program. The EIR program supports efforts to create, implement, and evaluate innovative, evidence-based solutions to academic challenges facing high-need students. The EIR program has three tracks: Early-Phase, Mid-Phase, and Expansion. Each track requires a different level of prior evidence of effectiveness and level of scale. During the implementation of an EIR project, grantees are encouraged to develop evidence of effectiveness and new strategies to improve student achievement and attainment. Applicants and grantees are also asked to develop organizational plans on how the project would continue through implementation after federal funding ends.

Rebecca Ray of the Global Development Policy Center spoke at an event cohosted by the Center and the Inter-American Dialogue on the China-Latin America economic relationship on April 12th.

Sabrina Assoumou of the School of Medicine participated in a National Academies of Sciences, Engineering, and Medicine workshop on addressing misinformation about biological threats between April 6th and 8th.

Joseph Fewsmith of the Pardee School of Global Studies served on a Heritage Foundation panel on what to expect from the 20th National Congress of the Chinese Communist Party on April 7th.

Boston University, Harvard University, Massachusetts Institute of Technology, and Tufts University sent a memorandum to Massachusetts Congressional offices this month asking lawmakers to invest in student aid and research as Congress begins the fiscal year 2023 budget process. The universities requested lawmakers double the maximum Pell Grant award for low-income students, robustly fund research agencies such as the National Institutes of Health and the National Science Foundation, and support cultural agencies such as the National Endowment for the Humanities. Congressional committees are holding hearings on federal agency budgets this month as they gear up to write the spending bills that determine the agencies' budgets.

EVENTS NEWS YOU CAN USE

How did one quote from my entire interview get selected for the story? Why did the reporter pass on my pitch? How are deadlines determined? Come ask your questions directly to reporters on Wednesday, May 4th at 3 p.m. at a virtual, interactive workshop sponsored by BU Public Relations | Social Media and the Office of Research. Attendees will learn how the media selects topics and story angles, how journalists source experts, and best practices for media pitches, interviews, and relationship building. The session will also cover the professional expectations and challenges reporters face when covering science-related issues—and how to successfully weave your findings, perspectives, and insights into the news cycle.