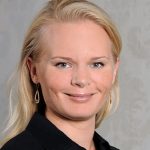 Professor Kaija Schilde (BA Lewis & Clark College; MA University of Pennsylvania; PhD University of Pennsylvania) is an Associate Professor at the Boston University Pardee School of Global Studies. Her primary research interests involve the political economy of security and transatlantic security. Her book, The Political Economy of European Security (Cambridge University Press, 2017) investigates the state-society relations between the EU and interest groups, with a particular focus on security and defense institutions, industries, and markets. Her research interests span multiple dimensions of the historical institutionalism of security organizations, including the causes and consequences of military spending; the relationship between spending, innovation, and capabilities; defense reform and force transformation; the politics of defense protectionism; and the international diffusion of internal and border security practices. She has published articles in the Journal of Common Market Studies, European Security, and the Journal of Peace Research. 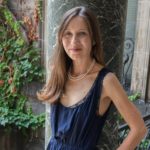 Elizabeth Amrien (BA, Fordham University; MDiv, Yale University; MBA, Boston University) manages the programs and finances for the Center for the Study of Europe and the Center for Latin American Studies at Boston University. Elizabeth’s responsibilities include outreach and publicity, program development, grant writing, and oversight of other new and ongoing initiatives, including an active Visiting Researcher program. Previously, she served as managing director of the Institute for Human Sciences at Boston University (IHS), where for eight years she oversaw the strategic operation and development of the institute’s programs.

Since 2002, Elizabeth has organized over 500 public and scholarly events (lectures, panel discussions, exhibits, film screenings, and international conferences) at Boston University, featuring prominent politicians, policy-makers, artists, activists, writers, and intellectuals. In the spring of 2015, she authored her fourth successful grant proposal to the European Commission Delegation in Washington DC, for a two-year project entitled “Getting to Know Europe: EU Future(s),” the goal of which was to launch a longer-term conversation on the future of Europe, what “Europe” means, and what its next steps ought to be.

Elizabeth’s personal interests lie at the intersection of politics and culture, business and spirituality. She is an impassioned advocate for food justice and in 2009 organized an international symposium on the Future of Food: Transatlantic Perspectives, highlighting sustainable, conscious food politics.

Stay apprised of all Europe-related events on campus. Sign up for our newsletter!

“Religion and Authoritarianism” The Institute on Culture, Religion, and World Affairs (CURA) and...

The Seventh Member State: Algeria, France, and the European Community

The European Parliament Liaison Office in Washington DC is pleased to announce...